"Seeking innovation and novelty", Modi had called for the participation of personnel below officer rank in these meetings, which officials say could end up "diluting" the services command-and-control structure. 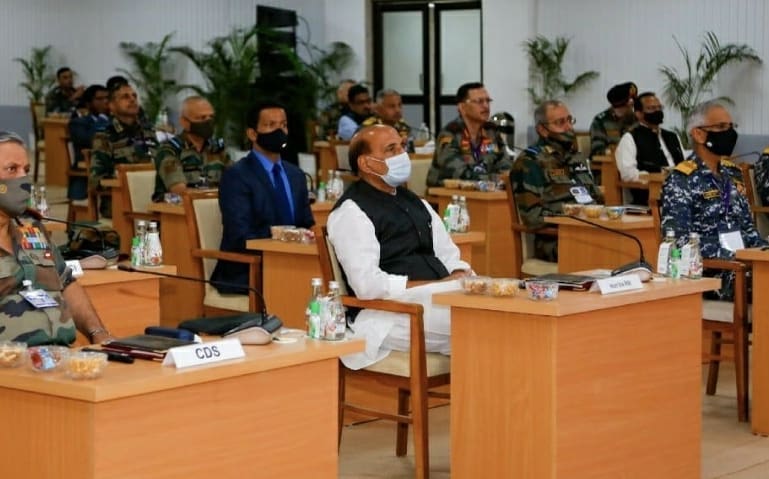 Chandigarh: The participation of personnel below officer rank (PBOR) in the ongoing Combined Commanders Conference (CCC) at Kevadia in Gujarat, following a recent government directive, has been widely castigated as “disruptive, disturbing and uncalled-for” by serving and retired Indian military officers.

Many said such a move, reportedly at the behest of the Prime Minister’s Office which had mandated the attendance of junior commissioned and non-commissioned officers, and jawans at the two-day CCC, could eventually end up  “bypassing or diluting” the services’ long-nurtured and critical command-and-control structure.

The relevance of opening this up to PBORs needs careful consideration for obvious reasons, especially with regard to overall command structures, added Bhonsle, one of the few retired officers commenting on this unexpected move, who is willing to be named.

Other veterans – and serving officers – were more forthright, but preferred to remain anonymous for fear of reprisals, either from the administration or the services or both. One former three-star Indian Army officer declared that India’s armed forces were not a “political party that called for all-cadre representation in its highest forum, and neither is it a panchayat”. It is a professional institution, developed over centuries with form, tradition and operational experience that is conditioned to operate in a hierarchical structure to fight wars, he declared. The Indian Army came into existence under the British East India Company in the late 18th century, whilst the Indian Navy and the Indian Air Force were founded by the colonial administration in 1934 and 1932 respectively, albeit with the appellation ‘Royal’ which was scrapped after independence.

Also read: Why a Former Navy Chief is Right to Say ‘Evil of Sycophancy’ Will Undermine India’s Military

“What kind of participation, inputs and wisdom is expected from PBOR at the CCC, which is primarily meant to discuss strategies, defence policies and inter-services matters of national importance?” asked another retired one-star Indian Navy officer. By inviting PBORs to the CCC the government, he said,  appears oblivious to the implications of bypassing the military’s strict and uncompromising chain of command.

Furthermore, PBORs would in no way contribute to the agenda of the meeting, he observed, serving merely to ‘localise’ matters in a multi-service forum intended for complex presentations and discussions, considering the enduring military challenge from China on India’s disputed northern border.

Apart from the three service chiefs, the two-day CCC comprises their respective three-star commanders and, since last year, the newly appointed Chief of Defence Staff (CDS) General Bipin Rawat, India’s senior-most military officer. The gathering is customarily addressed by the prime minister, who provides broad directives on dealing with India’s prevailing circumstances and future security and military challenges, which are then followed by individual service presentations.

For years, this conclave was convened at South Block in New Delhi, headquarters of the Indian Army and Indian Navy, but after Prime Minister Narendra Modi’s BJP-led government assumed power in 2014, its venue changed each time.  In 2015 the CCC was held aboard INS Vikramaditya, India’s sole aircraft carrier and in 2017 at the Indian Military Academy or IMA in Dehradun. More recently, it took place at the Indian Air Force’s (IAF’s) fighter base at Jodhpur, thereby evenly dividing the CCCs meeting places between bases and platforms manned by all three services.

However, official sources said that this year the PMO, forever seeking innovation and novelty, called for PBOR participation, reasoning that a ‘grassroots’ approach by soliciting PBOR insights at the CCC would prove ‘beneficial’ to the services’ overall functioning. It figured that inputs from PBOR of all three services would further ‘smoothen man-management’ issues in India’s 1.5 million strong military, rendering them even more operationally efficient.

Many service officers, however, privately disagree.

They declared that PBOR-related matters were routinely discussed at Sainik Sammelans’ or Soldiers Conferences, analogous darbars and accompanying Burra Khana’s or Big Feasts, where the levels of informality were high and grievances freely aired and redressed. Besides, India’s military – especially the Indian Army – was an independent and well-knit constituent of officers and PBORs that did not require outside intervention.

Also read: The Indian Armed Forces and Petals: Yet Another Entertainer for the Indian Public?

Diluting this symbiotic relationship via an alternate political power centre could adversely impact and dilute this bond, cautioned one two-star Indian Army officer, as PBORs could look to a higher authority for succour.

Many serving military officers also agree, that in accordance with standard operating procedures or SOPs, the PBOR attendees at the CCC would have been diligently culled from each service, and their presentations vetted multiple times by a long line of officers, before eventually being approved by the commanders themselves.

“In effect, the entire spectacle will be a well-rehearsed pantomime choreographed to the last detail,” one army officer said. It will proceed according to a pre-determined script, he declared, but make for ‘good optics’ and a photo opportunity. It could also politically benefit the BJP in the upcoming assembly elections in Assam, West Bengal, Kerala and Puducherry, which collectively provide adequate numbers of recruits to all three services., the officer added.

But military analysts like Major General Mrinal Suman (retired) dismiss all such criticism of  PBOR participation in the CCC as ‘motivated and short sighted’.

“There is nothing negative or adverse about involving PBOR in the CCC, as it only makes jawans, JCOs and NCO’ feel more involved in service matters by giving them an overall sense of belonging,” he said. 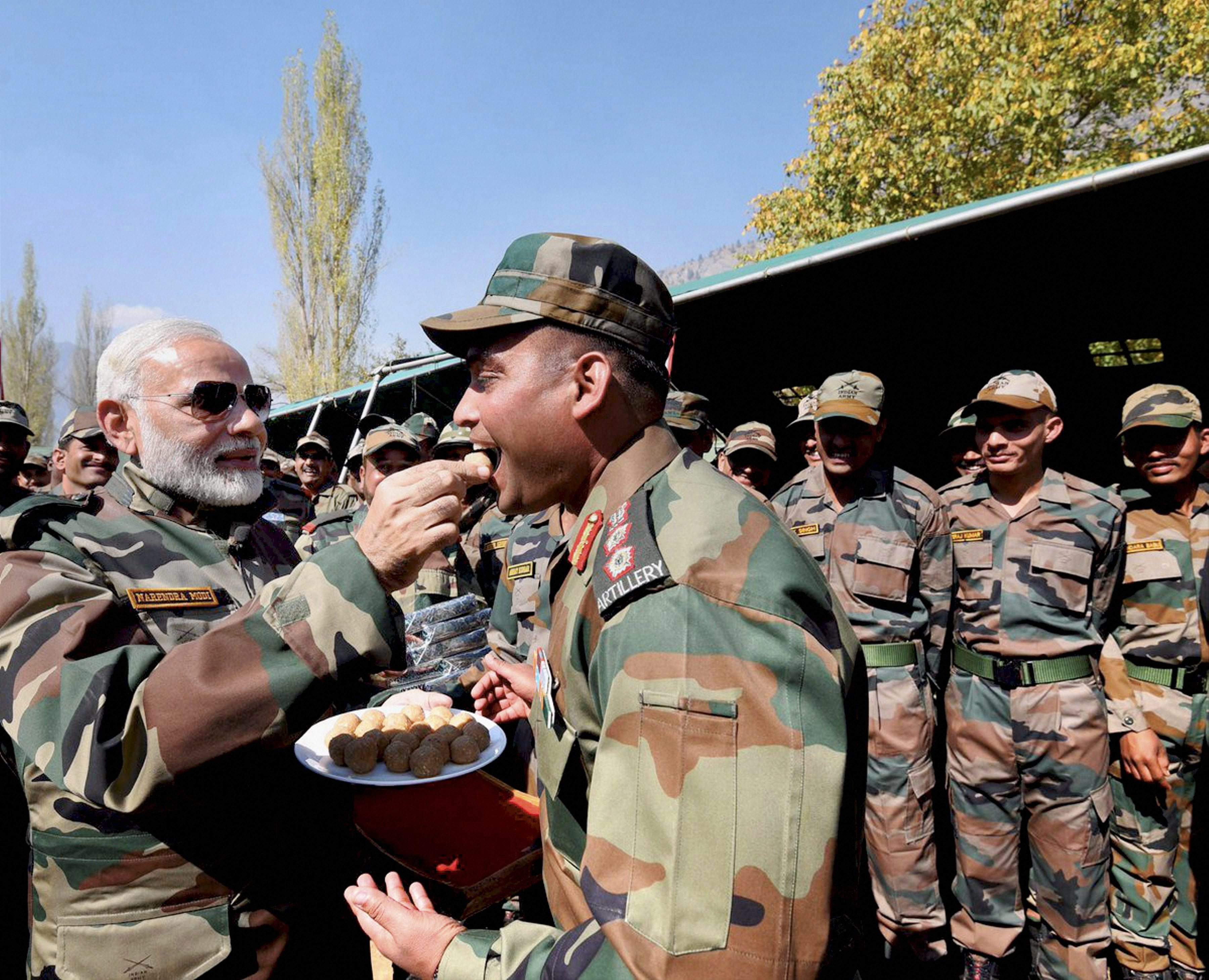 The CCC, he stated, will not be a grievance venting platform for the PBORs, and if the interaction works, it can be continued; and if not, it can be dispensed with. However, General Suman, who has served in Rajasthan and also at Siachen, warned from his retirement home in Pune that all reformative moves need welcoming; maintaining the status quo continually leads to decrepitude.

Over decades, the cynical reciprocal relationship between India’s soldiery and the ruling party has proliferated, with ‘political expediency’ factored into the military’s operational plans and wider strategic moves. This reciprocal association has benefitted both sides: the politician successfully exploited the military’s gains for electoral profit, while the senior officer earned promotion and possibly even lucrative employment after retirement, or both.

Meanwhile, ahead of the CCC, General Rawat declared on Thursday that India’s military leadership will have to “more than match the political vision” that has mandated the creation of tri-service theatre commands to address India’s future security threats.

Speaking at a virtual event on ‘Transformation: Imperatives for the Indian Armed Forces’ organised by the College of Defence Management in Secunderabad, the CDS said that ‘service parochialism’ needs to make way for a combined services outlook to take forward this military ‘theatre-isation’ in order to ‘out-think and outfight’ India’s adversaries.

Perhaps the PBORs too have a view.