The Destruction of Fiscal Federalism

The Modi government has tried to reduce the share of taxes that state government's receive, while also dabbling in the duties assigned to states.

The Modi government has moved so rapidly to dismantle so many institutional and regulatory structures that have underpinned Indian democracy that it is easy to lose track. Among the many such moves that are likely to have long-term adverse consequences for the country are those relating to federalism.

Of course, after the recent extraordinary move that transformed a state into two Union Territories, without even consulting its elected legislature, it may be doubted that federalism exists at all. But quite apart from the blatant and aggressive attempts at political centralisation, there have been serious attacks on the economic decentralisation and fiscal federalism that are clearly defined in the Constitution. These have serious implications for the financial health of state governments and their ability to perform their constitutionally mandated responsibilities.

There are several ways in which this has been occurring throughout the tenure of the Narendra Modi government. In 2015, it was announced with much fanfare that the Centre would graciously accept the recommendation of the 14th Finance Commission for a significant increase in the share of the states in total tax revenues, from 32% to 42%, thereby enabling a significant increase in their spending.

Since such recommendations have almost always been accepted by the Centre, this at least conformed to normal practice. But it was accompanied almost simultaneously by cuts in plan grants and dramatic reduction of the Centre’s share of spending on centrally sponsored schemes, almost neutralising the benefit of the enhanced proportionate award for states.

Thereafter, the Modi government has employed another legal loophole to deny the states their rightful share of tax revenues. While tax revenues are to be shared according to the Finance Commission awards, cesses and surcharges are exempt from this distribution and can be retained entirely by the Centre. The Modi government has been disproportionately relying on taxes and surcharges for any additional revenue mobilisation, making a mockery of the increase in states’ share decreed by the Finance Commission. In 2018-19, state governments received only around 34% of the tax revenues collected because of this cynical practice. 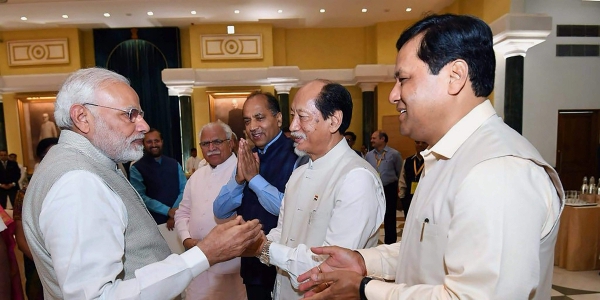 The terms of reference (ToR) framed by the Modi government for the 15th Finance Commission two years ago similarly indicated its push for centralisation and control over state governments. Apart from other controversial features of the ToR, such as those relating to the use of the population base, it involved several points that directly infringed on the policy autonomy of state governments. For example, the commission is supposed to recommend a fiscal road map for “sound fiscal management”, but there is no mention that this should be consistent with “stable and equitable growth”, as it was for previous FCs. Also, for the first time ever, the FC is to examine “whether revenues deficit grants should be provided at all” for state governments.

The ToR asks the FC to judge the performance (only for the states, not for the Centre) of fiscal progress according to various indicators such as increasing capital expenditure, eliminating power sector losses, increasing “savings” by adopting Direct Benefit Transfers, promoting digital economy etc. There are numerous problems with this characterisation, including the notion that subsidies (including food subsidies) should be seen only in terms of the fiscal costs and the associated “savings” should be celebrated even when they result from excluding beneficiaries.

Even worse, Clause 7(viii) of the ToR speaks of controlling “populist measures by the states”, which is not only arbitrary (who is to define what is populist?) but also interferes directly in policy decisions by the states that may emerge from their democratic mandates and accountability to the people.

Another major departure from past practice is the requirement to review the recommendations of the 14th FC that increased the share of the states. Never before has a commission been asked to reconsider the decisions of a previous FC. The ToR asks the commission to:

“consider the impact on the fiscal situation of the Union Government of substantially enhanced devolution to states following recommendations of the 14th FC, coupled with the continuing imperative of the national development programme including New India 2022.”

This is blatant arm-twisting by a government on a constitutional body that is supposed to be a neutral arbiter between the Centre and different state governments. It is also beyond absurd, since every government has its declared goals and priorities, and simply announcing some under a particular title (New India 2022 etc) does not necessarily grant it greater legitimacy or privilege. 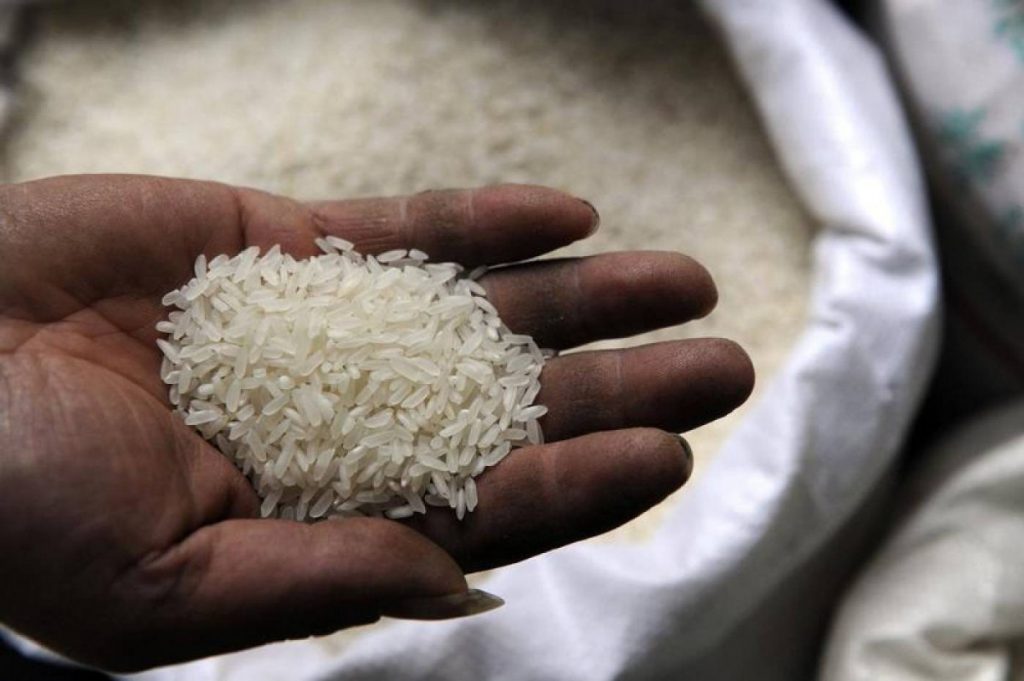 It is problematic to look at subsidies (including food) only in terms of fiscal costs. Photo: Reuters/Files

As if all this were not bad enough, in July this year, barely a few months before the 15th FC is due to submit its report, a new set of additional ToR has suddenly been announced. This is not just unusual, it is unprecedented. And it amounts to further and substantial erosion of the fiscal autonomy of state governments, as well as an overt attempt by the Centre to grab a greater share of total revenues.

The additional ToR says that the FC “shall examine whether a separate mechanism for funding of defence and internal security ought to be set up, and if so, how such a mechanism could be operationalised”. This amounts to a clear intrusion of the Centre into the limited fiscal space, by ring-fencing all expenditures related to security from the divisible pool of resources to be shared by the Centre and states, obviously reducing the share of states.

Watch: With the Economy Sinking, Can the BJP Retain Its Political Hold?

Concerns with these new ToR, coming in addition to the already problematic ones, should have generated massive outcry across the country. Indeed, the implications for citizens, whose requirement for basic needs and public services largely have to be met by state governments, will be sharply adverse. But thus far, many state governments have remained quiet, whether they have been cowed down or because they are ruled by the BJP and do not wish to oppose the Centre’s diktats.

This is the context in which the national seminar organised by the Gulati Institute of Finance and Taxation, Thiruvananthapuram, which was held in New Delhi on September 14, assumes such significance. Serving and former finance ministers of different states, along with members of different parties, academics and past FC members, voiced their concern at this drastic shift to increased centralisation. Thomas Isaac, finance minister of Kerala, has been leading this effort. He noted how this additional ToR is designed to reduce the share of the states, even as the actual amounts shared have been falling because of the greater use by the Centre of Cesses and surcharges rather than higher tax rates.

Through the day, there were essentially three levels of discussion on this important matter. The technical and legal issues were covered by economists, lawyers and members of past Finance Commissions. It was noted that defence expenditure in the Modi regime has declined from 2% to 1.4% of the GDP, even as the share of Central government spending on subjects in the States’ List had increased – suggesting that, rather than fulfil its primary duties, the Centre had been dabbling in those of the states. The legal and constitutional question marks over the interference and the attempt to control policies that should be the prerogative of state governments were pointed out.

There was also discussion on the broader economic context and implications of this move. Why was the need to push such an additional ToR so late in the life of the 15th FC felt, when the Modi government could simply have imposed a “defence cess” along the lines of all the other cesses it favours?

The medium-term context of stagnant and/or declining tax to GDP ratios because of neoliberal tax cuts and attempts to adhere to the Fiscal Responsibility and Budget Management Act that created rigid limits on spending provide a background. The more recent collapse in tax revenues and economic deceleration resulting from the terrible policies of demonetisation and poorly conceived and implemented GST have left the Centre’s finances in a total mess, as reflected in the bizarre situation of the completely false numbers being presented in the July Union Budget.

Also Read: Lessons from the Supreme Court on Cooperative Federalism

So the government is grasping at straws to try to shore up its own revenues any which way. The sad reality is that this strategy will further add to recessionary pressures in the Indian economy in this period of crisis: not only will the Centre not provide a fiscal stimulus to combat a depression, but it will prevent state governments from being able to do so as well.

Finally, there was much discussion, both at the start and at the end of the political implications and the nature of federalism. Former PM Manmohan Singh in his inaugural address noted that co-operative federalism requires give-and-take and discussion. The Centre ought to have consulted the state governments before introducing additional ToR, he felt.

“Otherwise there will be a strong feeling that the central government is trying to rob the States of its due resources and that is not good for the federal polity and cooperative federalism that we all swear by.”

Jairam Ramesh of the Congress party went even further, indicating that this move, along with several others, shows that the Modi government has moved from its declared promotion of co-operative federalism to competitive, combative and now even coercive federalism.