A contract to acquire land for a Rs-7,200-crore expressway has been awarded without putting up a public tender, exposing undue favour to a company that did not even submit a proposal and stalling the green-lit Chennai-Madurai corridor. 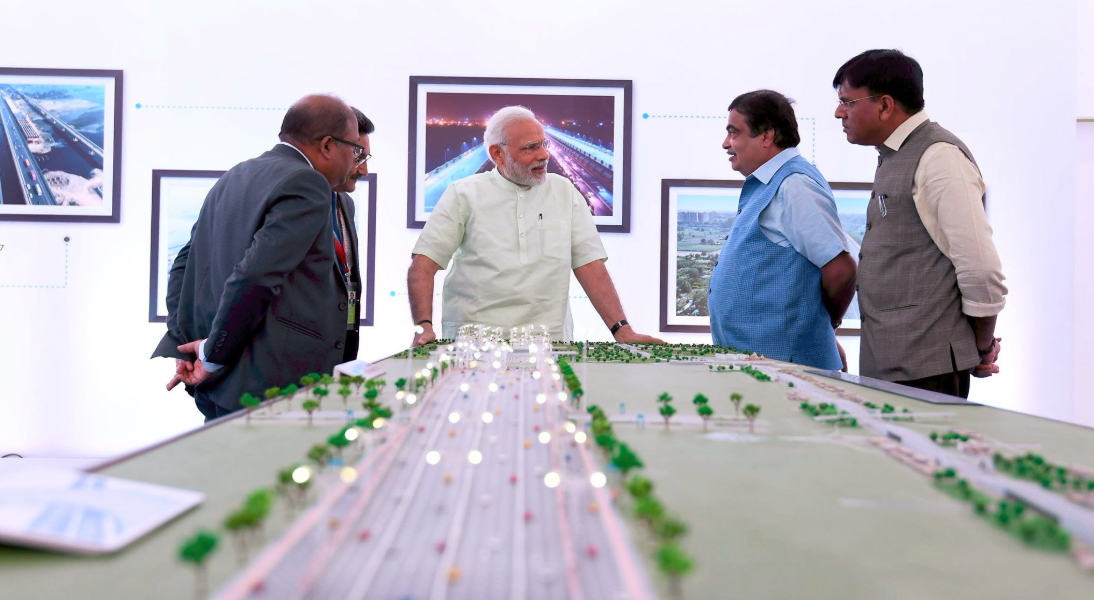 Documents unearthed through RTI petitions provide fresh basis to prevailing suspicion of underlying irregularities and vested interests behind the police muscle being deployed to facilitate the controversial eight-lane Chennai-Salem expressway. The documents reveal that the Centre has arbitrarily inserted the Rs-7,200-crore project into the prestigious Bharatmala scheme even as it has abandoned the Chennai-Madurai corridor, which the scheme claims had been identified in a “scientific manner”, after rigorous study.

Meanwhile, the Tamil Nadu government appears to have had no role in identifying or calling for the project. Not only has it enthusiastically mobilised its police force to execute New Delhi’s decision, it has also rolled over and abandoned projects identified as critical by itself earlier.

Approvals for the Chennai-Salem expressway have preceded proposals. Stretches of highway that were never identified as per norms have found their way into the Bharatmala Pariyojana. Contracts have been signed for projects bypassing the tendering process. Laws have been bent at the level of the Government of India to suit arbitrary decisions.

On February 25, 2018, Edappadi K. Palaniswami, the chief minister of Tamil Nadu, proposed a new highway to Nitin Gadkari, Union minister of road transport and highways (MoRTH). “Considering the high traffic potential and importance of Salem City, I would like to suggest that a green expressway corridor between Salem and Chennai cities be formed, that will substantially reduce the distance and save fuel,” he had said.

However, Palaniswami did not reveal then that the contract for this ‘suggestion’ had already been signed on three days prior, on February 22, between the National Highways Authority of India (NHAI) and Feedback Infra Private Ltd. (FIPL). It is probable that he did not know.

Feedback Infra is a private firm working in the infrastructure services sector, with operations in roads, highways, coal power plants and electricity distribution. Until 2013, it was called Feedback Ventures, when the name was changed. Larsen & Toubro Infrastructure Finance had acquired a stake in the company in 2006 and subsequently transferred it completely to ADV, a private equity manager, in March 2018. Significantly, in the intervening period, the World Bank had debarred Feedback Infra for one year from May 2017 for financial irregularities in a contract under the Lucknow-Muzaffarpur National Highway Project.

MoRTH has claimed that projects under the Bharatmala Pariyojana are identified based on a four-stage evaluation consisting of an origin-destination survey of freight movement across 600 districts, mapping of the shortest routes carrying 90% of the freight, technology-based automated traffic surveys over 1,500 points across India and satellite mapping of corridors to identify upgradation requirements.

Based on these studies, 44 Economic Corridors covering a length of 26,200 km were identified, of which 9,000 km were to be developed under Bharatmala Phase 1 with an outlay of Rs 1.2 lakh crore. This was sanctioned by the Cabinet Committee on Economic Affairs headed by Prime Minister Narendra Modi on October 24, 2017.

The FIPL’s bid was for one package of projects identified as ‘Package 1’ in NHAI’s request for proposal, titled ‘Consultancy services for preparation of DPR for development of Economic Corridors, Inter-corridors, feeder routes and national corridors (GQ and NS-EW Corridors) to improve the efficiency of freight movement in India under Bharatmala Pariyojana (Lot-6).’

In a letter written to Gadkari in November 2017, Palaniswami underscored the importance of the Chennai-Madurai Economic Corridor. He wrote:

The identified Economic Corridor No:19, Chennai-Madurai Highway, which provides the main connectivity to the southern part of Tamil Nadu State, has the highest PCU value of 43,617 among all the 44 Economic Corridors selected under the program but is presently functioning only with a 4-lane divided carriage way configuration.

Citing these reasons, he urged Gadkari to consider the Corridor for upgradation to “8-lane standards from Chennai to Chengalpattu and 6-lane upto Madurai in view of higher traffic intensity and strategic importance of the road.”

The NHAI issued a letter of award for FIPL’s bid for this and other corridors on December 29, 2017, which FIPL accepted on January 2, 2018, through a letter addressed to the general manager (tech), Bharatmala, NHAI, New Delhi.

Within two days of receiving FIPL’s letter, the GM (tech) wrote to the principal secretary of the Public Works Department of the Government of Tamil Nadu, stating that the NHAI had initiated the preparation of a detailed project-planning report (DPR) for converting the existing Chennai-Thiruvannamalai-Harur-Salem road into four lanes. The letter advised the state government to “not carry out any DPR works on these roads to avoid any duplication.” The ongoing work to upgrade one of the three existing alternative routes between Chennai and Salem was put in limbo.

Documents on record reveal that FIPL made a presentation to the NHAI and the additional chief secretary (highways), Government of Tamil Nadu, on February 19, 2018. The contents of the presentation are not available. However, minutes of a meeting held on February 19 in Transport Bhawan, New Delhi, are revealing. The minutes purport to record discussions and decisions taken on “the issue of alignments of the highway stretches being developed under Bharatmala Pariyojana and NHDP in the State of Tamil Nadu.”

Curiously, the minutes do not record any decision to drop this critical Bharatmala project. It also does not mention the basis on which a consultant was able to present and insert an entirely new greenfield project for Tamil Nadu into a Bharatmala basket that had already been decided and sanctioned at the highest level.

Within three days of making the presentation, on February 22, 2018, the NHAI and FIPL signed a contract for preparing a DPR for the original project – namely, Package 1/Lot 6 of the Bharatmala Pariyojana. But the Chennai-Madurai Economic Corridor, which was integral to Package 1, had been dropped from the contract, and the Chennai-Salem Chennai expressway had been listed instead.

A one-page letter, also dated February 22 (inserted as page 458 of the contract agreement and signed by the NHAI and FIPL’s representative), tersely states:

A meeting was held at NHAI HQ with the representatives of Consultant … at 4.00 p.m. on 22.02.2018. It was informed to the representatives of the Consultant that MoRTH has decided to optimise the various Economic Corridors, Inter Corridors and Feeder Routes in the states of Karnataka, Andhra Pradesh, Tamil Nadu and Kerala identified under the Bharatmala Pariyojana in order to enable efficient freight movement. Accordingly, the stretches proposed for DPR preparation has been modified and revised scope of work for preparation of DPR is as under.

The letter records that the Chennai-Madurai Economic Corridor “may be dropped for six-laning. Instead, new route from Chennai-Thiruvannamalai-Harur-Salem (252 km) may be proposed to provide direct connectivity from Chennai to Salem and also the traffic would be diversified from Chennai to Trichy. It has been decided to communicate State Government (sic) to not to proceed further for preparation of DPR for Harur-Salem portion.”

These minutes were conveyed to the Government of Tamil Nadu only in mid-March, through a letter dated March 13.

A contract to prepare a DPR and to commence land acquisition for a Rs-7,200-crore greenfield expressway had been awarded without putting up a public tender. It put competitors at a disadvantage as well as exposes undue favour to FIPL, which has won a contract for an expressway DPR without having to submit a proposal. A contract awarded for works on an entirely different project had been hijacked for the greenfield Chennai-Salem expressway.

The Chennai-Salem expressway is only an idea, not an existing highway. Its entire alignment is greenfield. However, fast-track land acquisition is possible under the NH Act for stretches declared as national highways.

Meanwhile, responding to raging farmer protests despite the police clampdown, the NHAI announced a reworked alignment to minimise the diversion of forest area and reduce land acquisition by reducing the ‘Right of Way’ from 90 metres to 70 metres in non-forest areas, and from 70 metres to 50 metres in forest areas. Three spurs from the proposed expressway connecting Kanchipuram, Chengalpattu, Thiruvannamalai and Chetpet towns with a combined length of 51 km have also been dropped.

The expressway’s feasibility report had argued, “The project is expected to generate development around the abutting towns connected through proposed spurs from the greenfield highway.” The NHAI has not explained how the deletion of the spurs from the project’s scope would affect the feasibility. Nor has it explained how these modifications will make a proposal riddled with irregularities and legal infirmities a lawful project.