Barricades and security persons' presence, meanwhile, has been amped at Singhu border. 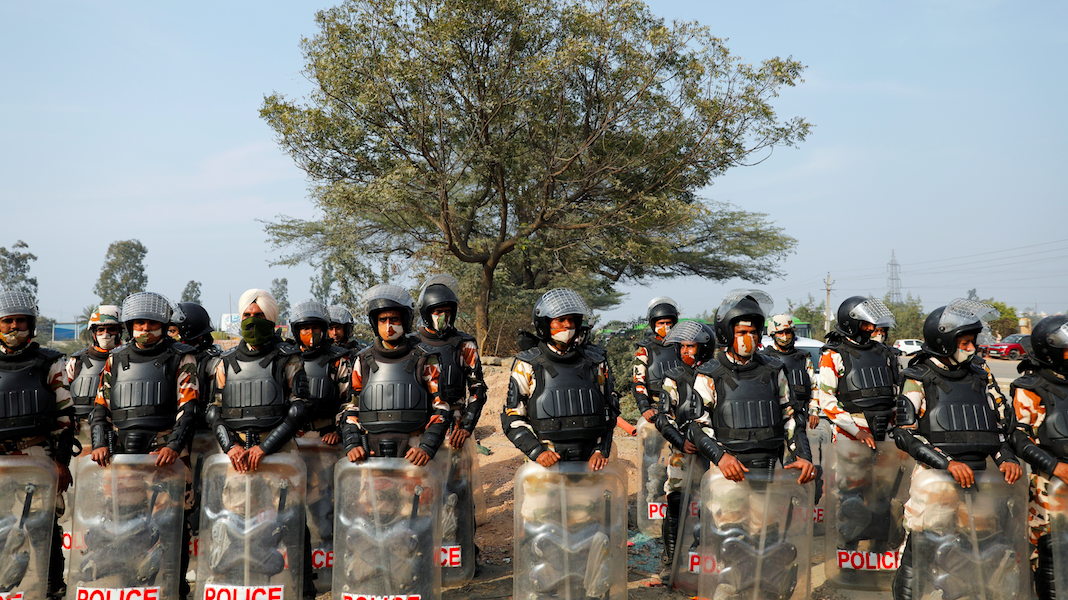 New Delhi: The Delhi Police has so far registered 38 cases and arrested 84 people in connection with the violence during the tractor parade by farmers in the national capital on Republic Day, officials said on Saturday, January 30.

Joint Commissioner of Police (Crime) B.K. Singh, said that Delhi Police is examining the dump data of calls made from mobile phones and the registration numbers of tractors in its probe into the day’s violence.

Besides, a team of the National Forensic Sciences University has been called to analyse videos related to the day. The Delhi police has received 1,700 video clips, in addition to CCTV footage, from the public, pertaining to the violence of the day, Singh said.

The tractor march by farmers protesting against the three recent agriculture laws had faced barricades, lathicharge and teargas from police, leading to chaotic scenes.

A section of protesting farmers, driving tractors, reached the Red Fort, entered the premises and hoisted the Nishan Sahib.

PTI has reported that police asked nine farmer leaders to join the investigation in the case on Friday, but no one turned up.

Delhi’s Singhu border was fortified with several layers of barricades and increased presence of security personnel on Saturday, a day after a violent demonstration was led by rightwing supporters who claimed to be locals against agitating farmers, PTI has reported.

The entry to the farmers’ protest venue was closely guarded by police and para military personnel with even mediapersons finding it difficult to reach the spot.

A senior police officer told PTI, “There is blanket order not to allow free movement across the protest site in view of yesterday’s violent protest as any mischief could aggravate the situation.”