The state said it had inadequate stock of Covaxin and had not received fresh stocks from the Ministry of Health and Family Welfare. 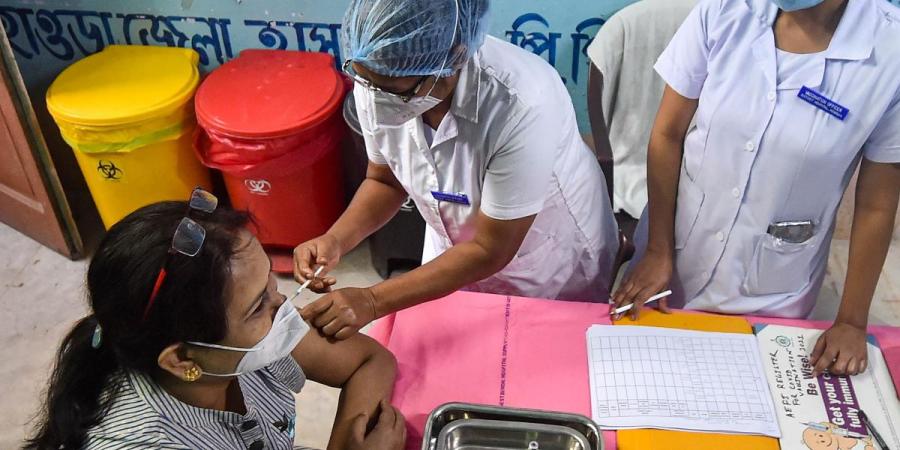 The Wire Staff
Government
Health
17/May/2021

New Delhi: The Telangana government has postponed administering second doses of COVID-19 vaccines to persons above 45 years of age due to a scarcity in the state, in yet another sign that the country is facing an extreme shortage of vaccine doses.

“In view of inadequate stock of Covaxin and non-receipt of fresh stocks from the Ministry of Health and Family Welfare the second dose drive for persons above 45 years of age is postponed,” the circular issued by the government said on Sunday.

Telangana’s decision to pause the vaccination drive comes days after the Delhi government announced it has run out of Covaxin stocks and that several vaccination centres will be shut in the national capital.

Also read: Debate: When It Comes to COVID Vaccines, All Governments Are Answerable to Humanity

According to a Times of India report published on May 14, only 500 people in the age group 18-44 have received the jab in Telangana since the inoculation programme was rolled out on May 1.

According to data provided by the office of the Director of Public Health and Family Welfare, 8.3 lakh people (or only 2% of the state’s population) have been fully vaccinated with both doses of either Covaxin and Covishield till May 8, the New Indian Express reported.

The Centre recently increased the gap between the first and second dose of Serum Institute’s Covishield to 12-16 weeks. Earlier, it was eight-six weeks. The stipulated time period for Bharat Biotech’s Covaxin is four to six weeks.

Telangana reported 3,816 new COVID-19 infections and 27 fatalities on Sunday, taking the cumulative number of deaths to 2,955 and the total number of positive cases to 5,28,823. The number of active cases in Telangana as on Sunday evening stood at 50,969.