Non-BJP political parties in Punjab had claimed that the move is an attempt by the Union government to reduce Punjab's claim over Chandigarh. 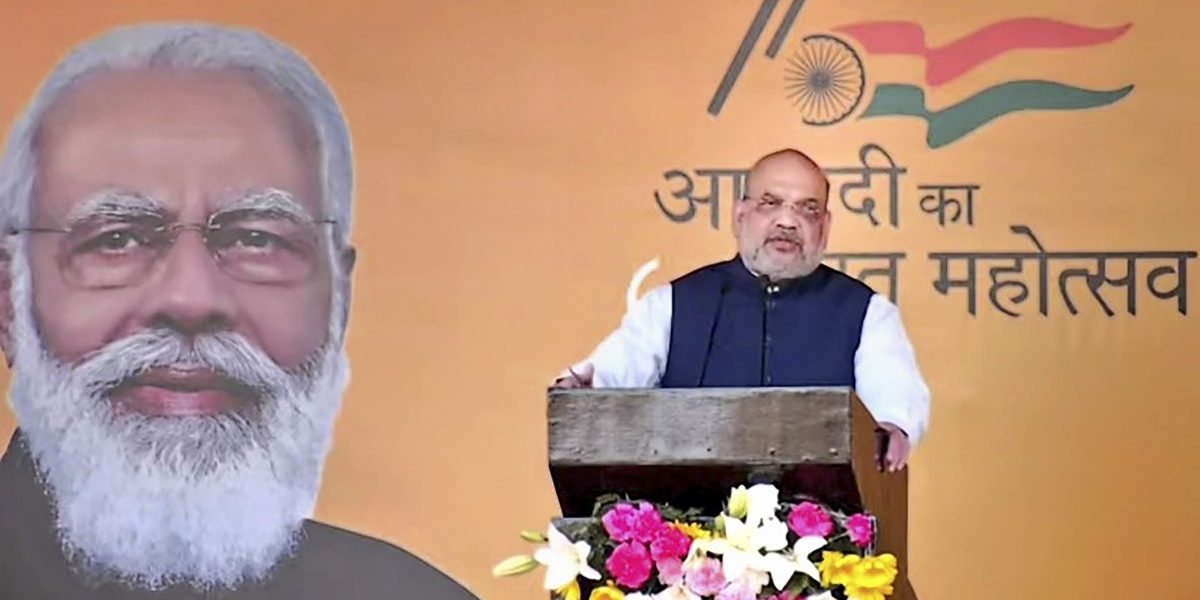 New Delhi: The Union government’s decision to apply the central civil service rules to employees of the Chandigarh administration has drawn sharp reactions from the political opposition, including the newly appointed Punjab government led by the Aam Aadmi Party.

Here’s a breakdown of what was announced, the changes to come and what the opposition is unhappy with.

On Sunday (March 27), Union home minister Amit Shah announced in Chandigarh that the service conditions of employees of the Chandigarh Union Territory administration will now be aligned to that of the central civil services. This, he claimed, will benefit the employees in a “big way”.

This changed, Shah said, will be implemented from April 1.

The retirement age for Chandigarh administration employees will now be 60 years, not 58 years. Female employees will also get two years maternity leave instead of the previous one year, Shah said.

Chandigarh, a union territory, is the joint capital of the states of Punjab and Haryana, as both states wanted to have access to the city after the bifurcation. Officers and employees of the Chandigarh UT (including teachers and doctors) are drawn from Punjab and Haryana in a 60:40 ratio. Laws created before the bifurcation of Punjab into the two states remain in forced in the Chandigarh UT.

Most of the opposition to Shah’s move has come from parties in Punjab.

While Haryana is currently ruled by a Bharatiya Janata Party (BJP) government, the recent Punjab assembly elections ended with a resounding victory for the Aam Aadmi Party. The BJP – which tied up with former Congress chief minister Amarinder Singh and had been facing the heat in the state since the farmers’ protests – was unable to make a political mark in the state.

The Union home ministry’s move, opposition parties believe, is not devoid of political strategy, since the BJP wants to retain some kind of control in the region despite losing the elections.

This is not the first time the Union government has been accused of interfering in Punjab’s affairs to try and increase control. Earlier, the change in rules to appointment top officers to the BBMB had raked up a storm with many political parties in Punjab and Haryana criticising the Centre.

The BBMB, which is a statutory body under the Punjab Reorganisation Act, 1966, and manages the water resources of Sutlej and Beas, has a whole-time chairman and two members for irrigation and power.

Political leaders have claimed that according to the BBMB Rules, 1974, the member (power) in BBMB must be from Punjab and the member (irrigation) from Haryana, but the requirement has been removed in the amended rules

In 2018, according to the Indian Express, the Union had to suspend a notification merging the posts of deputy superintendent of police (DSP), Chandigarh into the DANIPS (Delhi, Andaman and Nicobar Islands, Lakshadweep, Daman and Diu and Dadra and Nagar Haveli) cadre after protests.

“Central Govt has been stepwise imposing officers and personnel from other states and services in the Chandigarh administration. This goes against the letter and spirit of Punjab Reorganisation Act 1966. Punjab will fight strongly for its rightful claim over Chandigarh,” Mann said in a tweet.

Cheema on Monday said that the AAP will oppose the Centre’s decision and fight the issue from “streets to Parliament”.

He alleged that the BJP-led Centre has been taking “anti-Punjab decisions”, as he also referred to the BBMB issue, and said it was now trying to usurp Punjab’s rights over Chandigarh. “The central government is deliberately taking steps to take away Punjab’s claims over Chandigarh,” he told reporters.

Cheema said ever since the AAP formed the government in Punjab, the BJP-led government at the Centre is feeling scared due to several “pro-people” decisions being taken by the Mann-led government. The finance minister said that the Centre took a unilateral decision regarding the union territory employees and “did not consult the stakeholder Punjab….This goes against the letter and spirit of Punjab Reorganisation Act 1966.”

“We oppose this decision, we will protect Punjab’s interests and we will force Centre to rollback it back,” he said. With this decision, Chandigarh union territory employees are not going to benefit, he further claimed, and claimed, “Rather, there will be a cut in their salaries.”

After Shah’s announcement here on Sunday, Delhi deputy chief minister Manish Sisodia had taken a dig at the BJP, saying it is scared of the AAP’s “rising footprint”.

Taking to Twitter soon after the home minister’s statement, Sisodia said Shah did not take away Chandigarh’s powers when the Congress was ruling Punjab, but he did so soon after the AAP formed its government.

Senior SAD leader Daljit Singh Cheema had on Saturday tweeted, “MOH’s (Ministry of Home Affairs) decision to impose central government rules on employees of Chandigarh is in violation of the spirit of the Punjab Reorg (Reorganisation) Act and must be reconsidered.”