Polling officers did not act when voters complained that a light was flashing against the BJP candidate's name when they pressed the button in support of the independent candidate. 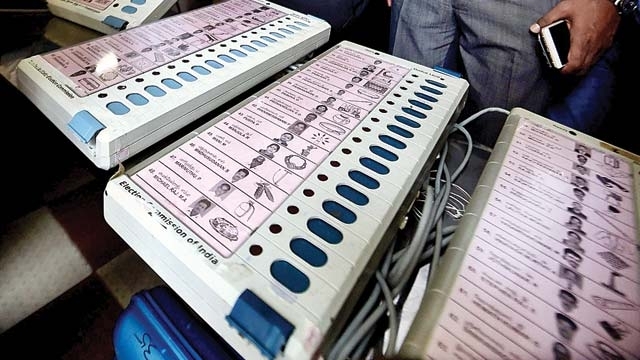 The officials of the Maharashtra State Election Commission (SEC), responsible for the conduct of municipal polls in the state, were not only slow to react to complaints about one of the machines “malfunctioning” at the Sultanpur polling station during the elections to the Buldhana Zila Parishad earlier this year, after the anomaly – under which all the votes being polled for an independent candidate with coconut symbol were found to be going to the BJP candidate – came to light, but they also did not probe the matter thoroughly.

The information was obtained under the Right to Information Act (RTI) by activist Anil Gagali, and recently blew the lid on how the polling officers initially did not act on the complaint of the voters, that a light was flashing against the name of the BJP candidate whenever they pressed the button in support of the independent candidate.

This issue has again given rise to speculation that electronic voting machines (EVMs) are being tampered to benefit the BJP candidates across the country. Incidentally, the issue had first been raised by Bahujan Samaj Party supremo Mayawati after the announcement of assembly election results to five states in March this year. Subsequently, Aam Aadmi Party leader Arvind Kejriwal had also expressed similar doubts about voting in Punjab and Goa. Later, his party had even organised a display in Delhi Assembly of how EVMs can be tampered.

The Election Commission of India (ECI) had responded to the complaints by inviting all the parties who had approached it and those which had participated in the assembly polls to an EVM challenge, where, however, due to the restrictions imposed by the ECI the parties that participated were not able to prove any tampering. The ECI had also noted in connection with complaints about EVM malfunction in a municipal poll in Maharashtra then that these elections are conducted by SECs which are not under it.

In the present case too, The Wire had asked the ECI spokesperson how it was viewing the Sultanpur polling station case and if the state commission has submitted any report to it in the matter, but the ECI chose not to reply.

Incidentally, the “malfunction” in the Sultanpur machine had taken place in the polls before the EVM issue had heated up in March. Galgali, however, insisted that it is not a case of malfunction but EVM fraud.

He said the Buldhana collectorate’s election department had in its reply to his query stated that the complaints was received from polling station no. 56 in Sultanpur of Lonar town that when the voter pressed the button next to independent candidate’s coconut symbol at number 1, the LED lamp flashed against the button of BJP candidate’s lotus symbol which was at number 4, indicating that the vote had gone to the latter.

The department admitted that while the first complaint was received around 10 am, it was ignored by the election officer on duty. It was only subsequently when more voters complaints that the election officer took cognisance around 1-30 pm and then took up the matter with the polling agents of all the parties. The officer, Manikrao Baazad, then obtained their consent before inspecting the machines.

Thereafter the booth in-charge also looked into the matter and brought the issue to the notice of the area returning officer. The matter was then verified by the assistant returning officer who visited the booth and the election was subsequently cancelled and a report was sent to the collector. The EVM in question was sealed and a standby unit was put in operation. A repoll was subsequently conducted on February 21 at the booth.

When The Wire spoke to Assistant Commissioner Avinash Sanas about the developments, he said the issue has come into the limelight despite a repoll having been conducted at the booth. But the officer could not explain why the “malfunction”, even if there was one, was not probed thoroughly especially in the wake of the huge uproar the issue of alleged EVM tampering had subsequently created at the national level.

Should the Maharashtra SEC not brought this issue to the notice of the ECI considering its significance in the light of allegations being levelled by the opposition parties and the Commission’s efforts to answer their concerns.

But for Galgali’s painstaking effort, perhaps the issue would got lost just the way the votes to the independent candidate were going.