The EC has said that Banerjee's complaint, alleging that BJP supporters had stopped voters at Nandigram, was 'factually incorrect'. New Delhi: The Election Commission on April 4 said that there “could not have been a greater misdemeanour” than the conduct of West Bengal Chief Minister Mamata Banerjee at a polling booth in Nandigram last week.

On poll day, April 1, Banerjee had claimed that Bharatiya Janata Party workers were not allowing voting to take place and that villagers had complained that they were being stopped from voting by BJP. In a wheelchair, she visited the area of Boyal. Several members and supporters of BJP shouted ‘Jai Shri Ram’ at her. Banerjee remained inside a voting booth for two hours.

A large police contingent was rushed to the spot to control the situation. Banerjee, however, stayed inside the school and demanded re-polling in booth number 7. She was helped out by police and security forces in the late afternoon.

She reportedly drafted a complaint to the Election Commission while within the booth. Once out, she critiqued the Commission for its alleged inaction in Nandigram and said that it was functioning at the behest of BJP’s former chief and Union home minister Amit Shah, to scupper TMC’s chances. 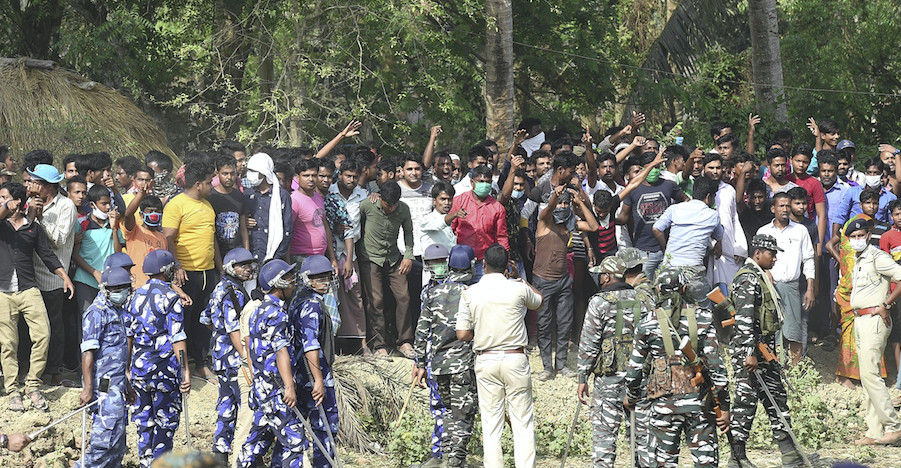 According to NDTV, the Election Commission on Sunday responded to Banerjee’s handwritten complaint as “factually incorrect”.

The central poll body claimed that her allegations were “without any empirical evidence whatsoever and devoid of substance,” as per Times of India.

The Election Commission’s response was not uploaded on the official website at the time of publishing this article.

NDTV also reported that the Election Commission has indicated that it is contemplating action under relevant sections of the Model Code of Conduct and the Representation of the People Act against Banerjee.

“It is being separately examined whether happenings of 1.4.2021 merit any action under sections 131 and 123(2) of RP Act and/or under Model Code of Conduct,” said the EC.

It asserted that Banerjee’s action at the polling booth was fraught with “immense potential to have adverse effect on the law and order across West Bengal and maybe in some other states”.

In the strongly worded response issued on April 1 itself, the Commission asserted, “It is a matter of deep regret that a media narrative was sought to be weaved hour after hour to misguide the biggest stakeholders which is the voters by a candidate who also happens to be the honourable CM… All this was done when the election process was/is on. There could not have been a greater misdemeanour”.

The West Bengal chief minister was pitted against her former close aide, BJP’s candidate Suvendu Adhikari in Nandigram – in what has turned out to be a battle for her political future. Voting day in Nandigram, April 1, also saw sporadic violence in other parts of the constituency. Adhikari claimed that his convoy too was attacked.