The Delhi Police said a total of 459 Congress leaders and supporters were detained on Monday, including 15 members of Lok Sabha, 11 Rajya Sabha MPs, and five MLAs of different states. 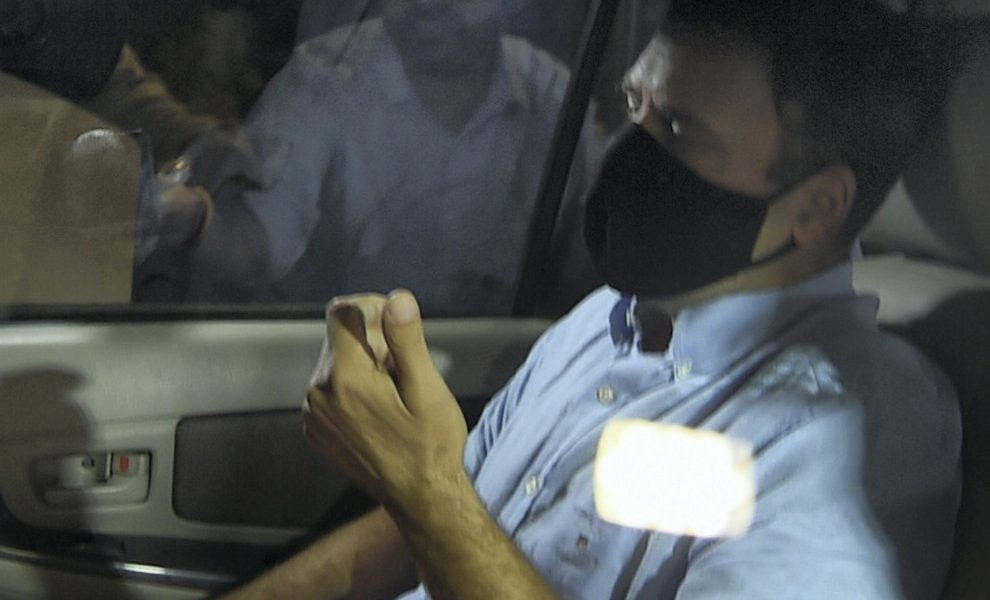 New Delhi: The Enforcement Directorate questioned Congress leader Rahul Gandhi for over 10 hours in a money-laundering probe linked to the party-promoted National Herald newspaper on Monday, June 13. Gandhi was called to depose again on Tuesday, June 14.

Congress workers protested across the country, alleging that the Union government was targeting the opposition by misusing central agencies. Prohibitory orders were imposed in parts of central Delhi that were heavily barricaded and saw heavy police and security forces’ presence.

The Delhi police has denied knowledge of injuries, promising a probe in case a complaint is lodged.

“Some complaints have been received at the Tughlak Road police station of New Delhi regarding injuries to Congress leaders and workers during police action but no such incident of use of force by police took place as per our knowledge and no MLC case has been reported so far,” said Sagar Preet Hooda, Special Commissioner of Police (Law and Order, Zone -II Delhi).

“Still, if there are allegations of some manhandling or so during the detention, the same will diligently be looked into for appropriate action,” he said.

The Delhi Police said a total of 459 people were detained, including 15 members of Lok Sabha, 11 Rajya Sabha MPs, and five MLAs of different states.

Gandhi, who arrived at the ED office at 11.10 am on Monday with senior leaders and sister Priyanka Gandhi Vadra, left the office at around 11.10 pm. He was given an 80-minute break in the afternoon during which he met his mother Sonia Gandhi at the Ganga Ram Hospital.

The top leaders of the party were released from police detention around 11.30 pm, after Gandhi left the ED office.

The former Congress president, a Z+ category protectee of the CRPF after the Union government withdrew the Gandhi family’s SPG cover in 2019, is expected to write down his statement on Tuesday, PTI quoted official sources as having said.

Lashing out at the government for “not allowing”‘ peaceful protest, Congress leaders said they would not kowtow to the Modi government and vowed to continue their agitation. 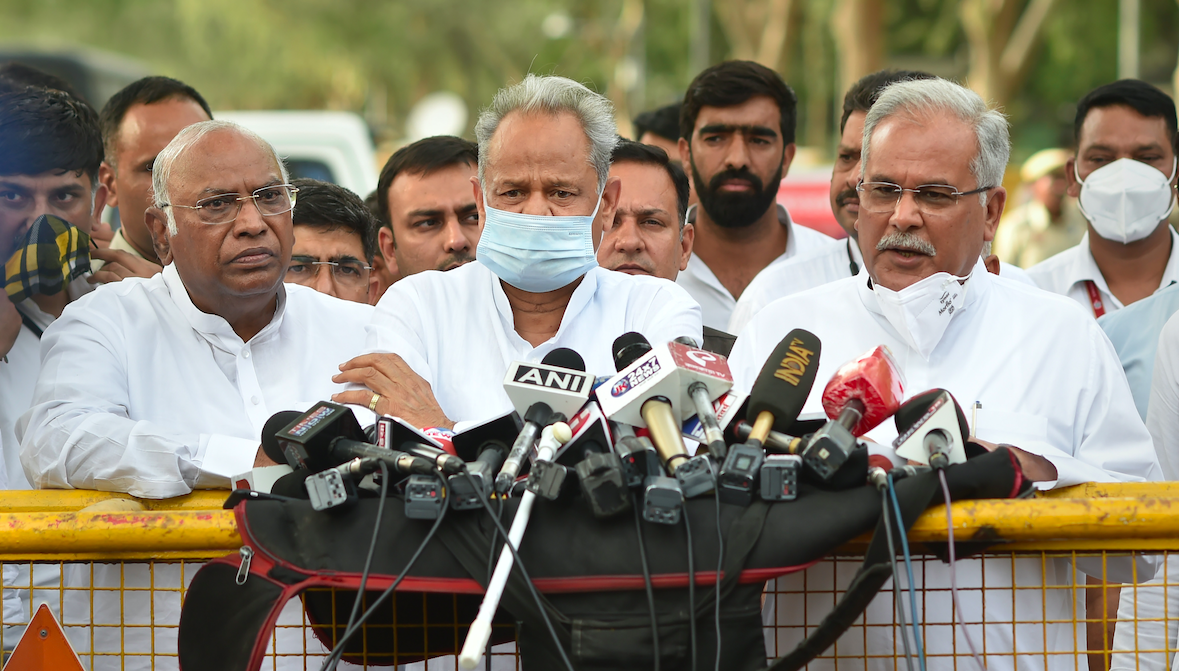 “We are not scared. The Modi government should be ashamed that they have turned central Delhi into a fortress just because our leader is going to the ED with his supporters,” Indian Youth Congress President Srinivas BV told PTI near the ED office just before he was detained by the police.

Slogans such as “down down BJP”, and “we want justice” rang out in cities such as Bengaluru, Ahmedabad, Mumbai, Guwahati, Jammu, Dehradun and Jaipur. The party claimed it was starting Mahatma Gandhi’s ‘Satyagraha’ with the march against the Modi government.

Rajasthan Chief Minister Gehlot alleged that the government was misusing central probe agencies and this was nothing but “political vendetta”.

“All leaders from Kerala to Kashmir are being targeted… Democracy is being throttled and we oppose it strongly,” Baghel said.

Asked whether the party would stage a similar show of strength on June 23 when Sonia Gandhi has been asked to appear before ED, Gehlot said, “The Congress is competent to deal with the situation”.

“This is a fight for democracy. The government is trying to muzzle the voices of opposition leaders,” added former Uttarakhand chief minister Harish Rawat.

“Now, a satyagraha will take place at every corner,” he added.

Surjewala said Congress leaders had done nothing wrong and alleged that “Godse’s descendants fear the truth and they will not be able to suppress the truth”.

Ahead of Rahul Gandhi’s appearance before the ED, brother-in-law Robert Vadra came out in his support and expressed confidence that he would be exonerated from all “baseless accusations”.

“I believe the truth will prevail and this harassment of the prevailing dispensation will not have the effect they desire,” he added.

The Congress party said in a press conference in the morning of June 13 that all fund movements in this case were legitimate. In April, the agency questioned senior leaders Mallikarjun Kharge and Pawan Bansal as part of the investigation.

The ED recently registered a fresh case under the criminal provisions of the PMLA after a trial court here took cognisance of an Income Tax Department probe against Young Indian Pvt Ltd based on a private criminal complaint filed by BJP MP Subramanian Swamy in 2013.

Swamy had accused Sonia Gandhi, Rahul Gandhi and others of conspiring to cheat and misappropriate funds with Young Indian Pvt Ltd paying only Rs 50 lakh to obtain the right to recover Rs 90.25 crore that Associate Journals Ltd owed to the Congress.

The Delhi high court in February last year issued a notice to the Gandhis for their response to Swamy’s plea seeking to lead evidence in the matter before the trial court.

The Gandhis had secured separate bails from the court in 2015 after they furnished personal bonds of Rs 50,000 and one surety. They contended in the Delhi high court that the plea by Swamy was “misconceived and premature”.

The other accused in the case filed by Swamy are close Gandhi aides Suman Dubey and technocrat Sam Pitroda.

Noting that nobody is above the law “not even Rahul Gandhi”, BJP leader and Union Minister Smriti Irani claimed that never before such a blatant attempt was made by a political family to hold a probe agency to ransom to protect its “ill-gotten” assets.