Iqbal Mirchi was a close aide of Dawood Ibrahim's. 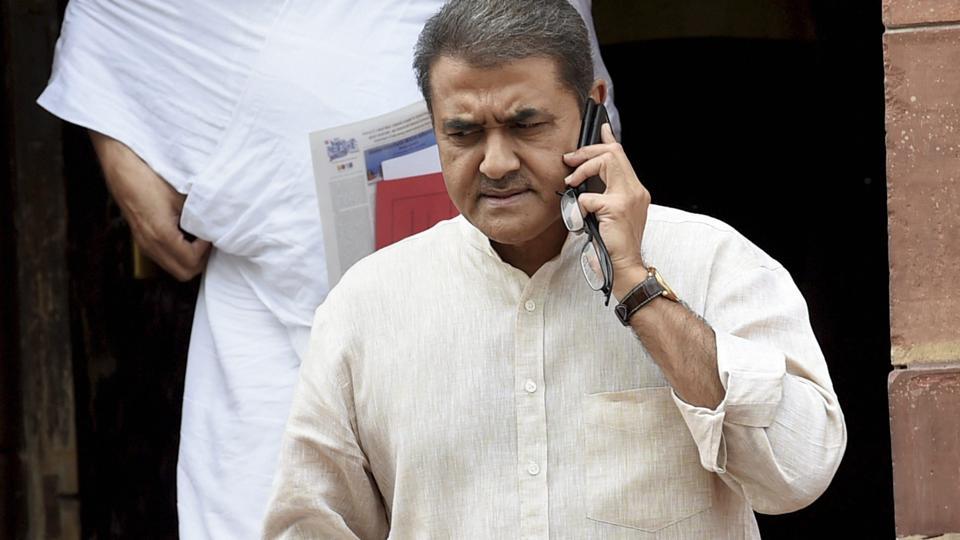 New Delhi: Following reports of the Enforcement Directorate’s claims of unearthing documents linking real-estate transactions between Iqbal Mirchi’s family, and one of Praful Patel’s firm, the financial investigation agency has summoned the Nationalist Congress Party leader for questioning on October 18.

Several media reports have been published since Monday noting that the ED has seized a “cache of documents” which are apparently a “smoking gun”. A close aide of mafia don Dawood Ibrahim, Iqbal Mirchi died in August 2013 in the UK.

News agency PTI reported that Patel has been summoned in connection with a real-estate deal. His statement will be recorded under the Prevention of Money Laundering Act.

According to an Economic Times report, Patel’s Millenium Developments Private Limited constructed Ceejay House, earlier known as the Shreeniketan building, in 2006-07. It reported that the ED had reviewed the deed of confirmation entered between Millenium Developments and tenants, who were identified as Iqbal Mirchi’s wife, Hajra Memon and children, Asif and Junaid.

The deed apparently bears the signature of Praful Patel as the co-owner of the property, the article said. Patel had been the Union civil aviation minister from 2004 to 2009.

Mirror Now quotes an anonymous ED official as stating that the sale proceeds may have been laundered.

The ED, which is under the finance ministry, may summon Hajra Memon and her sons for questioning. It may also contact Patel and his wife.

The investigations are apparently part of eight cases registered against Iqbal Mirchi between 1984 and 1999 to “crackdown on assets allegedly acquired by him using the proceeds of crime”.

According to India Today, the two floors at Ceejay House will be among the 35 properties of Mirchi, also known as Iqbal Mohammed Memon, that the ED plans to attach. Out of these properties, 26 are located in the UK and the UAE and the rest in India. Memon’s wife apparently owns 16 properties in London under various firms.

Along with the two floors at the Worli-located Ceejay House, the ED has listed bungalows in Khandala, Panchgani, Worli, another flat in Worli, a hotel at Juhu and commercial properties in Crawford market and Byculla.

According to the Indian Express, the NCP has issued a statement denying any link between Praful Patel and Iqbal Mirchi. The party said that the land for Ceejay House was brought from the maharaja of Gwalior in 1963.

“This property was with Court Receiver from 1978 to 2005 due to dispute among co-owners. During this period, there was an illegal occupant in the premises behind the then building. They were relocated by an order of the High Court on the third floor when the building was re-developed by the Patel family. Ceejay House is not owned by any individual being mentioned in the news report. All documents and Court orders are available on record.”

Patel also claimed that the documents have been leaked to the media. “Obviously you are in possession of some papers, which may have never been brought to my attention,” he said on Tuesday.

BJP’s national spokesperson Sambit Patra on Monday questioned Congress president Sonia Gandhi for inducting Patel into the Union cabinet. “There are documents available showing Patel and [Hajra], the wife of Iqbal Mirchi, having signatures on the same papers, indicating they had an agreement over a property deal. What was the quid pro quo with Sonia Gandhi for inducting Patel in the Union cabinet,” said Patra.

He asked whether a background check was done on Patel before his inclusion in the cabinet. A minister learns several secret decisions taken during cabinet meetings, Patra said. “Does Patel’s alleged links with a terrorist and member of the Dawood Ibrahim gang mean national security was compromised?” the BJP spokesperson asked.