Though the ED had questioned the AAP leader in 2018 in connection with this case, for the next three years there was little progress in it. 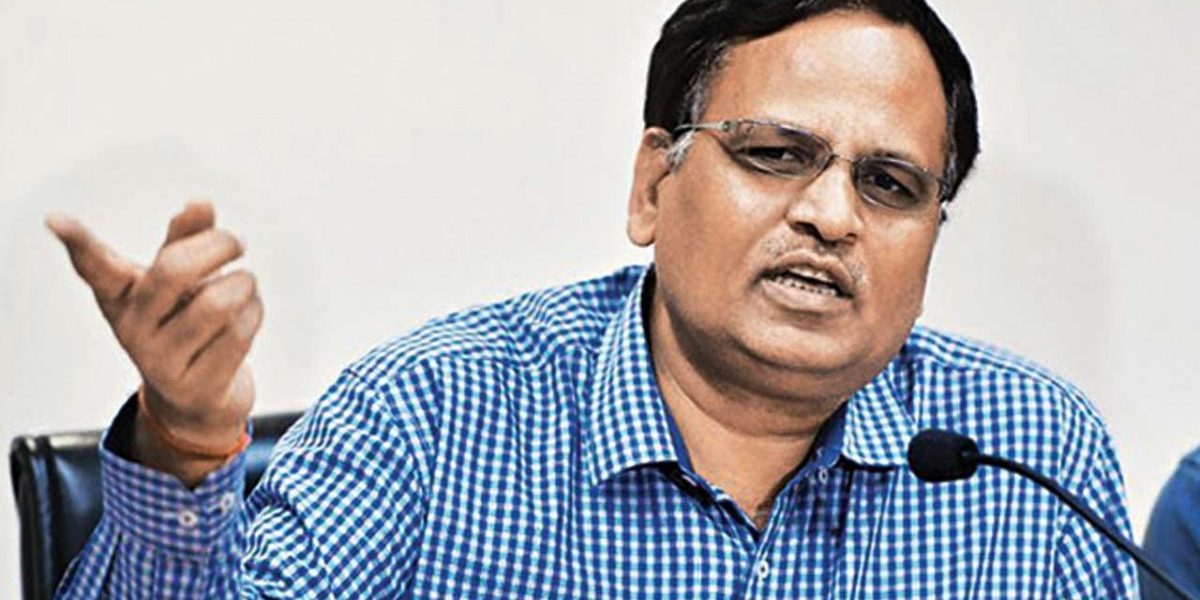 New Delhi: The Enforcement Directorate on Monday, May 30, arrested Delhi health minister Satyendar Jain in a five-year-old money laundering case which had arisen out of a First Information Report filed by the Central Bureau of Investigation in August 2017.

Jain and others were accused of possessing of “disproportionate assets.”

His arrest has come at a time when Jain – as the AAP’s in charge of the poll-bound Himachal Pradesh – has been busy with the party’s organisational and political affairs.

Though the ED had questioned the Shakur Basti MLA of Aam Aadmi Party in 2018 in connection with this case, for the next three years there was little progress in it.

Earlier this year, Delhi chief minister Arvind Kejriwal had said he has been “informed by sources that the ED may arrest Jain just before assembly elections in Punjab.”

“From our sources we have got to know that right before Punjab polls in the coming few days the ED is going to arrest Satyendar Jain. They are most welcome. Previously too, the Union government had conducted raids at Satyendar Jain but got nothing,” Kejriwal had said in a virtual press conference in the national capital.

Jain too had brushed aside the matter, saying: “They are welcome to come whenever they want. Even before this, they have raided me twice but all has been in vain. This is all politics and they did it during the last Punjab elections also. ED, CBI all are welcome. I am ready, if they want to arrest me, they can arrest me.”

In April, the agency said that assets worth Rs 4.81 crore belonging to Jain’s family and companies “beneficially owned and controlled” by him were provisionally attached as part of a money laundering probe against him.

In a statement, the ED had then stated that it has issued a provisional order under the Prevention of Money Laundering Act (PMLA) for the attachment of the assets.

According to the ED, its investigation into the money laundering case had revealed that “during the period 2015-16, when Satyendar Kumar Jain was a public servant, the companies beneficially owned and controlled by him received accommodation entries to the tune of Rs 4.81 crore from shell companies against cash transferred to Kolkata-based entry operators through the hawala route.”

The central agency had stated that “these amounts were utilised for direct purchase of land or for repayment of loan taken for the purchase of agricultural land in and around Delhi”.

The Aam Aadmi Party has reacted strongly to Jain’s arrest. Delhi deputy chief minister Manish Sisodia tweeted that it was a “fake case”.

He linked the development to the upcoming polls in Himachal Pradesh and wrote: “A fake case is being run against Satyendra Jain for 8 years. Till now ED has been called many times. In between, ED stopped calling for many years as they did not get anything. Now they have started again because Satyendra Jain is the election in-charge of Himachal. BJP is losing badly in Himachal. That is why Satyendra Jain has been arrested today so that he cannot go to Himachal. They will be released in a few days as the case is completely fake.”