The EC wanted the power to postpone or cancel elections if reports of bribery surface, similar to the power it has to do so when booth capturing occurs. 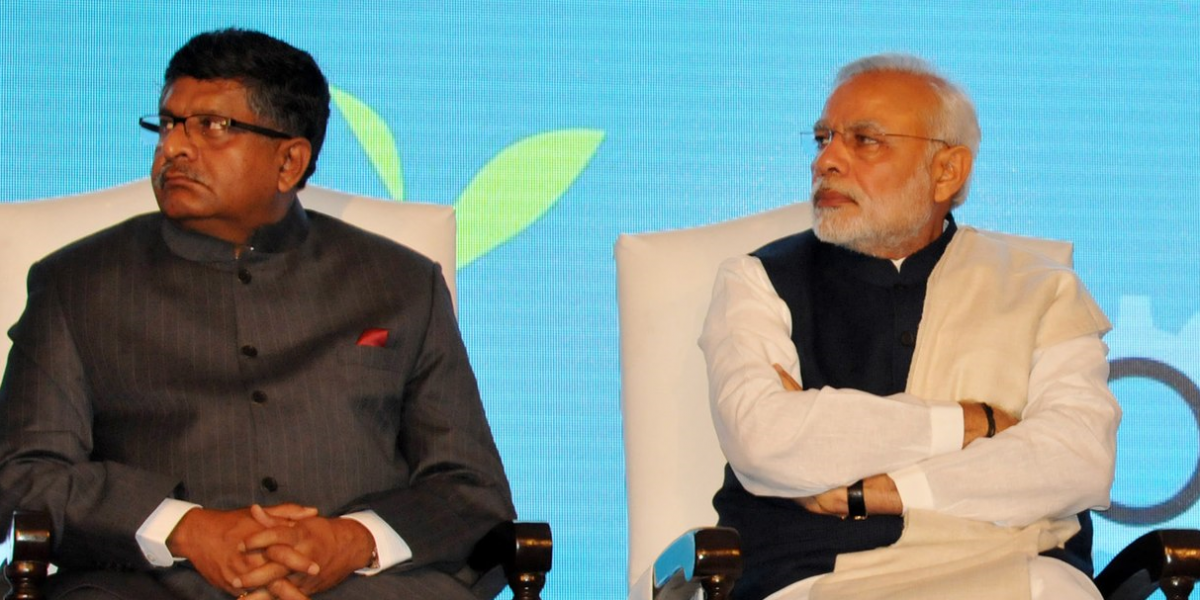 New Delhi: The Election Commission has written to the Narendra Modi government four times since 2016 requesting the power to postpone or cancel polls if incidents of bribery of voters are reported in any constituency or polling booth. The government rejected the demand every time.

Through an RTI query, The Wire has obtained several documents from the ECI regarding this matter, including letters from the law ministry and the law minister himself. The letters clearly show that despite the rampant misuse of money in elections, the government is reluctant to give the commission the right to countermand elections if cases of bribing surface.

The ECI first wrote to the government on June 6, 2016, and repeated the demand in three subsequent letters. Two of these letters were written by former chief election commissioner Nasim Zaidi and addressed to law minister Ravi Shankar Prasad.

In June 2016, the ECI sent a proposal to the law ministry to amend the Representation of the People Act, 1951. It sought the inclusion of a Section 58b, on the lines of Section 58a, under which the ECI has the right to adjourn or countermand elections in case of booth capturing.

The ECI demanded that a similar Section 58b be included so that elections can be postponed or canceled if political parties bribe voters in a constituency.

Section 58a was included in the Representation of the People Act in 1989. Booth-capturing was considered to be a major problem in elections. Several CEC’s have highlighted that the misuse of money power is posing a similar problem to free and fair elections.

However, both Ravi Shankar Prasad and the law ministry dismissed the commission’s demand, stating that booth-capturing and bribery are not the same and must be viewed from different perspectives.

In a letter addressed to Zaidi dated November 18, 2016, Prasad wrote:

As far as the proposal to include special provision in the Representation of the People Act 1951, for canceling elections in case of bribery of voters, is concerned, I can say it is not advisable to compare booth-capturing with allegation of bribery of voters since the circumstances are incomparable. Allegations of bribery are always a matter of investigation and proof. Besides, the Commission has been dealing with such situations in the past under the powers vested in Article 324 of the Constitution. Therefore, it may be desirable to maintain the status quo.

Previously, a similar letter was sent to the ECI by the law ministry on September 26, 2016, signed by K.K. Saxena, deputy secretary to the Government of India. When the ECI raised the issue a second time, the ministry merely reiterated its previous response in a letter dated May 22, 2017 to reject the commission’s demand.

After Prasad wrote back to Zaidi, the former CEC responded once more. He wrote on November 23, 2016:

The law ministry have opined that it would not be correct to compare booth capturing with allegations of bribery as the latter would be a matter of investigation and proof. In this context, I would point out that even in the case of booth capturing, the Commission takes up follow up legal action only after verification of facts and on its satisfaction as laid down under relevant law. Thus, the Commission does not consider that the two offenses need to be looked at differently for the purposes of action by the Commission.

As already proposed in the earlier letter, considering the widespread incidents of misuse of money and rampant attempts to bribe electors, it would be desirable to have a specific provision in the law to deal with such cases rather than resorting plenary power under Article 324 on each such occasion.

In April 2017, under the powers vested in Article 324, the ECI cancelled the Radha Krishna Nagar Assembly bypolls in Tamil Nadu after a huge amount of cash was seized. In 2016, the commission canceled elections in Aravakurichi and Thanjavur assembly constituencies of the same state due to cases of bribery.

Speaking to The Wire, Zaidi said the government is of the opinion that the commission should deal with this matter only under Article 324. “The Supreme Court had given the provision that the Election Commission can take action under special circumstances, in matters where there is no law, or the law is silent. Since the cases of bribery have become very widespread, Article 324 cannot be used repeatedly. It is insufficient. There is need for a separate law. The way the commission brought down instances of booth-capturing by 99.99% by enacting a law, similarly, it will be able to control bribery if a law is formulated,” he said.

Zaidi said that it is important to include Section 58b in the RPA 1951 to conduct free and fair elections. He felt the commission should keep sending the recommendation to the government.

However, information obtained from the ECI shows that no other commissioner has sent a similar recommendation after Zaidi.

Recently, CEC Sunil Arora said the “rampant misuse of funds” is one of the major challenges for Indian democracy. Previously, several other election commissioners have also put forth this problem before the government.

While Modi claimed that demonetisation will curb black money, former CEC O.P. Rawat said it was ineffective. He revealed that cash worth Rs 200 crore was seized during the 2018 assembly polls in five states. 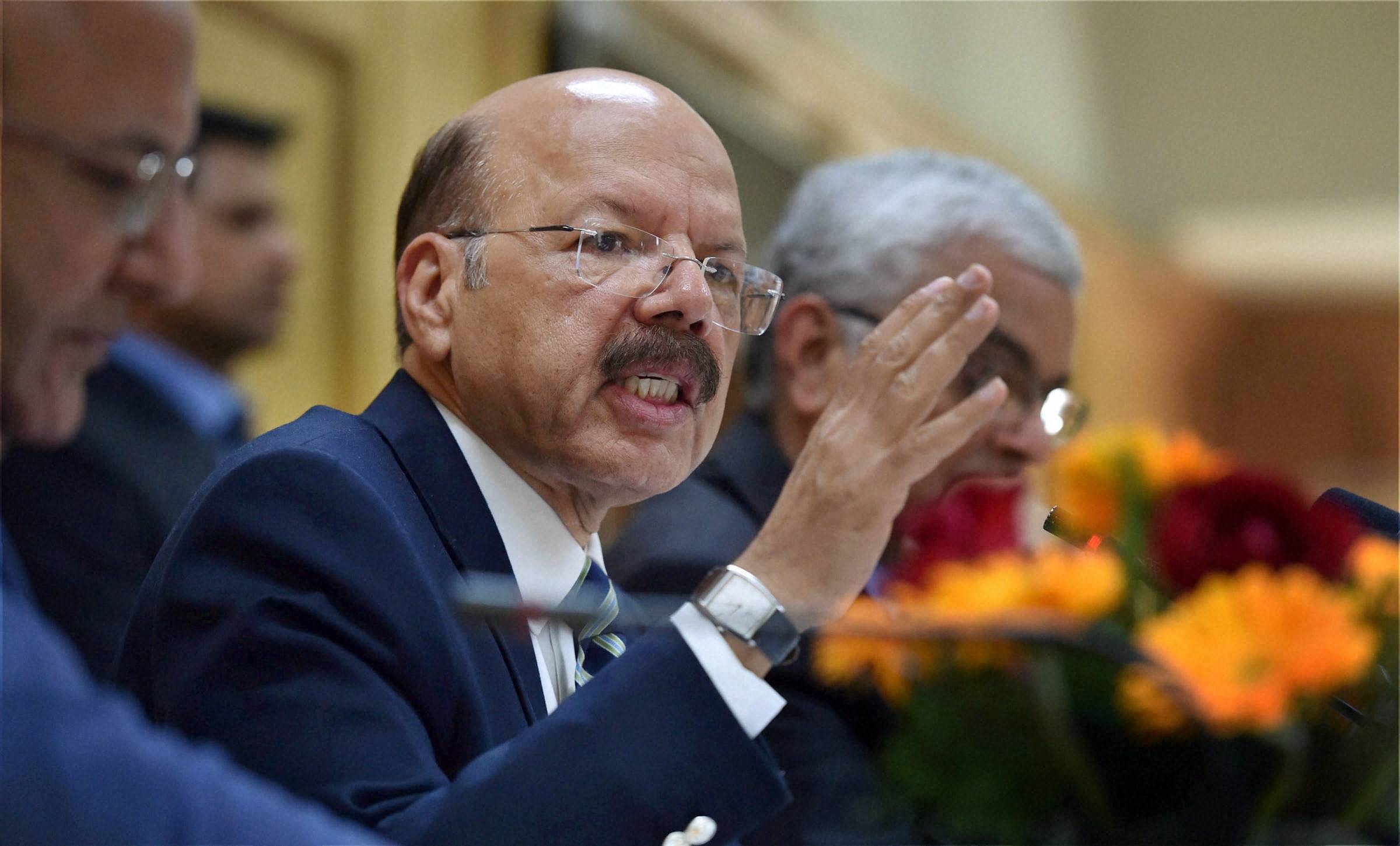 Information obtained through an RTI also reveals that the ECI had seized cash worth Rs 175.53 crore during the assembly polls of Assam, West Bengal, Kerala, Tamil Nadu and Puducherry in 2016. It also seized 52.76 lakh litres of liquor worth Rs 24.29 crore and 65,260 kg of drugs worth Rs 12.05 crore.

The situation was the same during the 2017 assembly elections, when Rs 184.85 in cash, 37.26 lakh litres of liquor and 6,264 kg drugs were seized in Uttarakhand, Punjab, Goa, Uttar Pradesh and Manipur. In addition, gold and silver worth more than Rs 50 crore were also recovered. In UP alone, the Commission had seized cash amounting to Rs 119.03 crore.

Election Commission Documents by on Scribd

In a letter dated April 24, 2017, the ECI told the government, “These figures are only indicative of the extent and seriousness of the issue as it is generally felt that these seizures are tips of icebergs and the law needs to be tightened to place effective curbs on the misuse of money power vitiating the fairness of electoral process.”

Bribery in elections is an attempt to manipulate the electors to influence their choice, and is a very serious offence in the context of free and fair elections. Considering the huge vitiating effect of the offence, the Commission is of the view that this offence has to be put on a different pedestal as compared to other offences for the purposes of disqualification for contesting elections.

Apart from this, the commission proposed that disqualification should arise if charges have been fixed against a person for offences of bribery and undue influence under Sections 171b and 171c of IPC. Currently, the rule is that if a person is convicted for at least six years, he is ineligible to contest elections under Section 8 (1) of the RPA 1951.

A recent report of the Association for Democratic Reforms (ADR), an NGO working towards electoral reform, affirms that distributing money, liquor and precious gifts can influence voters. The ADR found in its survey that for 41.34% of voters said these items were the reason for voting for a particular candidate.