Dwivedi, Sanjjanaa Galrani, Rahul Thonse, party organiser Viren Khanna and B.K. Ravishankar, whose custody ED has sought, are accused of not only consuming drugs but also supplying them in parties through 'drug peddlers'. 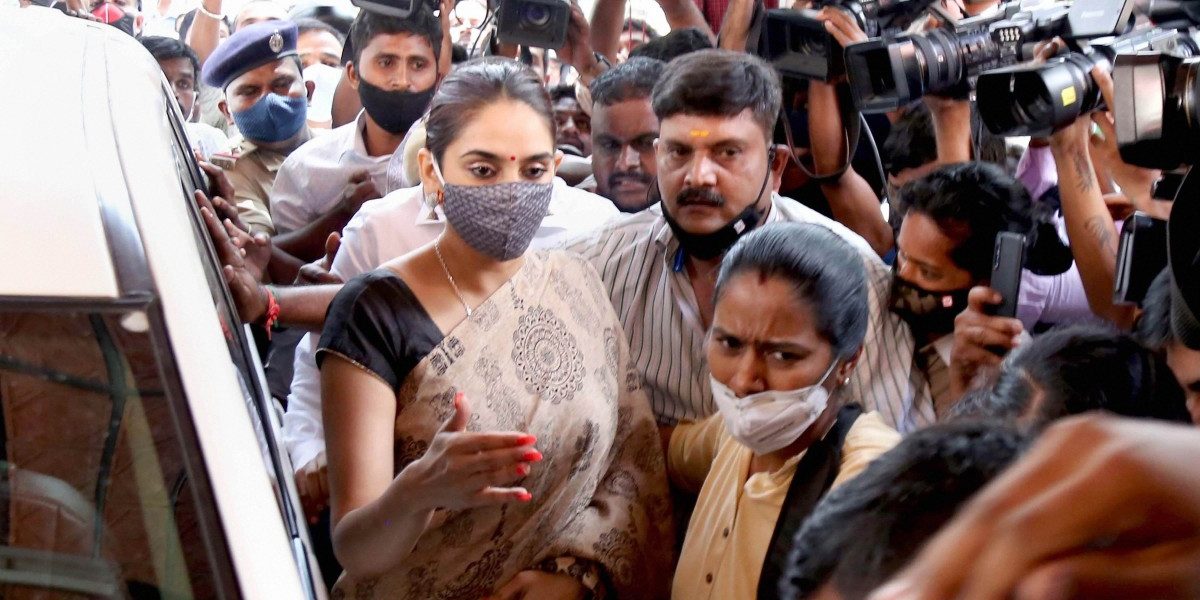 Kannada actress Ragini Dwivedi at the Central Crime Branch office for question in connection with the sandalwood drug scandal, in Bengaluru, on September 4, 2020. Photo: PTI

Bengaluru: A special court here has granted the Enforcement Directorate five days custody of Kannada film actors Ragini Dwivedi and Sanjjanaa Galrani and three others, who were arrested in a drugs case.

Dwivedi, Galrani, Rahul Thonse, party organiser Viren Khanna and B.K. Ravishankar, whose custody ED has sought, are accused of not only consuming drugs but also supplying them in parties through ‘drug peddlers’.

In its submission to the NDPS (Narcotic Drugs and Psychotropic Substances) Special Court, the ED said the preliminary inquiry of the money laundering investigation revealed a huge amount of proceeds of crime in money laundering activities.

“If such proceeds of crime involved in money laundering are not attached or confiscated immediately, the objects of the Act shall be defeated,” the ED said in its submission.

The ED said to unearth or trace the properties, which are acquired by the accused “by way of extortion, killing, dealing of drugs etc, recording written statements from the accused person is essential to know the details of properties purchased and investments made out of the proceeds of crime.”

Meanwhile, a Nigerian drug peddler Ossy, who was reportedly supplying drugs to bigwigs involved in the drugs case, has been arrested, a Central crime branch official said.

According to police, he is allegedly an associate of Simon, another Nigerian drug peddler already arrested.

Police seized some synthetic drugs from his possession, the police said.

The police have arrested 15 people in connection with the case while many others are at large.