In a letter to his colleagues, central information commissioner M. Sridhar Acharyulu has said that the Justice Srikrishna panel's recommendations may render the RTI Act “absolutely useless in securing access to public records pertaining to public servants”. 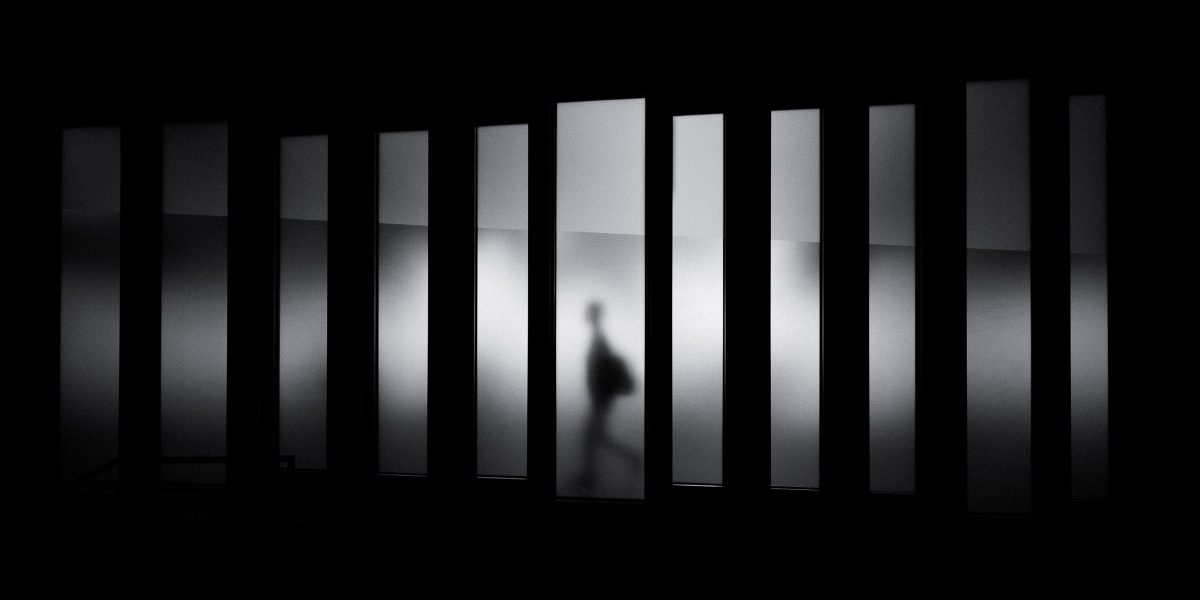 According to Acharyulu, the Justice Srikrishna committee recommendations are “clad in more ambiguity” and leaves “wide scope” for misinterpretation". Credit: David Werbrouck on Unsplash

New Delhi: Following the Justice Srikrishna Committee’s recommendation to replace Section 8(1)(j) of the Right to Information Act with another will render the Act “absolutely useless in securing access to public records pertaining to public servants”, Central Information Commissioner M. Sridhar Acharyulu has noted in a letter to all the other CICs, including chief R.K. Mathur. The committee made this suggestion in the draft Personal Data Protection Bill 2018 submitted to the Ministry of Electronics and Information Technology. Acharyulu has urged the CICs to “take up this Bill seriously for discussion and take a stand to oppose it at this stage itself to save the Right to Information.”

Acharyulu – a former professor of law at the National Academy of Legal Studies and Research in Hyderabad, and the author of 30 books on law and journalism, including four on the RTI – has called upon all his colleagues at the Central Information Commission to “to meet and consider this new threat and take appropriate steps”.

`Replacement of section dealing with privacy clause is not warranted’

Stating that “the replacement of Section 8(1)(j) is not warranted”, Acharyuly wrote that “there is absolutely no need to replace present privacy clause, as it has properly balanced the privacy rights of the public servants and the public interest in disclosure of information in connection with public activity”.

He added that “the privacy of public servants has been protected by the RTI Act as envisaged by Supreme Court in R. Rajagopal v Tamil Nadu and Justice Puttaswamy cases” and therefore, there was “absolutely no need to replace present section 8(1)() of RTI Act.”

“The recommendation to replace this is unconstitutional,” he wrote.

`Justice Srikrishna panel did not consult CIC, its report deserves to be rejected’

Acharyulu also stated that “significantly, Justice Srikrishna Committee has not consulted Central Information Commission, before” and therefore demanded that “the report and the Bill, as far as its interference with RTI is concerned, deserve to be rejected at threshold”.

Making a mention of the fact that this “problem” has come up at a time when the “threat to reduce the status of ICs” has not been “totally diminished” – referring to fact that the draft RTI Act Amendment Bill 2018, which seeks to give the Centre the power to determine information commissioners’ tenures and salaries has only been deferred – Acharyulu made a detailed presentation on how the Personal Data Protection Bill 2018 now stands to threaten the very existence of what the RTI stood for.`

`Harm test’ to deny RTI would cause more harm than good 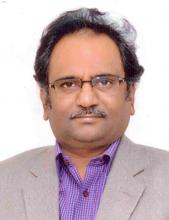 Acharyulu said Section 8(1)(j) of RTI Act 2005 noted that “notwithstanding anything contained in this Act, there shall be no obligation to give any citizen …. (j) information which relates to personal information the disclosure of which has no relationship to any public activity or interest, which would cause unwarranted invasion of the privacy of the individual unless the Central Public Information Officer or the State Public Information Officer or the appellate authority, as the case may be, is satisfied that the larger public interest justifies the disclosure of such information.”

Under the PDP Bill 2018, this clause (j), he said, is replaced to state that “information which relates to personal data which is likely to cause harm to a data principal, where such harm outweighs the public interest in accessing such information having due regard to the common good of promoting transparency and accountability in the functioning of the public authority”.

Acharyulu cautioned that “Section 8(1)() if replaced, will expand scope of denial of information with several ambiguous and very wide expressions. More harmful is proposed ‘harm test’ to deny the RTI.”

He also pointed out that the suggested Section 8(1)(j) says “information which relating to personal data” can also be denied. “This,” he said, “means the personal data can be rejected if it causes harm to data principal (owner/public servant about whom the information is sought).”

While both the RTI Act 2005 and the new draft Bill say “provided…that the information, which cannot be denied to the Parliament or a State Legislature, shall not be denied to any person’’, another difference between the two creeps in where the draft Bill makes a mention in the “explanation”, stating: “For the purpose of this section, the terms “personal data”, “data principal”, and “harm” shall have the meaning assigned to these terms in the Personal Data Protection Act, 2018” and that under “Section 3 (14) “Data principal” means the natural person to whom the personal data referred to in sub-clause (28) relates.”

Arguing that this definition of “personal data” could result in the denial of information, Acharyulu stated that “Section 3 (29) of the Bill 2018 says: “Personal data” means data about or relating to a natural person who is directly or indirectly identifiable, having regard to any characteristic, trait, attribute or any other feature of the identity of such natural person, or any combination of such features, or any combination of such features with any other information.”

He observed that “this definition itself is very wide in scope. It says any information ‘relates to it also can be denied. Scope of rejection is expanded without bounds. It is ambiguous, wide and unlimited.”

The CIC has also referred to how in Section 8(1)(j) of the present RTI Act, the larger public interest is the test to relax the exemption and empowers a public information officer to give information. However, he said, “Justice Srikrishna report says the undefined ‘public interest’ is ambiguous and suggested to specify the relaxation clause.” He cautioned that what has been recommended by the panel is “clad in more ambiguity” and leaves “wide scope” for misinterpretation.

Because of the recommendations, Acharyulyu said, the public information officers would have on their hands a “more difficult task to understand whether this ambiguous harm is going to outweigh common good of promoting transparency. It is neither easy for PIO nor for applicant to explain this or justify.”

And, he said, Justice Srikrishna’s recommendation did not define common good, promotion, transparency and accountability. Moreover, he said, the report or the Bill did not even define “privacy”.

A protest against proposed changes to the Right to Information (RTI) Act. Credit: Facebook/ Somnath S.N.

`Definition of “harm” can damage RTI’

Acharyulu’s letter pointed out that the most important expression that can cause serious harm to RTI is “harm”. He said Section 3 (21) of the draft stated:

“‘Harm’ includes, (i) bodily or mental injury; (ii) loss, distortion or theft of identity; (iii) financial loss or loss of property, (iv) loss of reputation, or humiliation; (v) loss of employment; (vi) any discriminatory treatment; (vii) any subjection to blackmail or extortion; (viii) any denial or withdrawal of a service, benefit or good resulting from an evaluative decision about the data principal; (ix) any restriction placed or suffered directly or indirectly on speech, movement or any other action arising out of a fear of being observed or surveilled; or (x) any observation or surveillance that is not reasonably expected by the data principal.”

Acharyulu said the first two words, “harm includes”, are enough to cause confusion as they may mean “anything beyond what were specified in 10 clauses” in Section 3(21) of the Bill. And “those harms are left to the imagination of the PIO”.

`Mental injury’, `loss of reputation’ may be used to reject all RTI pleas

Another vague expression that may be used to deny information, the CIC said, was “bodily injury or mental injury”. He reasoned that since any RTI request may embarrass, upset or cause worry to the public servant in question, it might be construed as causing mental injury. “PIO can instantly reject any information calling it embarrassing or that can cause mental injury!” Acharyulu wrote.

Furthermore, he said the Justice Srikrishna report says even the possibility of ‘humiliation’ is enough to deny information ‘which is likely to cause harm’. Here again, he said the expression `likely’ is a general prefix for all kinds of harms listed in Section 3(21) and also those not listed. Actual harm and likely harm could be grounds for rejection. “The PIO could imagine any injury is `likely’,” Acharyuly explained.

In a similar vein, the CIC wrote that the expression ‘subjecting him to blackmail or extortion’ has also been used to state that if disclosure of any information under the RTI is likely to subject a corrupt officer to blackmail or extortion, the PIO can refuse. “With this clause, every corrupt officer can be safeguarded from possible blackmail. Corruption related information can become his private information as per this Bill,” he said, sounding a note of caution.

Acharyulu said the clauses pertaining to “restriction placed or suffered” and “observation and surveillance that is not reasonably expected by the data principal” would together with the other eight clauses ensure that corrupt officers have “10 exit gates to escape from RTI scrutiny by the people”.