"No unparliamentary words should be used during any interaction with the public," the state police chief ordered cops upon high court direction. 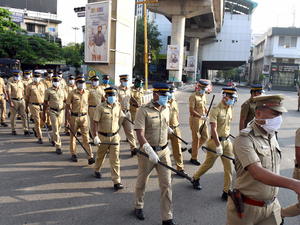 Thiruvananthapuram: Kerala Police chief Anil Kant on Friday issued a circular asking all police officials in the state to behave politely with the public and not use eda or edi while talking to them.

Eda or edi is a colloquial manner of addressing one another. It is used among friends and foes equally with changes in modulation depending upon the situation.

Eda or edi is considered disrespectful when addressing an elderly person or unknown person.

Kant, in the circular, stated that police officers should behave in a civilised and humble manner while dealing with the public.

“No unparliamentary words should be used during any interaction with the public. Directions have been issued not to use eda‘ or edi‘ while talking to people,” the state police department said in a release.

The move comes following a recent order of the Kerala high court asking the state police not to use disrespectful terms while interacting with the citizens.

The circular also said that the district special branch will closely observe the behaviour of police with the public and impolite behaviour will immediately warrant action by the unit head concerned.