Don't the Disabled Have the Right to Pray?

The Ministry of Foreign Affairs' recently renewed Hajj guidelines flout the Mental Healthcare Act, the Rights to Persons with Disability Bill 2016 and the fundamental right to pray. 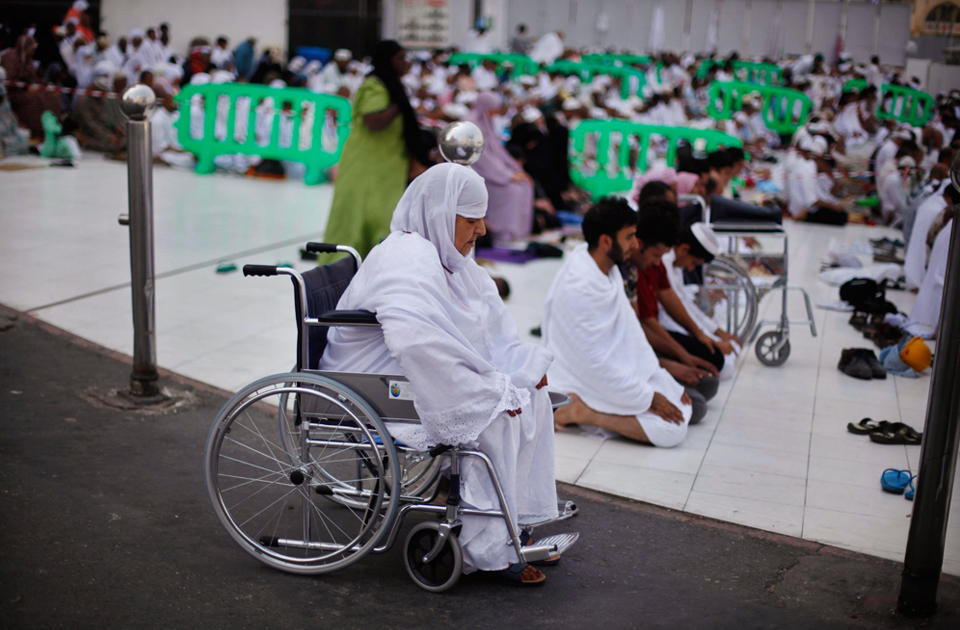 Those familiar with South Asian culture will know that Hajj is the annual Islamic pilgrimage to the holy city of Mecca and as per the Quran, it is a mandatory religious duty, to be performed by all practicing adult Muslims – who are physically and financially capable of undertaking the journey – at least once in their lifetime. Annually, an approximate of two million individuals undertake the pilgrimage; in 2017, 1.7 lakh citizens from India embarked on the holy journey.

Earlier this year, the Ministry of Foreign Affairs released renewed guidelines for Hajj pilgrims for 2018-22. One of the criteria is:

“Any Muslim citizen of India can apply for Hajj pilgrimage except persons suffering from polio, tuberculosis, congestive cardiac and respiratory ailment, AIDS, leprosy, acute coronary insufficiency, coronary thrombosis, mental disorder…’, further adding to the list of people disqualified to apply ‘persons who are crippled, handicapped, lunatic or otherwise physically incapacitated or suffering from amputation of legs’.”

What such a guideline essentially means is that an individual with any disability – physical, intellectual or psychosocial — is ineligible to embark on the pilgrimage to Mecca. The discriminatory clause in the guidelines issued by the foreign affairs ministry is yet another example of how rights of persons with disabilities in India are upheld only in word and almost never in spirit.

Dr. Satendra Singh, a disability rights activist and a medical doctor practicing in Delhi, also honoured with the Henry Viscardi achievement award for his work in disability rights, said that these guidelines are completely flouted by the foreign affairs ministry’s Hajj Guidelines, and that they have written to the minority affairs minister, Mukhtar Abbas Naqvi, in this regard. Singh also said that the guidelines violated the Mental Healthcare Act, the Rights of Persons with Disability Act, fundamental rights guaranteed under the Indian constitution, as well as the right of persons with disabilities to pray. In addition, words such as lunatic, crippled, etc., are further reductive and stigmatising, and should find no space in official guidelines.

Thirty-four year old Mohammad Faisal, a citizen of India, who has polio and scoliosis (a curvature of the spine and compromised lungs), wanted to apply through the Delhi government portal for his elderly father and himself, but found that he was ineligible because of the above conditions. Even though he has a rod in his spine, he is able to offer prayers, Salah, by sitting or kneeling on a chair for support. Faisal asks if the guidelines will not allow his brother, who is mentally unstable and is still able to perform Salah regularly, to go for Hajj either? Who will escort his brother if Faisal himself is denied permission? Faisal is an engineer and a social activist and would make the ideal escort, both for his elderly father and his brother. On the other hand, the Ministry of Hajj of the Kingdom of Saudi has no such restrictions; they are working on making spaces more accessible, have provisions for wheelchairs and are open to providing other means of reasonable accommodation, so as to ensure that persons with disability too can undertake the pilgrimage, just like their non-disabled counterparts.

Vaishnavi Jayakumar, member, Disability Rights Alliance (DRA), minces no words as she lets her rage show: “I first thought it was yet another timewarped leftover from the colonial era, the hopelessly outdated and offensive remnants that litter our laws and policies even today, words like lunatics and idiots sprinkled through official documents and forms. But no, this is something newer, making its appearance in the current Hajj policy. The prejudice and assumption is inherent and this conflation of physical incapacitation and illness with visible disability needs to stop.”

This prejudice is not just against disabled Muslims. Recently, an Everest climbing amputee and former national-level volleyball player, Arunima Sinha, was prevented from entering the inner chamber of the Mahakal temple in Ujjain, on the claims that her clothes were not suitable. Though the state government has since apologised to Arunima, when patriarchy, religion and ableist attitudes mix, a dangerous cocktail emerges, one that pained Arunima greatly when her disability was mocked in the temple.

Society is always telling disabled people, “No you can’t” in matters completely divorced from their disability. It is time to truly embrace ability of all shades and remove these archaic guidelines once and for all and let persons with disability do, attend, live, love and pray as they please.

This episode, is yet another, in the list of several others, which exposes the dissonance in the actual attitude towards persons with disability and in the attitude the government ‘presents’ towards people with disability, deciding to call them divyang (divine) despite their protest and on the other hand using medieval terminology like ‘lunatics’ and ‘crippled’ and denying them the right to practice their religion – a basic human right and a constitutional fundamental right.

Jhilmil Breckenridge is a poet and writer and the Managing Trustee of a mental health advocacy charity, Bhor Foundation in New Delhi. Follow her on Twitter @jhilmilspirit. Manisha Shastri is a social worker specialising in disability rehabilitation and assistant editor (social sector) with The Citizen, writing on disability rights and other social issues.