Do the People of Arunachal Pradesh and Ladakh Not Deserve Good Governance?

By transferring erring officers and continuing the tradition of 'punishment postings', the Modi government has revealed what it really thinks of the periphery. 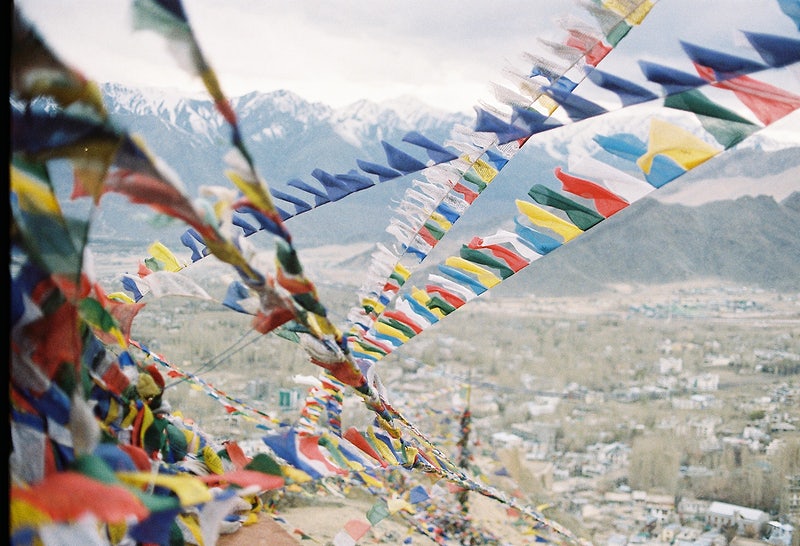 On Thursday, May 26, a report that hit the day’s news cycle had all the ingredients to make your blood boil as a law-abiding citizen – a top Delhi bureaucrat couple, Sanjeev Khirwar and Rinku Dugga, were apparently using their official power to shoo away training athletes with a guard’s whistle at the Thyagraj stadium just because they wanted to take an evening walk with their dog on the track.

The ever-so-discernible ‘babudom’ in Delhi and elsewhere in the country was rightly questioned across social media, even leading to an editorial a day later in the Indian Express, the newspaper that broke the story. Highlighting yet another incident that the paper had reported recently – about a top bureaucrat in the Narendra Modi government, Ministry of Civil Aviation secretary Rajiv Bansal, using his official powers to get discounted airline tickets and an upgrade to the first class for him and his wife for a foreign holiday – the newspaper editorial cited a reason for wide resonance that these incidents find among the public; why “they do not come across as exceptions”.

“Rather, they are a pattern, a culture that has come to be associated with  the ‘steel frame’ Almost every other aspect of the Indian state has witnessed a churn – democratic impulses have deepened and entire sectors have opened up to questions and challenges. But the bureaucracy often seems to be the wing of government that has most retained its colonial character.”

What the editorial, and the mainland public outrage over the incident, fell short of recording, though, is what we need to hold up and question too – the pattern of punishment followed by the Modi government to the erring bureaucrat couple. The Modi regime, his ministers and MPs (including those hailing from the Northeast and Ladakh) and his party, the Bharatiya Janata Party (BJP), have been saying that they have ‘brought’ the periphery to the mainstream, but what the Ministry of Home Affairs did by the end of the day on May 26 was to follow a set pattern of action that most governments at the Centre across political colours have been indulging in. For too long.

In other words, the ‘steel frame’ was allowed to remain so on May 26 too by the MHA. The prime minister and other senior ministers now make frequent trips to these areas to wave at the public; but when the time came for real and not just cosmetic change, they have failed.

By evening, the news came that the couple have been handed out transfer orders – Khirwar to Ladakh and Dugga to Arunachal Pradesh. And lo! The social and traditional media space rejoiced at the ‘punishment’ meted out to them. All can hit the pillow now in peace.

Much as I wanted, like so many other fellow citizens, quick action by the authorities for such top office holders to get a firm message that power can’t be misused in a democracy, I couldn’t rejoice. Several others hailing from the periphery felt the same way. Because the message that the MHA gave out through its action was that our homeland is still their kalapani.

Mainland Indian media celebrating transfer of two IAS officers to #Arunachal and #Ladakh from Delhi for walking their dog after stadium closing time is what metro media is all about. Furthering the deep prejudice against border states and inability to ask valid questions.

We are not and will not be Siberia for the rest of India to send people on ‘punishment’ posting #ArunachalPradesh should rightfully be reserved for merit posting @PemaKhanduBJP. Delhi with its foul air is punishment enough

#NoPunishment #IAS
Apart from the racist idea of #PunishmentPosting , this would be special treatment for the Babu. If past experiences of Central government establishments and officers is anything to go by (a short thread)@nit_set @tongamrina @DollyKikon

Let’s avoid the list of such cases of punishment postings by Delhi as it would be too long. What I instead want to highlight here is that the periphery also has Indian citizens and they too need good governance, and they too get outraged by the misuse of power by top bureaucrats posted in their respective states. Yesterday, in that rejoicing what was forgotten was exactly that. Did the MHA have no option but to throw these officials at border states? To areas where the misuse of power by these tainted bureaucrats is likely not be monitored?

And for the record, let’s also highlight that bureaucrats in most of the peripheral states that are lined across international borders, particularly in the Northeast, enjoy a slew of hardship allowances and perks. For instance, in some NE states, the income tax of these officials is reimbursed simply because they are posted there.

Here, a point must also be reiterated which the BJP government in Arunachal Pradesh too has been asking the Modi government to do besides the Mizoram government – have a separate cadre for these border states away from AGMUT. The state assemblies of Mizoram and Arunachal have passed resolutions in this regard. But Delhi is silent. More details on this can be read here.

Tabling the resolution on October 18, 2017, the Arunachal BJP leader and chief minister Pema Khandu had argued: “After 30 years of attaining statehood, it is the right time we get separate cadres, so that development percolates down to all parts of the state in the real sense.”

If this demand had been met, perhaps the Modi government could have rightly claimed that they have broken the ‘steel frame’ of ‘70 years of kuch nahi huwa’ (nothing happened in the last 70 years), and ensured that only those officials are sent to the state (and to Ladakh too) who know the region and its specific needs to deliver good governance to a swathe of fellow citizens. Instead, it remains a dumping bin for speedy punishment postings to calm public nerves and move on.