DNA Bill: Lawmakers, Scientists Need To Be Clear About the Limits of 'Scientific Evidence'

The possibility exists in India's wider political climate for judgments to be misled by half-baked science, half-baked scientists, government interference and public indifference, or even arrogance. 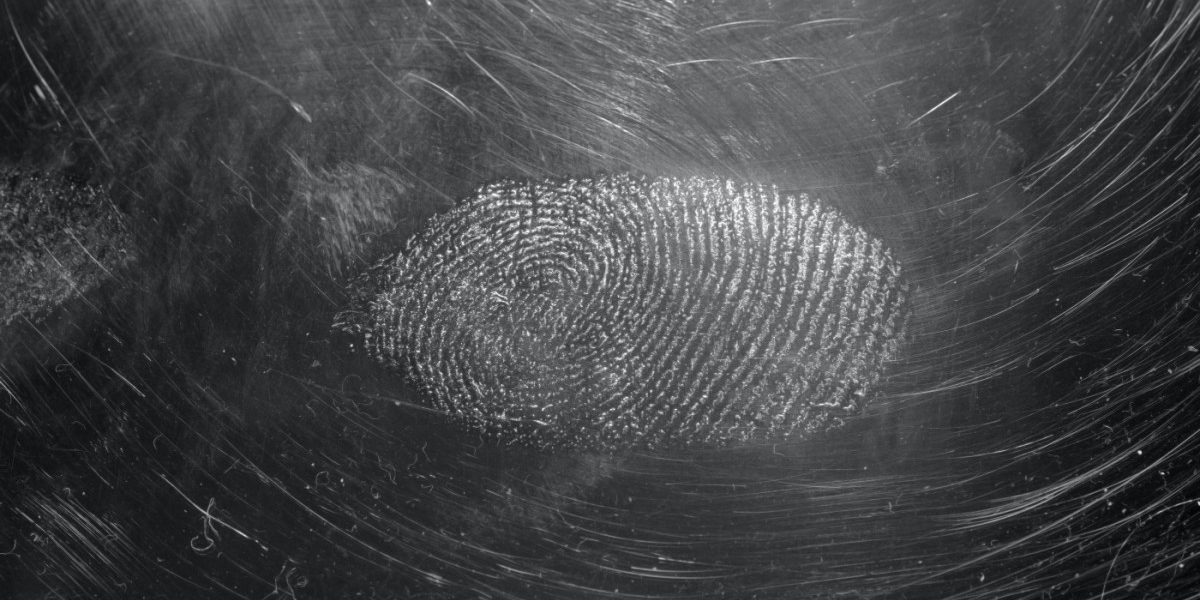 Representative photo of a fingerprint impression on glass: Immo Wegmann

The Parliamentary Standing Committee on S&T, Forests and Climate Change has submitted its review on the DNA Technology (Use and Application) Regulation Bill 2019 to parliament. On page 9, the report considers the lack of “academic work” on the use of “scientific evidence” in Indian courts and writes:

The Committee, therefore, underlines with utmost importance that it is essential the Bill enables the creation of an ecosystem that benefits from scientific evidence like DNA, therefore allowing the legal system to become experienced in the use and appreciation of DNA evidence. This will enable the legal system to understand the technology’s limitations, identify when it is appropriate to use DNA technology to solve crimes appropriate and over time, substantially minimise all possible errors. Widespread and extensive training is of paramount importance.

These are sage words – but the “creation of an ecosystem that benefits from scientific evidence” requires one more thing that the committee’s report doesn’t mention: humility, of sorts.

No room to disagree

At the outset, any ecosystem that upholds the dignity of both science and the law must also accommodate conditions in which scientists can develop a deeper understanding, free of any interference, of the instruments and methods underlying evidence. They must be free to speak up as often as they’re required to do so in the public domain, and, finally, be heard instead of silenced. In addition, given the revolutionary nature of DNA profiling vis-à-vis forensic science, and its vaunted feature of being accurate 99.x% of the time, it takes a certain humility to be able to identify the exceptional instances before it is too late.

The COVID-19 pandemic has taught us many things, including the fact that even when the government is confronted with good science, it will not tolerate disagreement, and dissent even less. In the past 10 months, a small clutch of scientists and other experts have repeatedly spoken up against government mistakes and deceptions while the wider community of experts has stayed noticeably quiet. In turn, the government has pushed back against comments from senior, well-regarded scientists by attacking their credentials instead of their arguments, orchestrating signature campaigns against them and, in one case, going so far as to dismiss legitimate questions because the scientist in question had disagreed with the government’s Citizenship (Amendment) Act 2019.

In addition, no court’s judgment is pronounced in a vacuum. Even if scientists are called to consult on a case, to advise a judge or weigh in for a report, the context in which the scientist discusses a problem, the information that has been shared with them as well as the information based on which they supply their own wisdom matters – especially if the defendant faces many years of imprisonment or the death penalty.

People are the problem

For example, it used to be that investigators could check for the presence of seminal fluid in a given sample; if it was present, the court could conclude the fluid came from the suspect. Today, investigators can – and thus need to – extract Y chromosomes from the seminal fluid, ascertain a match with the suspect, and submit it in court with the caveat that the fluid could have come from the suspect, his father or his grandfather, etc.

But one forensic scientist in the US told The Wire that investigators often skip the seminal-fluid check and jump to a DNA analysis to cut time. This could be a problem if the suspect has aspermia: a condition in which a person’s semen doesn’t have sperm. In such cases, an investigator running a DNA test on some semen will get no results – i.e. a false negative.

More broadly, she continued, there are two new problems today, among others: of analysts exaggerating their results in court, and of investigators overestimating what DNA analysis can tell us. For example, she said, microscopic analysis of hair used to be the norm but today DNA analysis has taken its place. However, only hair root contains nuclear DNA, which can help identify specific people. The rest of the hair contains mitochondrial DNA, which can only say if it came from the suspect, their mother or her grandmother, etc. (even if the suspect is male).

In addition, studying the DNA can’t tell us if the hair has been damaged in a particular way. That information can come only from microscopic analysis – which investigators have been neglecting.

“It’s not the science that’s flawed. It’s the people that claim to be scientists who are often the problem,” the scientist said. “Many investigators in the US have no more than a high-school diploma – but unless they go through rigorous training at the UG level in science, they may not even understand hypothesis testing” to eliminate biases.

So deliberation and accountability are paramount. Transparency will help but simply sharing information may not help so much when complex technical information is involved. Independent experts will need data, and independence itself. And observers such as politicians and policymakers will need to pay close attention to debates between scientists – and listen to them.

In turn, the people at large must be sufficiently informed to understand a verdict and question it if necessary. A topical example where public mobilisation matters is that of air pollution in North India. The Supreme Court of India has on more than one occasion asked the Delhi government why it isn’t installing more smog towers in the city. But as multiple experts have written, smog towers are useless, a waste of money and only perpetuate a fetish with technological solutions that are not designed to solve what remains a deeply regulatory problem.

Finally, an honest appreciation of scientific evidence requires one to admit that one may not know something in the first place, instead of bristling at presumed accusations of ignorance or even impudence, as more than a few members of the judicial system have done of late. Science in particular requires its exponents to begin by acknowledging that they may not know something, and to graduate from this position to learning about it while constantly eliminating biases along the way.

A direct consequence of this process is a heightened appreciation for what science can’t tell us. Until the Supreme Court banned the practice in 2013, for example, officials in India had deemed the two-finger test to be a ‘scientific’ check of whether a victim of rape had been “habituated to sex”, based on digitally probing the laxity of the victim’s vaginal muscles. But the test has nothing to do with science, of course, let alone the possibility of rape having been committed. Instead, it’s rooted in the cultural idea that only those women who don’t have sexual intercourse until after marriage are of ‘good character’ and can therefore be violated at all.

Humility offers a way to negotiate all of these issues – if it existed. India, especially the Government of India, currently has a ‘jagatguru’ complex, presuming to know everything worth knowing before anyone else, thanks to the mythological feats of Hindus who lived here thousands of years ago. This attitude is deeply antithetical to the humility required in a given moment to consider the evidence, set aside any other claims, and determine – in a necessarily limited amount of time – if one is addressing the 99.8% or the 0.2%.

Many experts have previously written that DNA data alone shouldn’t be used to open or close cases, and that it is at best complementary in nature. If followed, this precept should offer a valuable safeguard against overstating the importance of genetic evidence over, say, physical evidence. Another safeguard comes from the judicial system as it is: the integrity of the various courts and their staff members, including the judges, and their daily interpretation of the law.

But having said all this, the possibility exists in India’s wider political climate for judgments to be misled by half-baked science, half-baked scientists, government interference and either public indifference or public arrogance. This is more so since the room to disagree with the government has practically vanished, and those who still disagree are threatened with disproportionate consequences.

In addition, as the forensic scientist said, the science is comfortable with its limitations; it is its practitioners that are often the problem. Just last month, nearly 50 “eminent scientists and doctors” signed a letter saying they were okay with the national drug regulator’s decision to approve two COVID-19 vaccine candidates: one had no efficacy data and the other was confused about the interdose gap. In addition to such unabashed sycophancy, bad journalism has often contributed to the impression that scientists themselves don’t know what they are doing, frequently confusing debate for rhetoric.

As the committee’s report on the DNA Bill says, “widespread and extensive training is of paramount importance.” These words are well-taken but a lot needs to change – more than whatever the Bill by itself could ever manage – for the system to appreciate and use ‘scientific evidence’ right.