People are hungry, penniless and tired. Only the Armed Forces have the dedication and skill required to tackle this challenge. 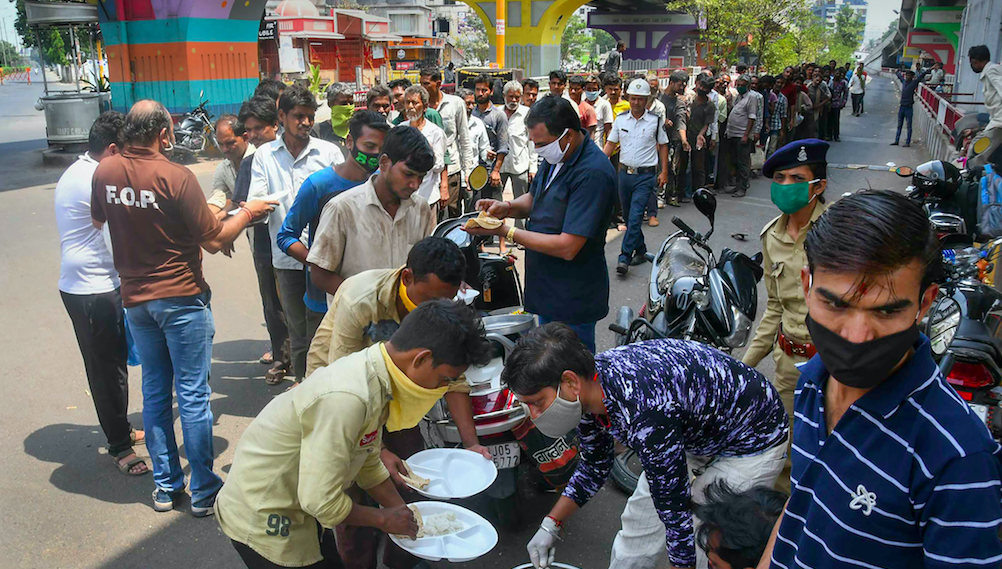 Members of an NGO provide food to poor people, during the 21-day nationwide lockdown to contain the coronavirus spread, in Surat. Photo: PTI

The nation stands behind you in these times when humanity faces the greatest challenge in centuries. No one can doubt your sincerity and commitment towards the country and its people.

Your government is working very hard as we, the citizens, can see. State governments are also doing their best.

But, the situation is very, very bad. People, the real India, are suffering pain and miseries which cannot even be described in words. One has no doubt that you are feeling their pain as much as many of us are.

A lockdown is essential and is in the larger interest of the nation. But, the soothing hand of the government is badly needed at a time like this. This is largely because right to life, safeguarded under Article 21 of the constitution, must be protected by the agency of the government.

One has no doubt that your colleagues and the bureaucracy is taking measures to ameliorate the pain of the common man. But one must confess that the nation is not able to see and feel that yet. What one sees are only the difficulties of the people all around.

People are hungry, penniless and tired.

Sir, people with my background do not need a helping hand. They can fend for themselves. But hundreds of millions of daily wagers, self-employed people and workers are simply helpless. Even a few days’ delay in ensuring relief to them will be fatal and will not bode well for this great country. I have no doubt that you will be also very unhappy about it.

So if I may suggest, would you kindly bring the Armed Forces, the Army, Navy, Air Force and the Border Security Forces, on the streets of every city, town and village with the food, ration and medicines that need to be distributed to the needy from street to street.

They alone can do this gigantic work efficiently. Our bureaucracy, if I can say this without being critical and disrespectful, lacks the kind of commitment needed for such service.

You must order free supplies of food instantly, so that people feel re-assured and are comforted. They are scared. They are frightened. They are clueless. They are directionless. And most of all, they are hurt and hungry.

Any delay in this direction will take away faith of the common man in governance and the institution of the government altogether. You must ensure their faith is not shaken.

Prime minister, you can do it. May be you alone can do it. If you fail, we may recede into anarchy. So please, please move fast.

I remember, you did call in the Army to help during the floods in Gujarat as chief minister,and they did a remarkable job. I myself witnessed with my son, Nimay, in tours during the tsunami in Tamil Nadu, how in fewer than 12 hours, the Army did wonders when called in by then chief minister Jayalalithaa.

During Kashmir’s severe floods, the Army did a fantastic job in helping people despite unrest there. Three army men died helping and when I sent money to their widows, their Regiment Heads called me and invited me and my wife to Kashmir as a sign of their gratitude.

People love and respect the Armed Forces. Their presence will soothe their wounds.

Discipline will automatically follow: Much will be achieved in no time as this crisis may linger longer than most people can digest.

The government should also appeal to the citizens to volunteer to help in this fight and give them special passes to work under government coordination. This way thousands of people can help in this war.

Of course, you must tell the nation that the Armed Forces are brought out just to help the civilian authorities, so that people do not mistake this as some kind of an Emergency.

Your message to the nation will clarify everything.

But sir, please, for the sake of India and its people, move fast and take all such steps which can reduce if not remove untold miseries of its people.