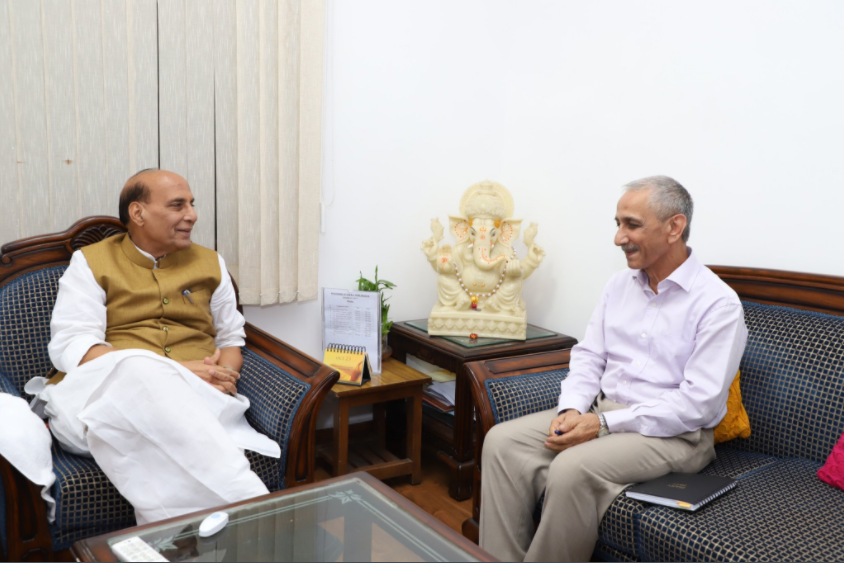 New Delhi: Former Intelligence Bureau (IB) chief Dineshwar Sharma, who has been appointed the Centre’s representative for a “sustained dialogue with all stakeholders” for a political solution to the Kashmir issue, is also leading three other peace talks as the Central interlocutor – all in the Northeast.

While this past June, Sharma, a 1979 batch IPS officer, had been named the new Central interlocutor for the ongoing peace talks with the Arabinda Rajkhowa-led faction of the United Liberation Front of Asom (ULFA) and the National Democratic Front of Bodoland (NDFB) in Assam for a year’s term, on August 9 he had also been named interlocutor for the ongoing talks with the United Peoples Front (UPF) and Kuki Nationalist Organisation (KNO) from Manipur by the ministry of home affairs (MHA).

Sharma, who served as the IB chief from January 2015 to December 31 2016, took over as the interlocutor for the ULFA and NDFB peace talks after a gap of over one and a half years since the last interlocutor P. C. Halder’s term ended, the UPF/KNO got its first interlocutor for talks with the Centre in Sharma, even though they have been on suspension of operation since 2008 after a ceasefire agreement was signed with the government.

“He will be a very busy man now. He has already been handling the ULFA and NDFB talks. We just hope he will have some time for us too.”

In August, the UPF/KNO leaders were called to New Delhi to introduce Sharma and also to extend the ceasefire with the armed groups till August 31, 2018. They were in the National Capital for the third time then, since talks formally began with the Narendra Modi government in June 2016.

“Thereafter, we had a round of talks with Sharma in Imphal on August 31. Tomorrow’s meeting would be the first with him in New Delhi,” said Calvin, leader of the armed group Zomi Reunification Organisation (ZRA), one of the many groups that come under the umbrella of UPF. A number of other armed groups operating on the India-Myanmar border of Manipur come under the umbrella of KNO as well. Together, they have been demanding “a state within a state” of Manipur comprising areas populated by Kuki-Zomi communities.

“It will certainly be a far busier job for him but I welcome it because I think he has a different style of working (unlike Halder). I also say so because he, in a short period of time, has understood our problem and the issues we have raised to be able to arrive at an agreement.”

Chetia and other ULFA leaders had a closed-door talk with Sharma early October in Guwahati.

This faction of ULFA has been in peace talks with the Centre since February 2011 to hammer out a solution to the over-three-decade-old armed conflict. Asked about when he thinks ULFA would finally arrive at a peace agreement with the Centre, Chetia said: “Certainly before the 2019 Lok Sabha polls. But a lot will also depend on the National Register of Citizens (NRC), as an updated NRC will dictate a lot of our demands and the direction of the talks.”

This past August, the Supreme Court, overseeing the NRC update process, directed the state coordinator for NRC, Prateek Hajela, to ready “a partial” draft by December 31 this year.