Notwithstanding an administrative failure, hospitals turning away patients for a lack of beds is an example of medical negligence and a breach of ethics. 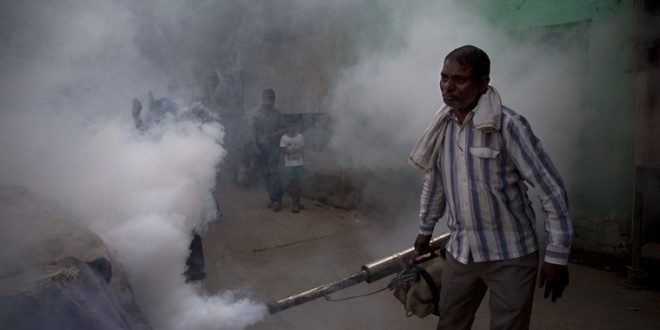 Dengue has been endemic in India for decades now, and has been reporting the highest number of cases globally. The incidence of the disease has been rising rapidly. Moreover, according to the National Vector-borne Disease Control Programme (NVBDCP), the nodal agency for prevention and control of vector borne diseases such as dengue, the scale of the outbreak changes from year to year.

This year, too, the dengue outbreak was reported in all states in the country. However, the situation according to the NVBDCP is still not under control and the incidence is very high in some states.

Delhi counts among the most affected states because the public health response has been poor. Common strategies that are formulated for managing dengue fever and outbreaks have not been implemented.

Dr. Ravindran, who heads the Emergency Cell at the Health Ministry and has managed several outbreaks and health crises in disaster prone areas for many years across the country, says that building public awareness prior to the emergence of dengue is crucial so that people are better prepared to handle the situation. It makes a big difference if people are aware about early warning signs that can help them approach health facilities for timely treatment.

Dr. Puneet Bedi, a gynaecologist and health activist, also says public health so far has not been a priority for ruling Delhi government. The Health Ministry has put together extensive strategies but they have not been implemented, especially in public health.

Dengue is not just a normal viral disease. It needs special attention, especially for those who are most vulnerable: the children. Since it is well known that the disease occurs every year, if appropriate action had been taken in May or earlier, before the commencement of the monsoon season, the outbreak could’ve been controlled. Another feature of outbreaks is that the larger ones signal a breakdown of common civic provisions and sensibilities.

For example, apart from fumigating the city, the administration should ensure better sanitation, and provide clean drinking water both within homes and outside in public areas. Many, particularly the urban poor, collect water from roadside taps or the trucks of water-supply agencies and steps should be taken to clean these locations. Other measures to prevent mosquitoes from breeding are better sewage treatment and proper garbage disposal. The public needs to be made aware that homes need to be kept clean and waterproofed especially during the rainy season.

Special attention needs to be paid to hygiene in schools as well. While playing outside, students come into contact with mosquitoes, so it’s on the schools’ administrators to create awareness before anyone becomes too susceptible.

Dr. Vinod Paul, Professor and Head of the Department of Pediatrics at the All India Institute of Medical Sciences (AIIMS), says that since students are very vulnerable, special attention is needed for their protection to ensure they stay safe. Wearing full-sleeved clothing and using mosquito repellents, especially during the day when mosquitoes tend to bite, is an important measure in preventing infections in children.

According to Dr. Lalit Dar, a professor in the department of microbiology at AIIMS, it is imperative that the government create awareness in the public about what steps should be taken during the period when dengue is expected to emerge. Apart from preventing mosquitoes from breeding, early diagnosis of symptoms is critical to prevent fatalities. Intake of fluids is also mandatory for those who are infected to prevent dehydration.

The Health Ministry, which has devised several strategies to tackle the ongoing outbreak, also wants these basic measures implemented. To help track the case-load better, it has instructed the Delhi government’s health department and the Municipal Corporation of Delhi (MCD) to report cases on a daily basis and not weekly as is currently the case so that the extent of the problem can be addressed on time – dengue’s effects often intensify in less than a week, after all. However, according to an official, not all hospitals report cases routinely and so the numbers are often misleading. As of September 22, only 20 hospitals out of 33 have been regularly reporting.

As it happens, AIIMS does not come under the MCD bracket. Between June and September this year, the institution reported 1,527 cases. Of these, 600 were found to be seropositive and so far four deaths have been reported.

According to Dr. Dar, a majority of the dengue cases were found to be due to the Type 2 virus, which is the predominant variant of the virus in India. Type 2 is life-threatening because it causes a hemorrhagic fever that results in heavy blood loss, drop in platelet counts and at times induces a fatal shock syndrome. Oddly enough, this year, the Type 4 virus serotype was also detected in AIIMS but since it is less virulent, the Type 2 retains precedence.

While the Delhi government has stated that there is no risk of the outbreak turning into an epidemic, and that this time the sickness is milder than last year, the people aren’t sure because of the poor response not only in managing the outbreak but also in regulating the hospitals.

Public anger has already been fuelled by the unfortunate death of seven-year-old Avinash Raut due to hospital indifference and the government’s feet-dragging. While the cause of death has been investigated and show-cause notices sent to hospitals that Avinash’s parents approached hoping to get their child treated only to be turned away, it’s obviously too little and too late. Avinash and his family needed support and treatment when he was brought to the hospital for treatment, not anytime after, which ethically is the responsibility of all hospitals.

Similarly, a few days later, six-year-old Aman Sharma passed away because he didn’t receive treatment on time. Despite approaching three hospitals, he was not admitted because the hospitals claimed they did not have beds, blood banks or medicines. By that measure, there are hundreds of people around Delhi whose lives are at risk. Notwithstanding a complete administrative failure, such practices by hospitals are examples of medical negligence and a breach of medical ethics.

The worst time to fleece

Since the episode, M.C. Mishra, Director of AIIMS, has advised both public and private healthcare providers against such deleterious practices and asked them to stabilise patients before recommending them to other facilities – something he said AIIMS was doing despite an enormous case-load and a very real shortage of beds at times.

But exacerbating the difficulties are also reports that many people are not able to admit their ailing family members due to financial pressures. In many private hospitals, it is mandatory to pay a fee in advance without which nothing will be done. Fourteen-year-old Shalini (name changed) could not be admitted till her parents paid Rs.2 lakh as advance in a well-known private hospital. When they tried other top hospitals, the response was the same. Finally and unable to raise such a large sum of money, they approached a government hospital, where Shalini was finally admitted. However, she’s in a critical condition now because of the delayed treatment.

In private hospital in South Delhi, another patient was denied admission claiming the hospital had no beds. Despite the fact that she was very ill and her platelet count had dropped, she was admitted only after the advance payment of Rs.20,000 was made. Many say the cost of beds is different for different rooms. Kritika (name changed) was placed in a room with four beds for which she had to pay Rs.10,000 per day. She remained in the hospital for four days.

The Health Ministry and the Delhi government both say that action will be taken against hospitals that don’t admit patients. Though every step is being taken now to provide care and treatment to all patients who’ve tested positive for dengue, it’s already too late for many families. The consensus is that these decisions should’ve been taken months ago.

Legally, hospitals can’t demand any advance payments, and if the patient is already critical, such demands will only end up taking a life. Strict action must also be taken against offending hospitals: fleecing people during a dengue outbreak is mercenarial. The government must ensure impoverished people can access good healthcare without being discriminated against.

From the lessons learnt during this year and previous years’ outbreaks and their management, one hopes that public-health strategies will be implemented appropriately in the future so that the dengue outbreak can be contained and all affected people get the treatment and care they deserve. Simultaneously, hospitals should be empowered to act ethically so every patient is treated on time. Only then can lives be saved and dengue outbreaks of the future be contained.