On Sunday, it made a heavy deployment of security personnel at the site as a "precautionary measure", officials said. 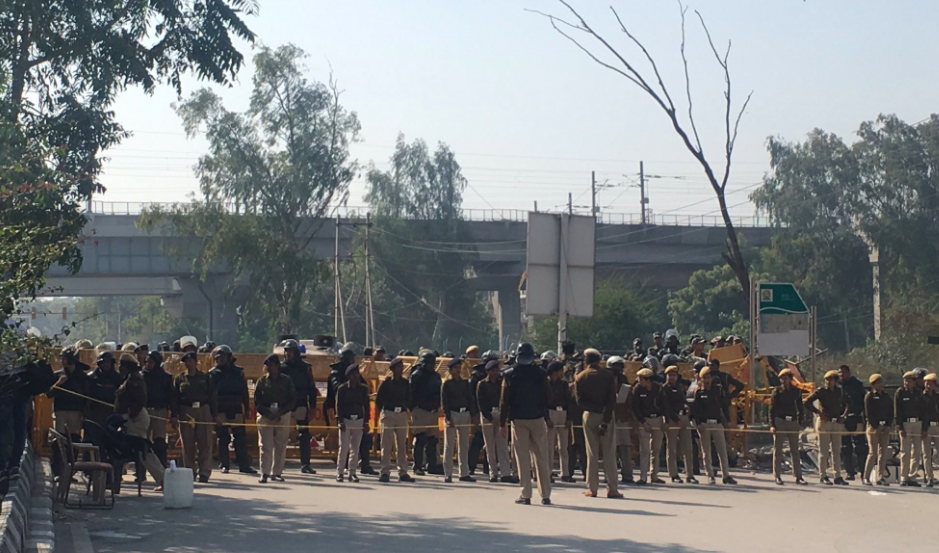 Members of the security forces near the Shaheen Bagh protest site on February 16. Photo: Twitter/@Shaheenbaghoff1

On Sunday, it made a heavy deployment of security personnel at the site as a “precautionary measure”, officials said.

The police deployment has come after the right-wing group, Hindu Sena, gave a call to clear the Shaheen Bagh road on March 1. However on Saturday, with the reported intervention of police, they called off their proposed protest against the anti-CAA agitation.

It is not clear if the Section 144 imposition has been as a result of the Hindu Sena call or in response to the north east Delhi riots.

“The proposed protest call was cancelled with timely intervention. But as a precautionary measure, we have made heavy police deployment here,” Deputy Commissioner of Police (Southeast) R.P. Meena said.

In a statement which News18.com quoted, the Hindu Sena said that police pressured them to call off their protest on Sunday. It also claimed that their national president Vishnu Gupta was “illegally detained”.

Twelve companies, including two of female forces, have been deployed in Shaheen Bagh, 100 men each from four police districts have also been deployed along with the local police, the official said.

The Hindu Sena said in a statement police pressured them to call off their protest on Sunday against the Shaheen Bagh agitation.

Shaheen Bagh, near Jamia Millia Islamia, has been a protest venue for a section of people opposed to the Citizenship Amendment Act and the National Register of Citizens since December 15 last year.