The unprecedented protests were triggered by two attacks on police officers, one on Monday and another on Saturday. 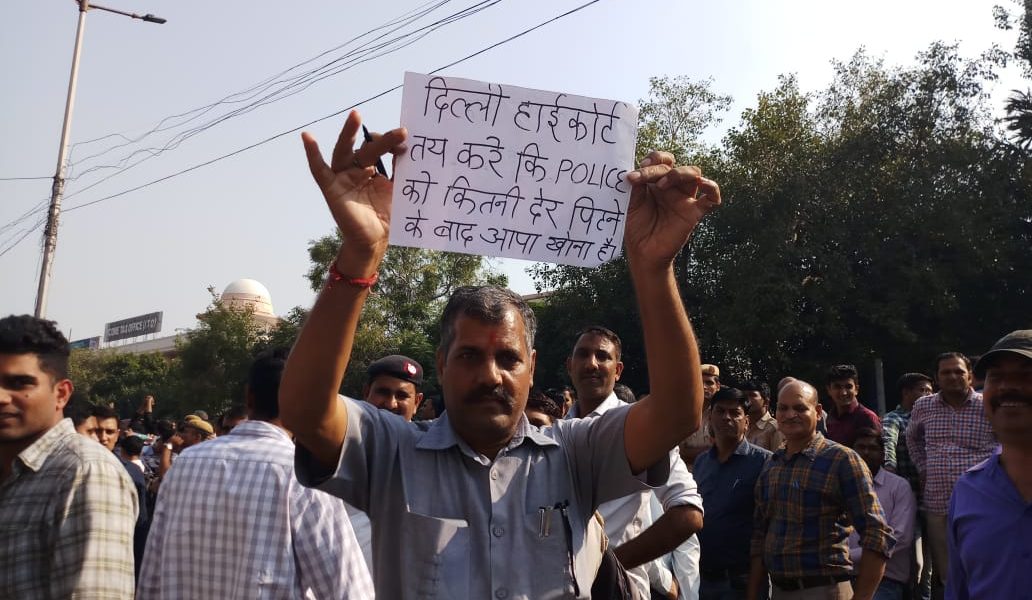 New Delhi: Delhi police personnel ended their nearly 11-hour-long protest after assurance by senior officers that their grievances would be addressed.

Addressing the protesters, special commissioner of police (crime) Satish Golcha urged them to end the stir and resume duty, while assuring them that a review petition would be filed against the Delhi high court order in connection with a clash between cops and lawyers at the Tis Hazari court complex.

The Delhi police was facing a virtual revolt from its rank and file earlier on Tuesday as thousands of personnel laid siege outside the police headquarters, rejecting their chief’s pleas to go back to work.

The unprecedented protests were triggered by two attacks on their colleagues, one on Monday and another on Saturday, after a parking dispute between an on-duty policeman and a lawyer led to at least 20 security personnel and several advocates being injured.

A senior officer said an FIR had already been lodged regarding the incident that took place on Monday where a policeman, who was on his bike, beaten up by a lawyer outside the Saket court.

In an audio massage, police commissioner Amulya Patnaik said: “In the last few days, we have worked with patience and restraint. The law and order has been maintained throughout these incidents which shows our professionalism and strength.”

“We understand your pain and relate to it as well…. We are elevating the matter to higher commissions,” Patnaik said.

Thousands of police personnel gathered outside the police headquarters during the protest that started at around 9 am.

“Since we protect the law, we should abide the law everywhere (sic). The Delhi police is known for its ability to work under difficult situations,” Patnaik said. “We must maintain that behaviour…. The matter is being investigated by the special investigation team (SIT).”

“A case has already been registered in the incident that took place on Monday outside the Saket court. I request you to return to your duty. The protest has been peaceful. I assure you that we are with you and will take appropriate action,” the police commissioner added.

Earlier, the Delhi police’s protesting personnel demanded that the licences of lawyers who assaulted their colleagues be revoked and the transfer of the officers involved in the Tis Hazari clash last week be rescinded.

“We also want a police association, provide better treatment to the injured policemen, reinstate suspended police personnel. Strict action should be taken against advocates,” said one of the protesters, reading out the list of demands.