The tractor parade on Tuesday was held to highlight the demands of the farmer unions to repeal three new agricultural laws. 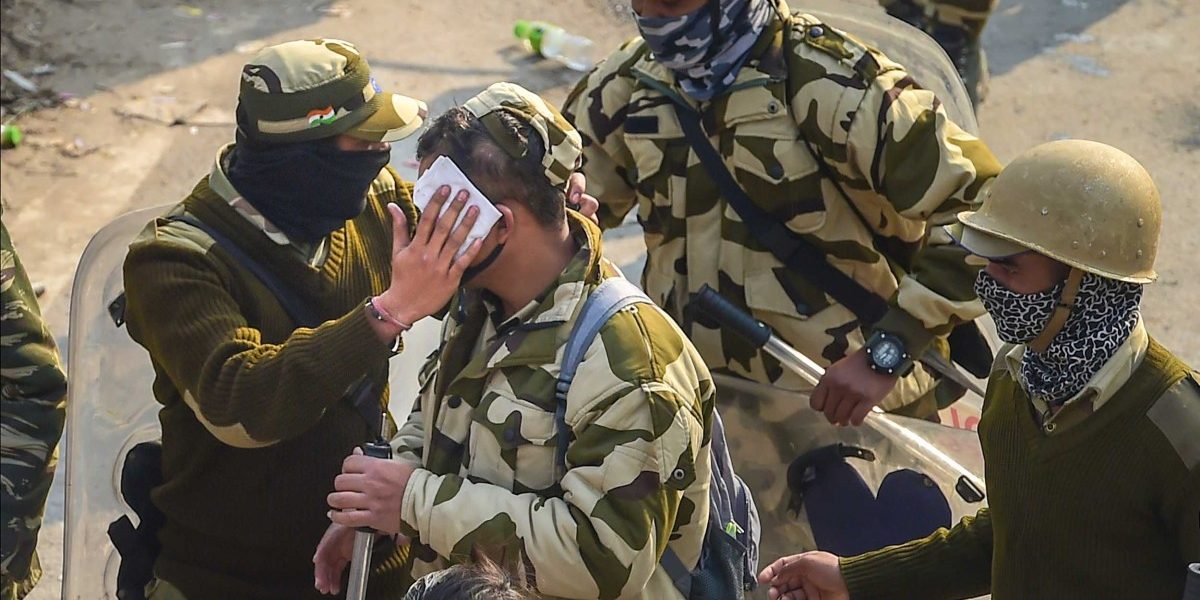 New Delhi: The Delhi Police has registered 22 FIRs so far in connection with the clashes that broke out during the farmers’ tractor parade in the national capital. As many as 200 protesters have been detained.

According to the Indian Express, 10 farmers’ union leaders are named in the FIRs, including Yogendra Yadav and Bhartiya Kisan Union spokesperson Rakesh Tikait.

The report also mentions that Delhi Police has claimed over 300 policemen were injured on Tuesday. Several farmers too were injured, as the police resorted to tear-gas shelling and lathi charge at multiple locations. One farmer lost his life near ITO after his tractor overturned. Eyewitnesses claimed his tractor had been shot at, while the police said it was an accident.

The tractor parade on Tuesday was held to highlight the demands of the farmer unions to repeal three new agricultural laws. In some areas, protesting farmers deviated from the pre-decided routes, broke police barricades and entered the Red Fort complex.

The Sayunkt Kisan Morcha (SKM), which comprises various farmers’ organisations, has said large parts of the protests were still peaceful, and denounced the property damage that occurred. The SKM called off the tractor rally in the evening on Tuesday and asked farmers to return to the borders, where they have been camping.

Note: The article has been updated with additional information since publication.