The committee is awaiting the L-G's approval, Manish Sisodia said. 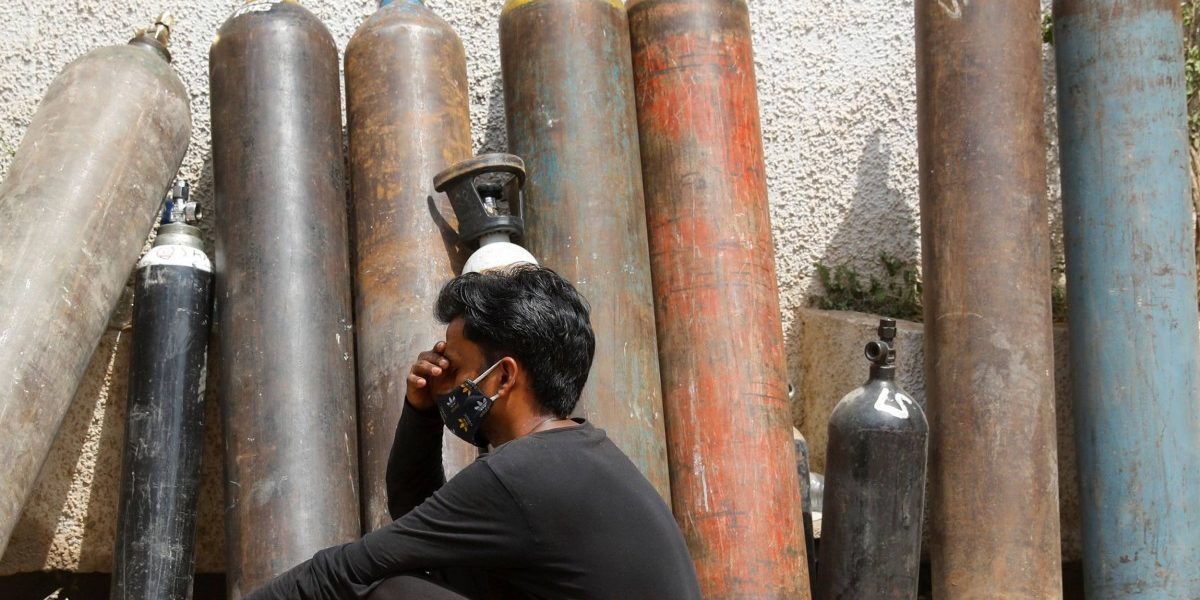 A man waits outside a factory to get his oxygen cylinder refilled, amidst the spread of the coronavirus disease (COVID-19) in New Delhi, India, April 28, 2021. Photo: Reuters/Adnan Abidi

New Delhi: The Delhi government has formed a four-member expert committee to look into the deaths due to the shortage of oxygen during the second wave of the COVID-19 pandemic and is awaiting the lieutenant governor’s approval, deputy chief minister Manish Sisodia said on Friday.

During the second wave of coronavirus, there was an oxygen crisis and there were reports that the oxygen shortage led to deaths at some hospitals, Sisodia said in an online briefing.

“We took the issue seriously and took a decision to form a four-member committee to look into the matter. It is a committee comprising medical experts. We have sent the file for the L-G’s approval,” he said.

“This committee will meet twice a week and will look into each case and decide whether the death happened due to the shortage of the life saving gas. As soon as the L-G approves the file, this committee will start functioning,” he said.

The government has also announced that it will give a compensation of Rs 5 lakh to the families of those victims who succumbed due to the shortage of oxygen.