A warning was issued to Rajesh Deo, saying his statements have the effect of "adversely impacting the elections”.

New Delhi: The Election Commission of India has issued a warning to deputy commissioner of police (crime) of Delhi Police, Rajesh Deo, and directed that he not be assigned any work related to the assembly elections in the national capital. Action was taken against the officer because Deo had on February 4 revealed to the media details of an “investigation which has political connotations”.

The officer had disclosed to the media that the man caught for firing three shots in the air at Shaheen Bagh had been identified as Kapil Gujjar nee Baisala and that data retrieved from his deleted WhatsApp account revealed pictures in which he was shown to be a member of the Aam Aadmi Party (AAP).

This had led to a war of words between the BJP and AAP, with each party accusing the other of ‘dirty politics’.

Senior AAP leader Sanjay Singh asked on whose directions the Delhi Police accused his party. “Before the police revealed it (Baisala being an AAP member), how did BJP’s Delhi president Manoj Tiwari come to know about it?” Singh asked.

The DCP had stated that Baisala and his father joined the AAP in early 2019, a claim that was denied by the family of the accused. 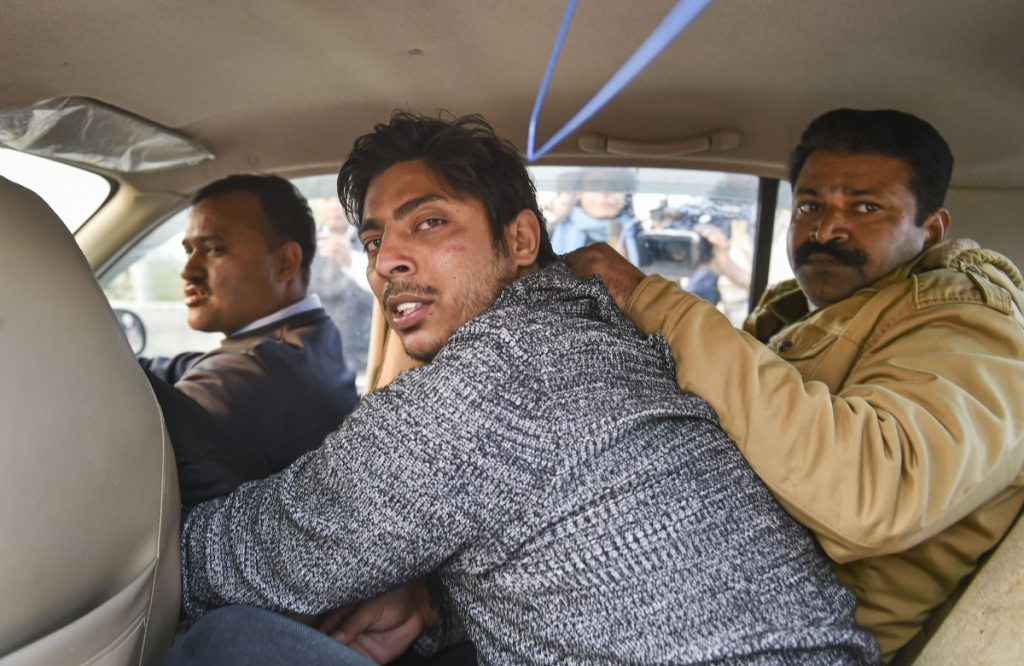 Kapil Baisala after being taken into police custody. Photo: PTI

Singh had questioned if the police officer was acting at the behest of Union home minister Amit Shah because when the model code of conduct (MCC) is in place, the police cannot make claims about investigations that may have a bearing on the polls.

The Election Commission seemed to agree with this argument. The poll panel in its order noted that “a report obtained in this connection shows that Shri Deo, referring to an investigation into an incident of firing in the protest site in Shaheen Bagh made statements to the media that the accused with his father had joined a particular political party a year ago and the conspiracy angle will be established.”

The Commission said it “considered the matter in details and is of the considered view that the above-referred statements referring to a political party at this stage even as the investigation is still going on has the effect of adversely impacting the elections.”

‘Conduct could have consequences on free and fair elections’

It added that “this action was totally uncalled for” and held that “the conduct on the party of Shri Rajesh Deo has consequences on the holding of free and fair elections.”

Therefore, the Commission directed action against the senior police officer. It said a warning shall be issued communicating the displeasure of the poll panel on his conduct and a copy of the same would be placed in his CR Dossier.

It barred Deo from being assigned any poll-related work. The order sent to the commissioner of police also directed that a compliance report be submitted by 6 pm on February 6.