A response to Partha Chatterjee. 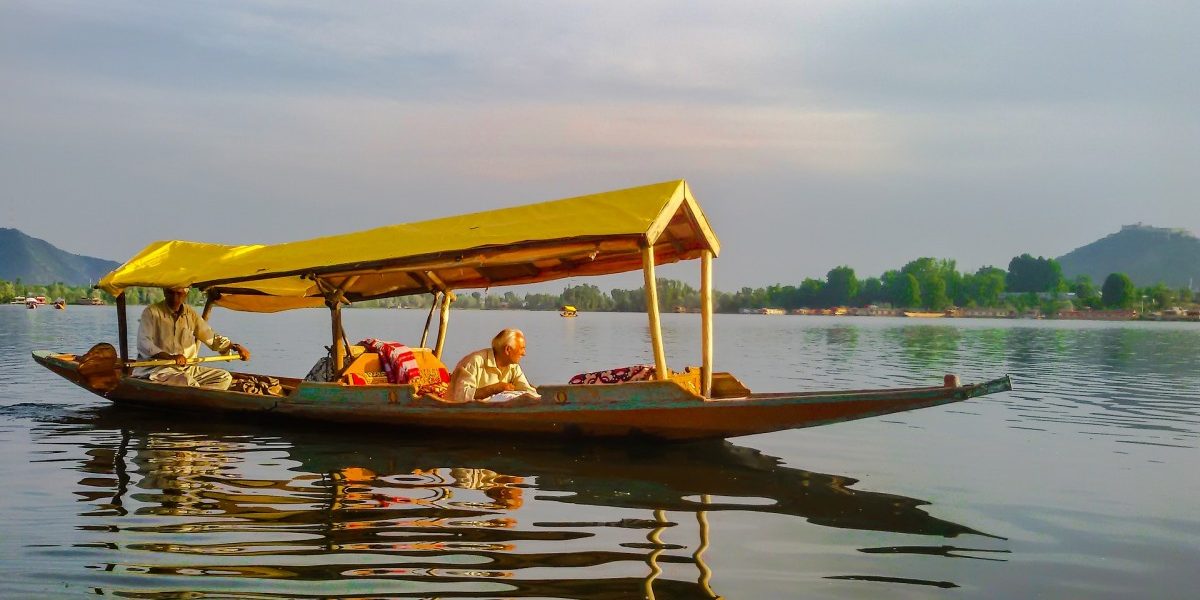 A shikara on the Dal Lake in Srinagar. Photo: Mohd Rashid/Pixabay

Professor Partha Chatterjee concludes his critique of the August 5 constitutional changes in Jammu and Kashmir in his article ‘Kashmir is a Test Bed for a New Model of Internal Colonialism’ by raising a question of fundamental significance to the future of the Indian state and people. His query goes to the heart of the Indian national enterprise, founded, as it is, on the principles that emerged during and from the freedom movement. Chatterjee’s inspiring learning and scholarship make his criticism of the direction of the Indian state as important as it is troubling.

Chatterjee asks, “Is India becoming the laboratory of developing the constitutional rules of internal colonialism”? Clearly, this is a rhetorical question for he has earlier declared that the “thrust” of “majoritarian” and “colonialising nationalism” will not stop at Kashmir. And Chatterjee associates majoritarianism with the “Hindu upper caste male” who speaks Hindi. He argues that only they would not have to “prove” their “Indianness”. Thus, he has raised the spectre of Hindi-speaking Hindu upper class males crushing minority identities of “language, religion caste and gender” under the steam roller of “a homogeneous nationhood”.

It is noteworthy that Chatterjee does not indicate his conception of Indianness while implying that Hindu upper class males who speak Hindi consider themselves ipso facto imbued with “Indianness”. The question is: is there really a collective such as Hindu upper class males speaking Hindi? Do only native Hindi speakers come within its purview or does it extend to all those who are able to converse in Hindi, irrespective of their ideology? Would those whose native tongue is Hindi but prefer to undertake intellectual activity in the English language be outside the ambit of his formulation?

These questions are not in the nature of quibbles, for Chatterjee seems to be introducing and defining a new collective and indicating that its impulse is majoritarian. If my apprehension is incorrect, then a clarification and perhaps a sharper formulation would be helpful. Perhaps disassociating ideology from caste and language may also be necessary, especially in the present times.

Chatterjee seems to indicate that a desire to constitute a state on the basis of political uniformity, specifically, without autonomous units, is a sign of internal colonialism. This would imply that states where the central authority does not shed large measures of sovereign power to constituting political units risk becoming internally colonial. This would apply presumably even more to large multi-lingual and multi-ethnic states. If Chatterjee believes so then the Indian state, as it is constituted, is inherently colonial and the recent step in Jammu and Kashmir has only exacerbated its colonialism. A clear statement would be helpful to understand his position on this basic question.

Chatterjee’s view of the nature of the Indian state colours his account of Sikkim’s merger with the Union. To him, the merger was annexation by Indian forces during the Emergency. The process of the merger could be debated, but it did have the consent of an overwhelmingly large section of Sikkim’s population. Also, a minor error has crept into the timeline: the merger was not during the Emergency but prior to it. It is also true that most people have forgotten that initially Sikkim was included as an “associate state” of the Union, but the people were consulted prior to its merger in the Union.

The association of princely states in either a dominion or independent India began to be considered from the 1920s. It went through great discussion on its nature and form but it is doubtful if any leader of the Congress, certainly not Jawaharlal Nehru, thought in terms of an India whose central authority did not embrace progressive reform for all its constituent units. Was that not the reason for Nehru’s inhibitions on the Cabinet Mission plan?

Nehru’s acceptance of J&K as an autonomous unit in the Union represented a compromise and compromises are, even at the best of times, unstable. If they do not proceed as all sides want, should the charge of colonialism be levelled against one of the parties to that compromise? This is especially because economic exploitation is an inherent element of colonialism and it is no one’s case that the Indian state has been guilty of draining J&K’s wealth.

Chatterjee has drawn attention to the provisions of Article 371 of the constitution to argue that the Indian system does allow special provisions for some states. That is entirely true, but the autonomy provided for J&K under Article 370 stood on an entirely different footing.

The fact is that there was a body of political opinion opposed to the autonomy as provided for J&K from the very time it was done. It would seem that parties of this persuasion were opposed to an autonomous unit within the Union even if it was done on account of a compromise. As for a plebiscite, it is noteworthy that no country, except for Pakistan and perhaps China, wants the UN involved through the invocation of UNSC resolutions that have been overtaken by history.

No country is conflating J&K with international de-colonisation. That is one reason why Chatterjee’s entire narrative that the Indian state and people have had a colonial attitude to J&K is so difficult to accept. The neutral language adopted by Chatterjee in indicating the security challenges faced by India on account of Pakistani aggression in J&K since October 1947 and over the past three decades because of a relentless pursuit of terrorism is sad. Would it not have been appropriate to dwell on these aspects, instead of merely dismissing them under the formulation of J&K being the “main bone of contention” between India and Pakistan? Besides, it is not clear if this is true, for Pakistan believes it is locked in perpetual enmity with India.

Chatterjee has succinctly summed up the issues that the Supreme Court would have to consider on the procedure adopted by the government in making the constitutional changes and some of its substantial features. However, to dub the decision of constituting union territories as an exercise in colonialism is to miss the fundamental point that these units are a part of the union and those who live in them have equal rights of citizenship as provided in the constitution. This has not changed in J&K.

The author should have no misgivings about the essential democratic ethos of the Indian republic. Also, a little faith in essential democratic direction, amidst the practice of contentious ideologies, of India’s unique national enterprise is warranted. Indeed, has such an enterprise ever been attempted in history and with such success in so brief a period?