Recounting the Nepali Congress’s attempt to overthrow the Rana government. 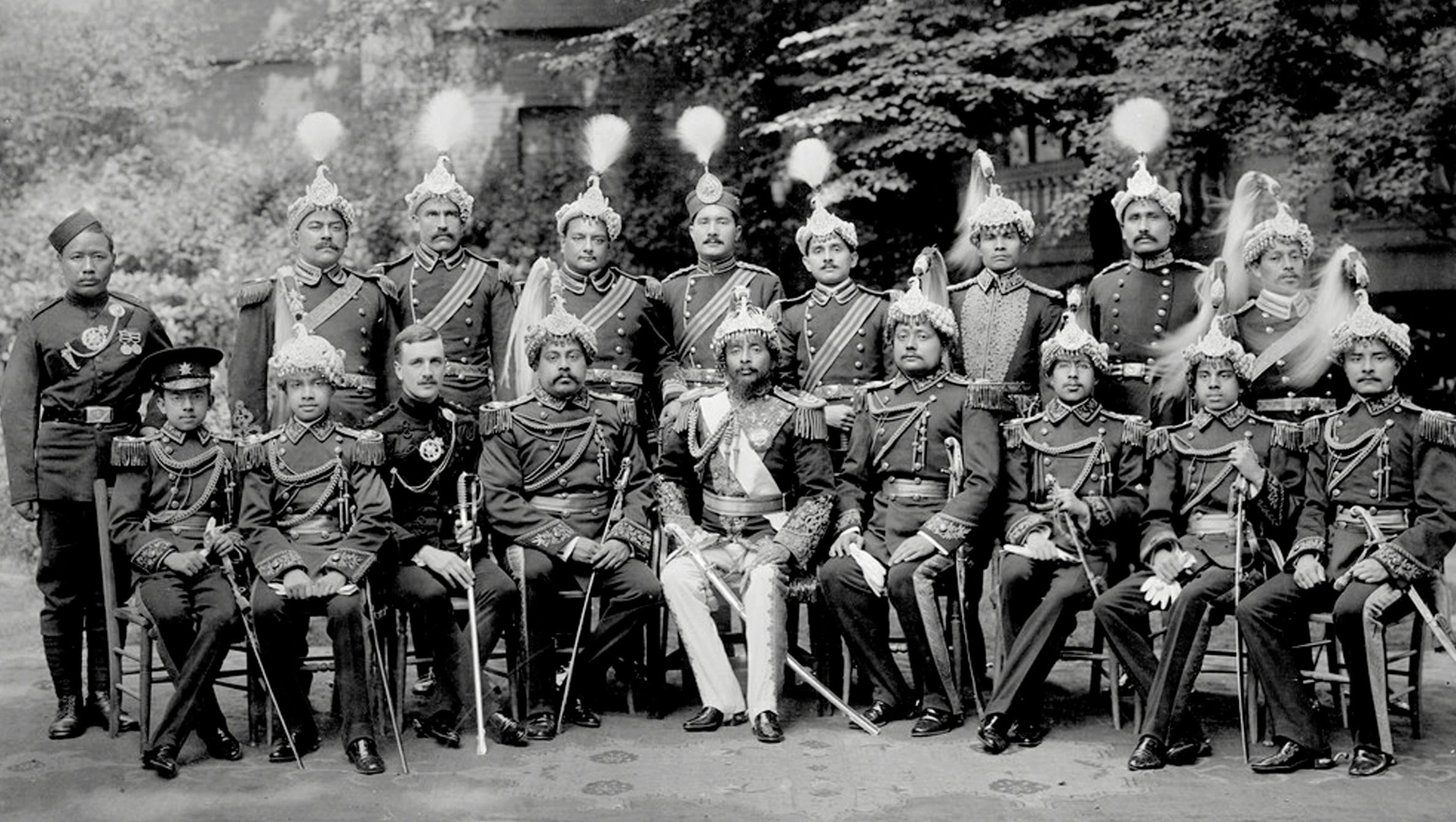 The telegram to Rangoon was strangely worded: ‘Reference yours 18th stop purchase six ivory statues and six ivory tusks more stop Willing pay price as quoted stop Sending brother as soon as passport arranged stop Await wire.’ To anybody else, it would have made little sense, but for Bhola Chatterji, the Indian socialist, the instructions were clear. He was to purchase six bren guns – the ‘ivory statues’ – and six machine guns – the ‘tusks’ – from Burmese socialists. From Rangoon, the guns – along with a previous assortment of arms – were to be flown on an aircraft – the ‘brother’ in the telegram – to India, where B.P. Koirala, Subarna Shamsher and the rest of the Nepali Congress revolutionaries would be waiting for the arms to arrive.

The year 1950 was coming to an end. An armed revolution had been declared by the Nepali Congress to overthrow the Rana government, but the Nepalis had no arms. The official Indian position under Jawaharlal Nehru was to discourage any armed insurrection, hoping for a peaceful transition of power from the Ranas to the monarch King Tribhuvan. But the Nepali Congress was convinced Mohan Shamsher, the Rana prime minister, wouldn’t give up power so easily.

Three years after Indian independence, the anti-colonial movement of the subcontinent had transformed itself into subsidiary revolutionary movements against feudal autocracies. Mohan may have been old, but he was determined to see out the radical change of power and sovereignty that had affected the rest of the subcontinent with the withdrawal of the British. Koirala – the chief ideologue of the Nepali revolutionary movement – had joined hands with Subarna – a ‘C-class’ Rana whose discontent at the high-handedness of his ‘A-class’ cousins had forced him to shift base to Calcutta, from where he funded the movement – to form the Nepali Congress in April 1950.

The 1950 movement – known as the saat saal ko kranti in Nepali, referring to the Bikram Sambat year 2007 – was the first organised opposition to Rana rule in Nepal. It was born out of a combination of factors: the exile of political dissidents like Koirala’s father, Krishna Prasad, to India, which exposed them to the Indian freedom movement; ex-Gurkha soldiers and political exiles who began to demand civil rights through their writings and associations in India; a group of discontented and wealthy Ranas who had been removed from the rolls of power; a Kathmandu population slowly being exposed to the tyranny of Rana rule in a closed-off society; and an international movement based on opposition to autocracy and colonialism. All these elements had come together under the umbrella of the Nepali Congress. Yet, because the Ranas still held King Tribhuvan in Kathmandu, and because Nepal had been closed off to external elements since its beginnings as a modern state, it was difficult to mount a revolution – armed or peaceful – from within. Those who had tried had either been imprisoned, or exiled – with a select few hanged for their part. Nehru continued to insist on a peaceful transition, especially in view of the Communist takeover of China, and the eventual invasion of Tibet. He was against any violence conducted via India’s territory that would destabilise an already sensitive region. Even as late as November 18, 1950, after King Tribhuvan had been whisked away to Delhi and Nepali Congress military action had begun, Nehru’s note to the Secretary General at the Ministry of External Affairs said: ‘In seeking a solution [to the Nepal situation], we need not think of eliminating the Rana regime completely. There may be a middle course with the King [Tribhuvan], some members of the Ranas associated in the government, and some popular elements.’ 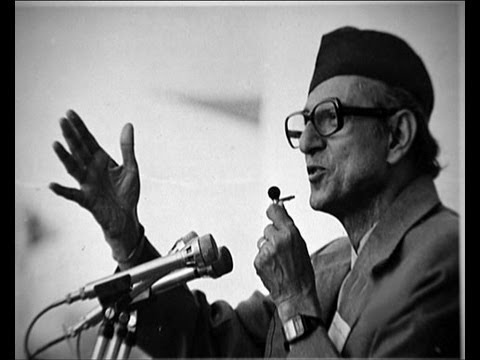 Koirala, however, was convinced an armed insurrection was a necessity. The Ranas’ grip on Nepal was complete; he had tried reasoning with Mohan, but had instead been imprisoned; the king was ‘out of our reach, with India preventing access to him’; and the Nepali population wasn’t yet politically motivated to conduct a nationwide non-violent movement as the Gandhians within the party wanted. In September 1950, the party formally declared its decision to start an armed insurrection. Koirala, meanwhile, had already opened talks with the Burmese government through Indian socialists J.P. Narayan and Ram Manohar Lohia, and Chatterji was the go-between:

“Jayaprakash [Narayan] wrote a brief letter to U Ba Swe, chairman of the Burma Socialist Party and Defence Minister, introducing me and saying that’ the nature of the mission would be explained on the spot. Lohia’s letter was addressed to U Win, Religious Affairs Minister…accompanied by Thirbhom Malla (a Nepali revolutionary who’d later be killed in the assault on Birgunj town), I arrived in Rangoon on 10 August, 1950.”

In Burma, Chatterji met several officials from the Burmese Socialist Party, but it would be an anxious week before he would receive a positive answer: “The request for arms would be met… But it was not possible for them to arrange for the transport of arms to Nepal,” something the Nepalis would have to arrange by themselves.

Thus began a daredevil mission carried out by a bunch of ragtag revolutionaries.

A delay from the Burmese side meant they could not confirm the delivery of weapons until October, but upon receiving the missive, Chatterji immediately left for Rangoon. “The Socialist Party of Burma had finalized all arrangements for the delivery of a substantial consignment of sten guns, a few bren guns and the requisite quantity of ammunition.” The Nepalis wanted more, hence the telegram quoted at the beginning. It wasn’t until October 31 that the Burmese confirmed a delivery date: November 3, 1950. Chatterji writes, “Immediately I despatched two telegrams to Mahabir Shumsher and Subarna Shumsher respectively, informing them of the arrangements at the Rangoon end. Without the least delay came their joint reply which said: “Recd both telegrams. Brother reaching Rangoon definitely 3 Friday as instructed.”’

Mahabir Shamsher was another Rana who had been struck off the roll of succession, and had shifted base to Calcutta, where he ran an air service called Himalaya Aviation, whose chartered Douglas DC-3 was to be used in the arms transport. Koirala writes, “The plane was flown by a Czechoslovak pilot named Bujocowsky…the problem was where to have [the weapons] dropped.”

Meanwhile, in Rangoon, Chatterji was escorted to the airport, where the Dakota had landed: “The army officer, a young colonel attached to the army headquarters, arrived with the cargo just on time. He drove the army truck straight down the tarmac and parked it alongside the plane. The engines of the plane had been kept running and as soon as the sealed boxes containing the arms were loaded in it, it took off.”

The Dakota flew over Calcutta towards Patna, until it landed on an unused Second World War airfield in Bihta, about 30 km west of Patna. Subarna and Koirala “went to the Bihta aerodrome with a truck and one smaller vehicle… the Nepali chowkidars came over to see what was up. Subarnaji and I spoke to them in Nepali and told them we had come for a picnic. We asked them to find us some goats.” 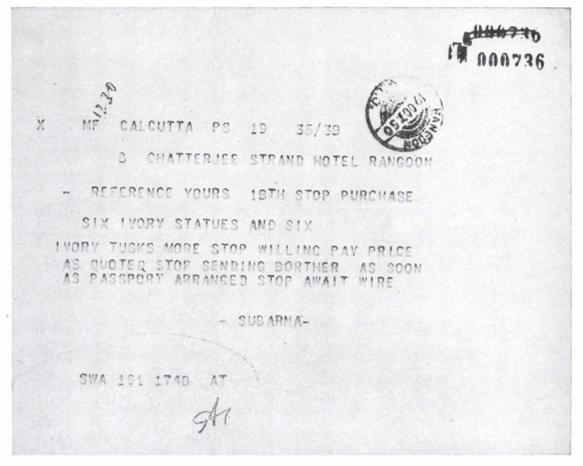 The guards left to a nearby village to buy the animals and other provisions for a ‘picnic’. As soon as they left, the plane landed, and “within ten minutes we had unloaded all the crates and placed them on the truck.” The guards ran back upon hearing an aircraft, but by the time they had come back, Koirala and others had disappeared with the arms, and the Dakota had taken to the air.

Koirala writes that the Bihar chief minister Krishna Sinha helped the revolutionaries transfer the arms to the Indo-Nepal border by instructing the inspector general of police. However, going by Nehru’s telegram to Sinha after the military action on November 10-11 on Birgunj – “No armed raids can be permitted from Indian territory,” he wrote – and Chatterji’s counter-assertion that India had given a tacit approval to Nepali Congress’s armed revolution, there seem to have been different levels of support provided to the revolutionaries.

Nonetheless, the daring smuggling of arms via Burma was an indication of how far Koirala and the Nepali Congress was willing to go to overturn the Rana rule. With King Tribhuvan’s escape, and the Delhi Consensus, it was agreed upon that power would return to the monarchy from the Ranas, and a coalition cabinet with both Rana and Congress representation would rule Nepal until elections to a Constituent Assembly could be held. Whatever the results of the revolution, a new Nepali political consciousness would emerge, and fiercely take root amid a population that had been entirely closed off to any such developments.

The Burmese arms episode was also an indication of the spirit of the times – the anti-colonial struggle that had erupted in several Asian and African countries. The socialist ideal, as Chatterji writes, that had enabled Burma to provide arms to Nepal for its own revolution may have been in the hope that Nepal would firmly join the socialist camp in the future. Unfortunately for Burma, it would face a military coup in 1962, not long after Mahendra enacted his own royal coup in Nepal in 1960, imprisoning Koirala. – who was prime minister by then – for eight more years.