Cruise Drugs Case: No Bail Yet for Aryan Khan, HC to Hear NCB’s Arguments on Thursday 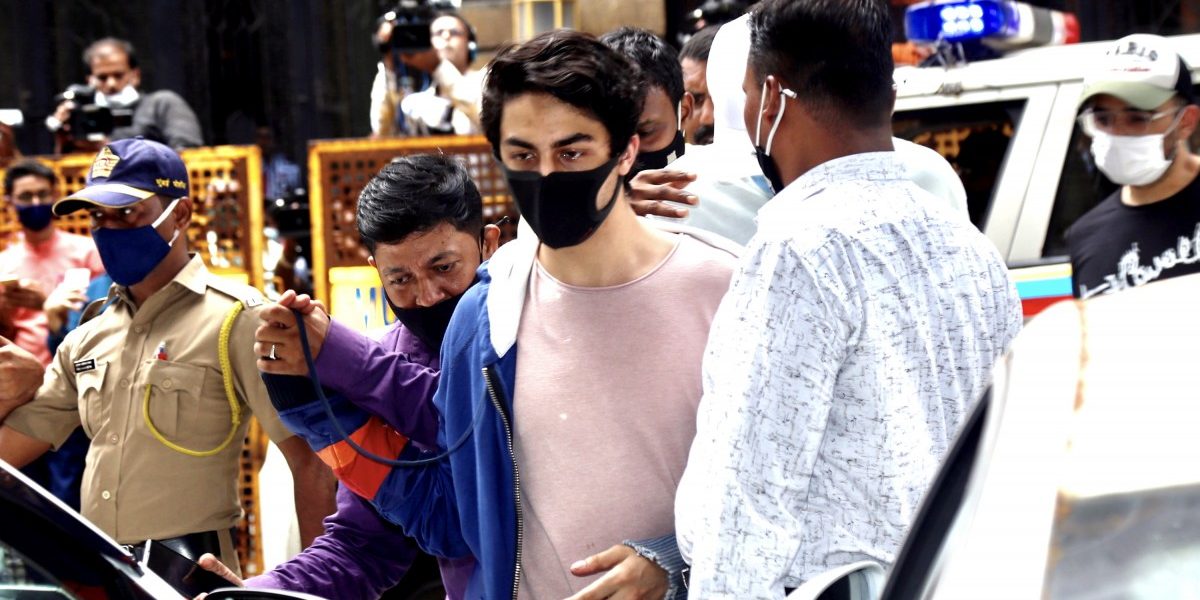 New Delhi: The Bombay high court will continue hearing the bail plea of Aryan Khan, the son of Bollywood actor Shah Rukh Khan who has been arrested in a drugs case, on Thursday, October 28, when the Narcotics Control Bureau (NCB) will present its arguments.

After the hearing which went on for over two hours, Justice N.W. Sambre said he would hear Additional Solicitor General Anil Singh, who is representing the NCB, on Thursday.

“Tomorrow we will try to finish it,” the judge said.

In Wednesday’s hearing, according to Live Law, senior counsel Amit Desai, appearing for Merchant, contended that the maximum case against him is of personal consumption of drugs, and denied the allegations of “conspiracy” for illicit trade of drugs. He contended that the three are not accused of ‘use’ as defined under the NDPS Act as per the arrest memo.

The NCB had on October 20 told a sessions court that section 29 of the NDPS Act, pertaining to “conspiracy”, was applicable in this case, therefore denying bail to Aryan Khan.

According to Indian Express, Desai further stated that the intention to consume is not applicable “as no medical test was done.” “We are arrested for an offence which is not committed,” he added.

“What is abundantly clearly is that there are no WhatsApp chats that connect conspiracy to the rave party (Mumbai cruise ship),” he said.

Senior Advocate Mukul Rohatgi, appearing for Aryan Khan, referred to the arrest memo, the Indian Express reported. Referring to the Madhu Limaye judgment of the Supreme Court, he said, “Law requires you need to give true and right ground for arrest. There has to be connection with me (Aryan) and Arbaaz. Section 50 of CrPC stipulates that persons should be informed of arrest and right of bail. Article 22 of the constitution is important to us. That article flows from Article 21 (Right to life and personal liberty).”

“Seeing the remand application was misleading, as if to make one feel that the large quantities mentioned in that were recovered from Aryan Khan… Remand application must give and true and correct facts,” he said.

Advocate Ali Kaashif Khan Deshmukh, appearing for Dhamecha, said: “I (Munmun) was invited on the cruise and was in a room along with one Somiya and Baldev when the NCB came for the alleged search. Arrest memo is made against me, but there is no material to incriminate me. I am a 28-year-old woman who came here for my future in fashion industry and I have got no connection with other accused. Just that I was present in the room where drug was found, therefore I am in the case. Somiya and Baldev were allowed to go.”

“NCB failed to prove who bought the drugs which are being foisted on me. If they can’t find where it came from, then all 1,300 people (on the cruise) should have been arrested in the case. Even if my medical test was conducted and even if it’s done in future, I am sure there wouldn’t be anything found on me. They have completely failed to show any of my nexus and connection,” he added.

Additional Solicitor General Anil Singh will respond to all three bail pleas on behalf of the NCB, as per the report.

The hearing will start at 2:30 PM on Thursday.