As COVID Poll Promises Abound, How Does the Vaccine Math Work? 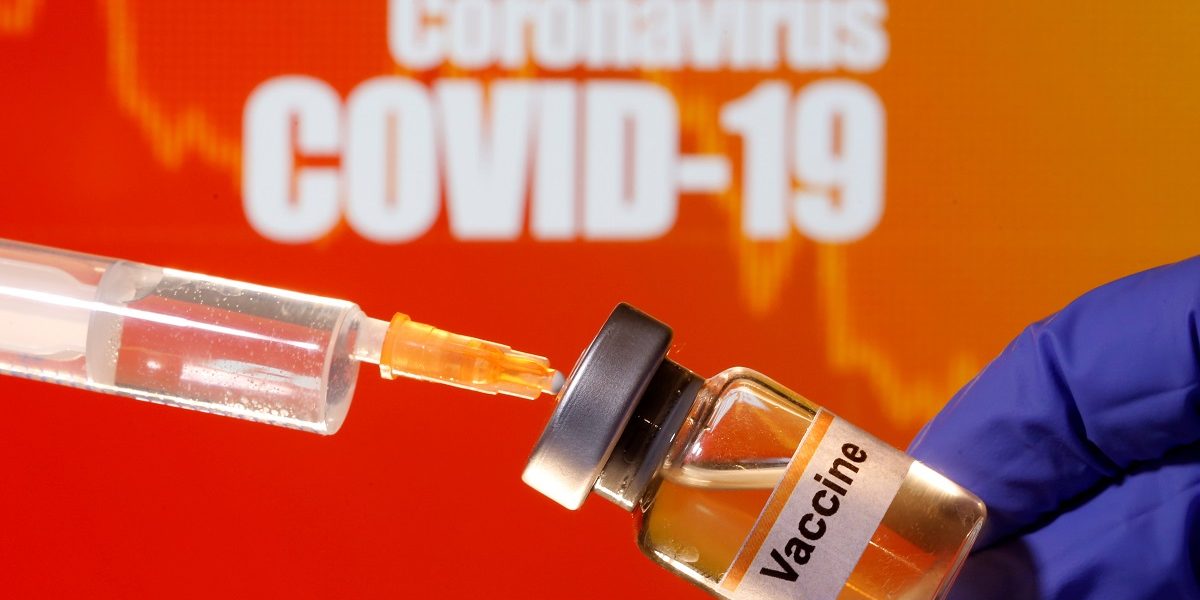 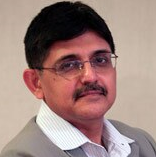 Relief from the pandemic can be a promise worth voting for. With Bihar elections around the corner, it is not surprising that political pundits like to read the statements by Prime Minister Narendra Modi and that of finance minister Nirmala Sitharaman on making sure that the COVID-19 vaccine reaches every Indian as a direct pitch to voters. One that is guided more by electoral compulsions than a result of a clearly distilled understanding of the costs involved, since some can afford to pay for it. Sitharaman’s assurances were of course to the people of Bihar in particular.

Let us leave the question of politics and motives aside to focus just on the promise that every citizen will get the vaccine and what this will entail. This also means setting aside conversations emerging in parts of rich nations and in quarters of the urban elite around the safety of an early vaccine with discussions and surveys bordering onto anti-vaccination sentiments.

Consider the math on the back of a very large envelope: Most vaccines are likely to be priced at $3 or Rs 230 per dose.

The Pune-based Serum Institute is manufacturing the AstraZeneca vaccine, which is likely to be the first off the blocks. The Institute has already publicly stated that it will make the vaccine available at $3 a dose. It is currently in Phase 3 trials and 1,100 of the 1,600 people have been administered the first dose of the vaccine and the balance is expected by the end of October. In November, the second dose (after a gap of 28 days from the first dose) will be administered. The data from the trials will be studied in December and therefore by early January 2021, the Serum Institute will submit its findings to the Drug Controller General of India (DCGI). If all goes as planned with no surprises, and the DCGI grants its approval, then the vaccine could be made available to the government immediately. This is Covishield, the vaccine it has licensed from global major AstraZeneca. 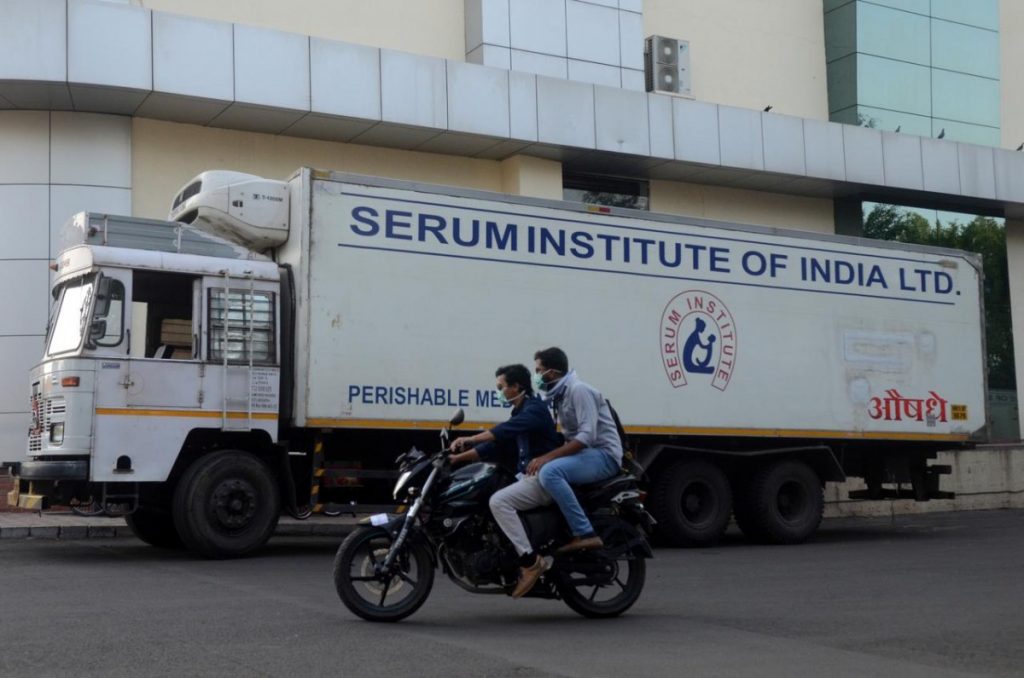 Other than this, it is also developing other vaccines and so are other Indian companies like Bharat Biotech and Biological E in Hyderabad and Zydus Cadila in Ahmedabad.

“This is more than the entire annual health expenditure of Rs 65,000 crore of the Central government. Of this, after excluding the grants to states, the net expenditure is around Rs 36,000 crore for 2019-20,” says Ravi Duggal, an independent researcher, who has been over the years studying public policy, budgets and governance in India.

And, this is just the cost of procuring the vaccine. To this, we need to add the cost of syringes, needles, transportation, cold chain, monitoring, implementation and manpower costs. The cost of vaccines alone for a state of Bihar, with its 10 crore population, would be at least Rs 5,000 crore, which is little more than half of its total annual healthcare spending.

Who will bear this cost and the additional costs that will go into getting every Indian a vaccine? One argument is that GAVI, the global public-private partnership vaccine alliance will subsidise the cost for its member countries.

Ninety-two low and middle-income countries and economies approved by GAVI’s board will be able to access the vaccines through COVAX AMC (Advance Market Commitment), which will also cover at least part of the cost. In this, India qualifies as a lower-middle income country along with Bangladesh, Pakistan and others.

While there could be some support coming from GAVI, there is a view that it may still make sense to not make the vaccine available free of charge to those who can afford to pay for it. In fact, Kris Gopalakrishnan, the co-founder of Infosys who is known for his philanthropic interests, suggests some ways in which it could all be made to work. He feels the COVID-19 vaccine administration should ideally not be free for all because somebody has to underwrite the expenses.

Instead, he feels “those who can afford could be made to pay double the cost and thereby help cross-subsidise the vaccine cost for those that cannot afford.” Also, since India is positioning itself as a global hub for the manufacture of this vaccine, he sees a case where the government could let vaccine export earnings also contribute towards subsidising the cost to vaccinate the poor.

Keshav Desiraju, the former Union health secretary and someone who has been closely following healthcare issues in India, adds another dimension that may need closer examination: “prioritisation has to be on the basis of risk and not on the basis of income.”

Also, he feels it may be worth exploring if, like in the case with some basic immunisation vaccines, the COVID-19 vaccine could also be made available in the market or under what legal provision the government would want to requisition the entire available stock of vaccines in the country. 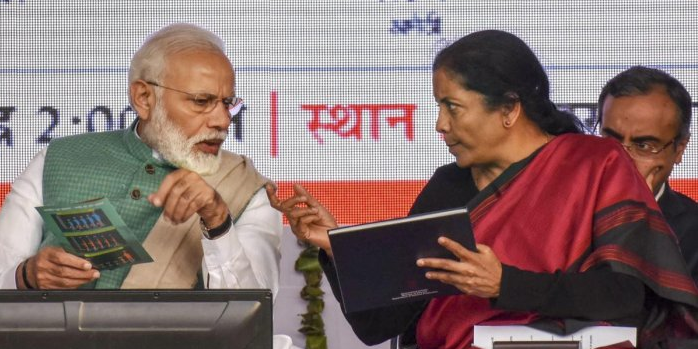 Vaccine not for all

The current clinical trials are being conducted for the age groups of 18 years and above and therefore the vaccine, going by the trials and the data generated, is not for younger citizens. So, excluding this population, and even taking only 50% of the population into consideration, the cost works out to nearly Rs 40,000 crore or just as much as the Central government’s entire annual net healthcare spending. And this is just of the vaccines alone. Some vaccines need to be stored in temperatures of -20 degrees Celsius, though apparently, the AstraZeneca vaccine that is being made by the Serum Institute requires about 2-8 degrees Celsius, which is in the range for the child immunisation vaccine.

This also raises the question about protecting the children and putting up safeguards to ensure that they do not become spreaders of the disease, as some studies have already shown.

Ravi Duggal, who has also studied state healthcare budgets closely over the years, adds an element of caution: “While the government will have to come up with ways in which it can meet the challenge of funding such a programme, given the huge costs involved but what also cannot be lost sight of is the fact that this should not be at the cost of other healthcare programmes, particularly those for child immunisation and tuberculosis, which have already taken a hit.”

Dr V.K. Paul, a veteran healthcare expert who chairs the National Expert Group on Vaccine Administration for COVID-19, says that the matter is still a work in progress. He should know, for the expert group that he chairs is entrusted with this very task of examining the various options and recommending to the government on who is to get the vaccine, when, how and at what cost.

“It is all work in progress and today there are still too many uncertainties in terms of which vaccine will work, how many doses will be available. Therefore, at the moment, we can only define principles as in the vaccine should first cover the most vulnerable people and reduce mortality.”

He, however, clarified that the committee will advise the government on all the issues, including the funding for the vaccine.

But ask him about the huge expenses involved – more than the current total annual spend of the Central government on health, and he does not seem to see it as an impediment. “What is good for India will have to be done.”

In closing, with what seems like the confidence of a man backed by the prime minister, he refers to Narendra Modi’s assurances on making the vaccine available to all and asks, “Where then is the problem?”