Resurgence of COVID-19 in India: A Tale of Six Unlearnt Lessons

The coronavirus situation has abruptly and rapidly changed since mid-February. We should have used the lucky reprieve we were given in September 2020 to prepare for the worst, but complacency set in. A healthcare worker wearing a protective face mask collects a swab sample from a man, amidst the spread of the coronavirus disease (COVID-19), in New Delhi, India, April 6, 2021. Photo: Reuters/Anushree Fadnavis

With more than one lakh new coronavirus infections a day, India occupied the number one spot in the world earlier this week. The number is higher than the previous peak reached in mid-September 2020. The relief in the country due to the declining number of cases since September 2020 has given way to deepening concern at the current rapid rise.

Partial lockdowns are being reluctantly imposed again and if the situation worsens, full lockdown cannot be ruled out.

Experts are groping for answers as to why the cases fell drastically after mid-September 2020 and why they have rapidly gone up now since mid-February, in spite of the ongoing vaccination drive. What are the lessons for policy makers?

Two things are now clear. First, we do not understand enough about this virus and second that we cannot let our guard down as yet, even if the number of infections decline and vaccination proceeds apace. Many European nations have had to implement lockdowns in spite of vaccination proceeding apace. The situation in Brazil has turned dire with the number of cases and deaths rising to record levels. UK and US have been vaccinating their citizens rapidly and are now relaxing the restrictions imposed earlier, in phases. Employment in the US has witnessed a rebound.

The Indian economy has seen a slow and steady revival after unlocking measures were implemented from June 2020 onward. A rebound occurred after September 2020 with the start of the festive season which luckily coincided with the decline in the number of infections. Now that the number of cases are surging and restrictions are being imposed on activity, the fear is that economic recovery will slow down or even reverse? Nothing can be said with certainty since not enough is known about the virus and the course of the disease in coming months. Models suggest that our medical systems may get overwhelmed in some areas and consequently the number of deaths may rise. If that happens, lockdowns may become more intense, even if locally and not nationally. That would impact both demand and supply and slow down the economy.

Also read: Chart: Indians More Willing to Get Vaccinated for COVID-19 Now Than Before

The current wave of the disease is different from the earlier one in that a) it is impacting more younger people, b) more of the better-off sections and c) more cases are being reported from smaller towns which do not have a robust medical infrastructure.

Since younger people are less prone to severe disease, the number of deaths will be less. Further, the disease is much better understood now and protocols have been established, lowering death rates in all countries. But this can change as the disease spreads to the smaller towns and villages in India and the deaths there spike due to weaker health infrastructure. However, it is possible that many of these deaths may not get reported so that the reported numbers may not rise dramatically.

Luck has favoured India since mid-September 2020 since cases declined in spite of three big adverse circumstances. First, the start of the festive season and people moving around and mixing freely. Second, the intensification of the farmers’ protests where there was minimal physical distancing or use of masks. Lastly, the Bihar elections which led to the throwing to the winds all precautions. So, either India had done something right or luck was favouring us.

India was plain lucky that the cases came down in spite of all the adverse events. India’s case load did not rise during the peak cold season of December and January, as has been the case in many other countries. Like in 2020, cases in India are rising when the cold season is over. None of the other factors – a younger population, BCG vaccination taken by most, higher immunity due to living in more unhygienic conditions, elections, protests, etc. – have changed between September 2020 and February 2021. 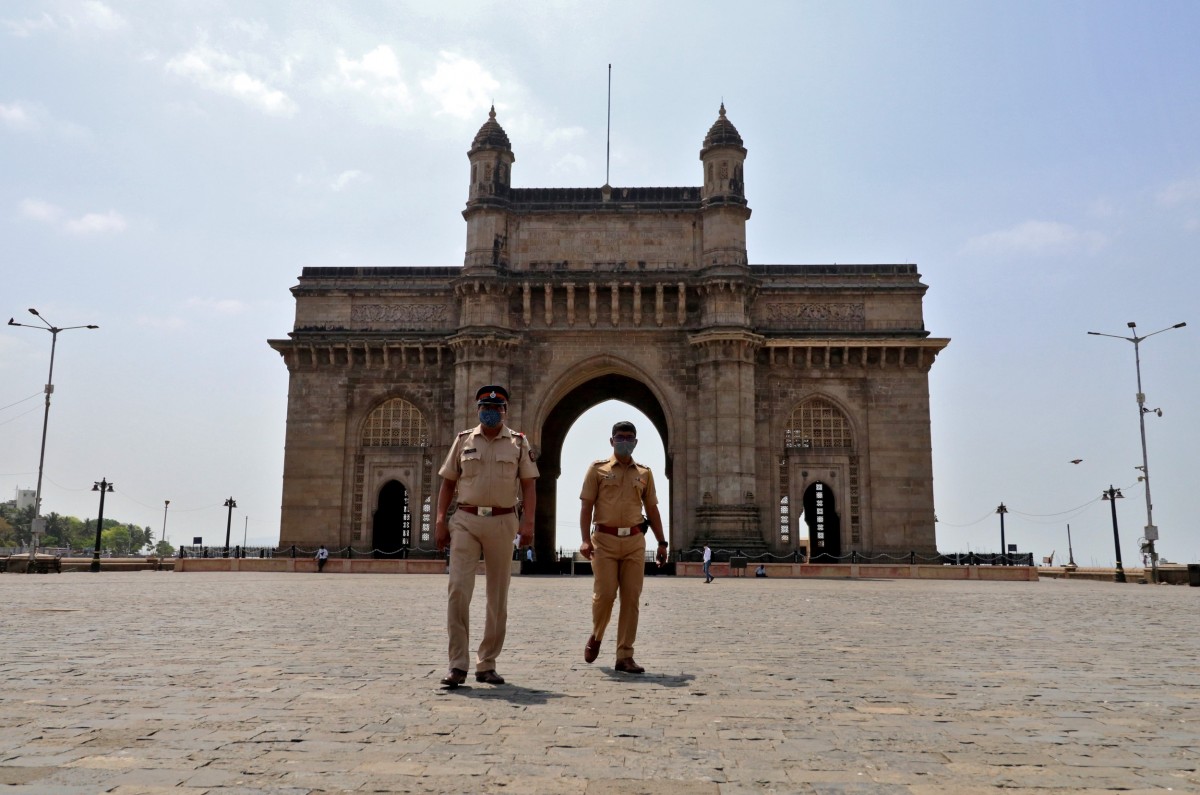 The only difference is the mutating virus; and humankind has no control over that. Many new variants have evolved and will keep evolving. The more virulent S. African, Brazilian and the Kent variety from the UK are a threat since these have also spread in India but we do not know how much because we do little genome testing of the virus. Even the UK which does the maximum amount of genome testing discovered the Kent variety a couple of months after it started circulating in September 2020.

Scientists have recently flagged the emergence of a double mutant strain in India. But it is not known how much has it spread or whether it is the UK variant that is proliferating rapidly in the country? So, the first lesson is India needed to step up genome testing rapidly but since the disease was in decline it fooled us into complacency. We also needed to not only continue testing and tracing but increase our capacity for it. So, the second lesson is that we relaxed when we should not have. After all, even at the lowest point in mid-February there were around 10,000 new cases a day.

Past experience has been that there is invariably a second wave of the virus which has been more virulent. It should have cautioned us to not lower our guard and to continue to build our health infrastructure and research capability. We are also likely to face shortage of medical personnel as the disease spreads further. In addition to normal health requirements, we need manpower for vaccinating, testing, tracing and hospitalisation all at once. These requirements should have been anticipated and that is the third lesson.

Due to the lowering of guard, many people believe that there is nothing like COVID and it is only a conspiracy by vested interests. This feeling is reinforced if leaders address mass election rallies all over the country and the Maha Kumbh is allowed to go on as usual. The attention of leadership is diverted to matters other than fighting the disease. The lackadaisical attitude of the leadership added further to `vaccine hesitancy’. So, many have not come forward to get vaccinated, thereby derailing the vaccination programme. The fourth lesson then is that leadership has to be focused and gain the confidence of the public.

In the first phase till February end, the frontline workers were to get their jab but many did not show up. In the second phase 300 million of the most vulnerable were to be vaccinated by July 21. That programme has been cut short even though barely a total of 55 million have had at least one dose by April 1. This is not even 4% of the population. Now the demand is to allow anyone willing to be vaccinated to get the jab. But this has the potential of a free for all, crowding and shortage of vaccines and of medical personnel.

We knew since July 2020 that vaccination would be required on a massive scale. To get to herd immunity in one year, 60% would have to be vaccinated, that is around 150 million a month. We needed to prepare to produce vaccines at this rate, have the logistics ready and tackle vaccine hesitancy through creating better public awareness. The policy makers rather than constantly saying how well they have tackled the economy and the disease should have been cautioning the public and gaining their trust. The fifth lesson then is better planning and realism.

Finally, at this stage what should state governments do? We are far from herd immunity so the chain of transmission cannot be broken without massive testing, contact tracing and isolation of the infected. Given over a lakh of new infections a day and the number of active cases above 5 lakh, this is going to be a difficult task. Further, due to the lack of precautions early on, people carrying the disease have spread all over the country and tracking them is going to be difficult. Many workers have been returning to their villages anticipating another lockdown and they will certainly be carriers of virus.

We have known that because of our low testing, the number of infected may be 10 to 12 times more than the number of cases detected. So, the task of contact tracing will be humongous. All this indicates that we cannot predict when we will reach the second peak and when the number of cases will start to decline. So, are we again staring at a painful lockdown like in Italy or France? It could be a short one but may become necessary – businesses will oppose it and workers would suffer. Advance planning is required for dealing with distress.

States are going for sealing buildings and areas as containment zones, stopping contact services like, shops and malls, night curfew and weekend lockdown. Are these useful given that during the day people will continue to mix? So, the sixth lesson is to anticipate when to go for lockdown and not delay it if it is required.

In brief, the coronavirus situation has abruptly and rapidly changed since mid-February. We should have used our better luck since September 2020 to prepare for the worst but complacency set in and we are now paying for it. The workers and small businesses will again be the hardest hit due to partial lockdowns and closures. We forgot that even at its lowest in mid-February the number of new cases were high, we knew of emergence of new variants in other countries and we should have anticipated that that could also happen in India at any time. Let us hope that the number of deaths do not rise rapidly. What the six lessons point to is that the policy makers `chalta hai’ attitude leads to firefighting rather than planning ahead even during a deep crisis.

Arun Kumar is the author of Indian Economy’s Greatest Crisis: Impact of the Coronavirus and the Road Ahead, 2020. Penguin Random House