COVID-19: India Needs Move to a Comprehensive Model of Testing

In the spirit of federalism, the Centre should devolve more of its powers to individual state health departments. 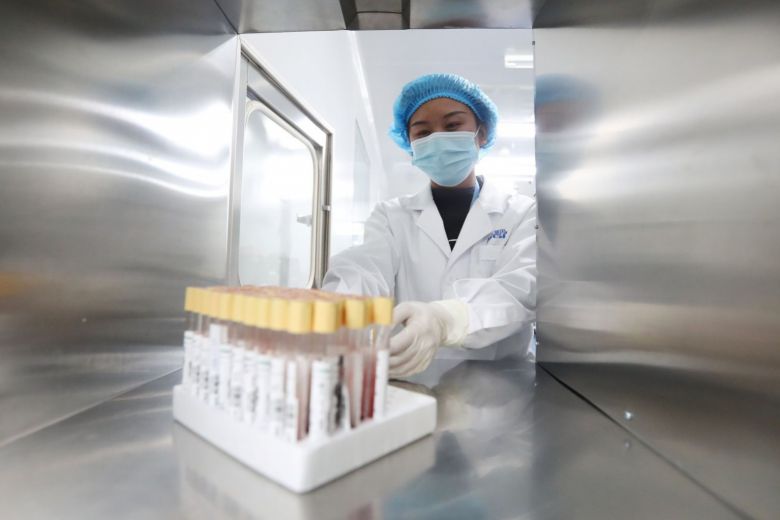 A technician works at a genetic testing laboratory. Photo: Reuters

A week before a national lockdown was declared in India, the World Health Organization (WHO) held a press conference on Covid-19 and said that they had a simple message for all countries: test, test, test.

As of April 12, India was at 139.25 tests per million of our population. The good news is that we have grown to this size from just 9.4 tests per million 4 weeks ago and 42 million 2 weeks ago. However, when we compare ourselves to a country like South Korea who is at 9268 tests per million and has also increased their rate of coverage faster than us, we come up terribly short. Even Pakistan has moved twice as fast as us. The question that is on everyone’s mind is why India not testing more?

The three main institutions involved are the Indian Council of Medical Research (‘ICMR’), the National Institute of Virology in Pune (‘NIV’) and the Central Drugs Standard Control Organisation(‘CDSCO’). The CDSCO merely provides Covid-19 diagnostic kit makers with a license to manufacture a kit that has already been validated by an ICMR certified lab. The ICMR is tasked with certifying new labs to test the virus and to validate new test kits as well as deciding on standards for the diagnostic kits. Until March 25 this year, the NIV was the only centre that could validate a Covid-19 diagnostic test kit.

The RT-PCR Diagnostic test is not a rapid test, taking an average of six hours to return results. Thus it is essential that in order to accelerate the pace of testing, we must have a large number of centres working to capacity. The ICMR has only authorized 228 testing centres of which it only supports a little more than half with kits and reagents. South Korea was first to setup drive through testing centres across the country, expandings its total network to over 650 centres. At 32 times the size of Korea, India is operating at 30% of its testing reach. States are starting to feel the pinch as Tamil Nadu which has the second highest number of Covid cases but has been testing below average national rates recently petitioned the ICMR with a request to double the number of centres in the state. On April 8, the ICMR asked for applications from government and private medical colleges who wish to be certified as testing centres.

With over 500 of these institutions across the country, one wonders whether it wouldn’t be faster for ICMR to allow the states to investigate and certify these institutes themselves.

India is said to be using 36% of its current testing capacity and this has been attributed to the lack of available test kits. The ICMR requires test kits to have a 100% success rate both on testing for the presence and the absence of the virus in a sample. The exceptions it provides to these rules are for Food and Drug Administration (USA) and CE(EU) certified devices. There are 141 molecular kits in use worldwide but ICMR has tested only 28 kits and till as recently as the 12th of March, had only approved five for use. There are ten approved kits today , a majority of which are global companies that are seeing a huge surge in demand from countries like the United states & Italy, making it impossible for them to supply a large number of kits in a short period of time to India.

One of the reasons for South Korea’s success in fighting the virus was the development of indigenous diagnostic kits that today are the third most used kits in the world. However, with Indian kit makers being asked to adhere to a gold standard, it is unlikely that many more will make the cut. The government of India needs to urgently widen the net and certify kits such as those made by Trivitron, an Indian manufacturer of these kits that has sold many of them to China but remains unapproved for use in India. One of the reasons that Trivitron had problems getting their kit certified was the initial lack of available validation centres in the south of India. ICMR till March 12 had only certified three other kit validation centres, none of which were in the south. Only two days before the end of the first lockdown have they added the first southern centre in the city of Hyderabad. As India moves into the rapid testing phase, I hope it will not continue to hold Indian manufacturers to an unattainable standard. After all, Cellex, which is the first company to get a rapid covid-19 antibody test approved by the FDA, has a sensitivity of 93.8% and a specificity of 95.6%

On March 13, the American government decided to relax its grip on diagnostic kit certification as the FDA allowed states across the country to develop and certify test kits on their own. This led to an immediate doubling of its testing rates and in due course led to doubling of test kits being used in the country.In stark contrast, even when the ICMR finally decided to allow four more centres to validate test kits, it still required them to obtain positive samples from NIV.

As recently as during the H1N1 epidemic,consortiums came together in India to create, maintain and distribute positive samples to several labs to test and certify. The central government needs to take a page from our own past history and in the spirit of federalism,devolve many of its powers to individual state health departments. In a situation where identification and isolation are the two pillars of a solution, it would be unwise to centralize control or make perfect, the enemy of good.