Responding to a question in the Rajya Sabha, minister G. Kishan Reddy said that a survey has found that a significant number of jobs were lost in the sector once the coronavirus-induced lockdown was imposed. 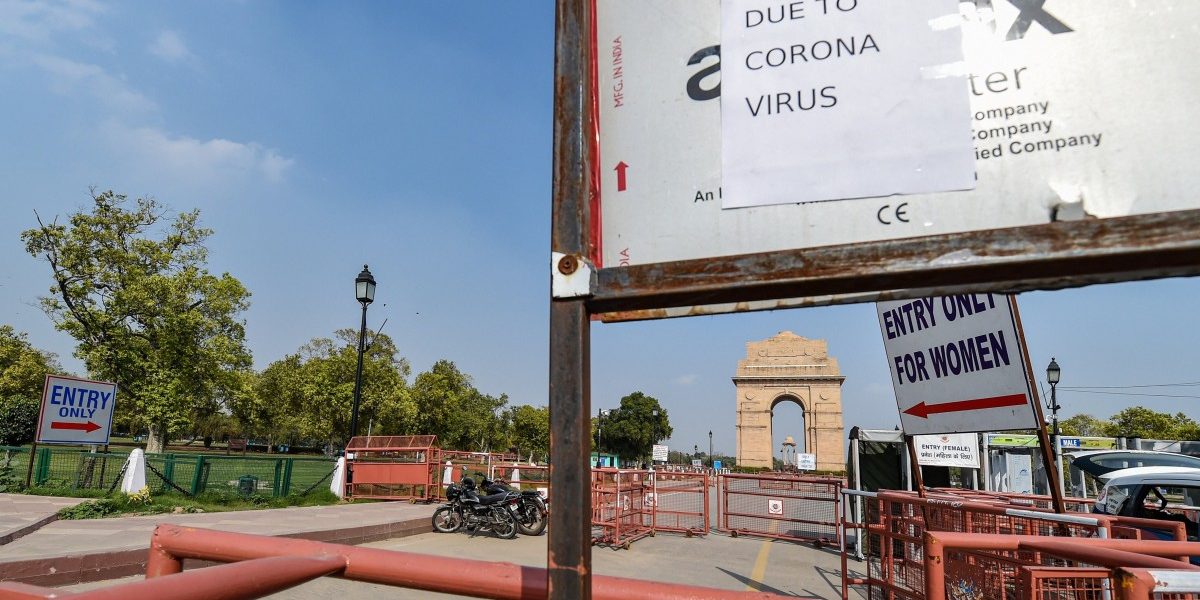 A notice put up at a barricade which says that India Gate has been closed to prevent mass gathering of tourists, March 19, 2020. Photo: PTI/Arun Sharma

New Delhi: A government study has confirmed that the tourism industry faced a devastating impact due to the coronavirus pandemic and the subsequent lockdowns, with the Union government informing the Rajya Sabha on Tuesday that an estimated 21.5 million people working in the sector lost their jobs between April 2020-December 2020.

In response to an unstarred question by CPI(M) Rajya Sabha member Elamaram Kareem, tourism minister G. Kishan Reddy said that the ministry had conducted a study titled “India and the Coronavirus Pandemic: Economic Losses for Households Engaged in Tourism and Policies for Recovery”, which revealed the number of jobs lost and the economic damage that the industry suffered.

“Due to significant drop in tourist arrivals and hence tourism expenditure during the pandemic, it is estimated that TDGVA plummeted by as much as 93.3% in Q1 of 2020-21 over its level in the same quarter of the previous year. It picked up slightly to post a fall of 79.5% in Q2 and that of 64.3% in Q3,” he said.

Reddy said that the tourism ministry did not maintain data on revenue generated from tourism. He also listed the efforts undertaken by the Union government to revive the sector.

According to The Hindu, replying to another question, Reddy said that his ministry has not conducted a formal study to assess whether the movement of people from all states has increased at tourist places, which might raise fears of a third wave.

Unsurprisingly, given the restrictions on international travel, the arrival of foreign tourists in India also dropped. The tourism minister said that as per the Bureau of Immigration, 10.93 foreign tourist visited India in 2019, a number that dropped to 2.74 million in 2020 and about 0.42 million until June this year.

The Hindu said that data compiled by the Ministry of Tourism shows that domestic tourist visits during the calendar year 2019 stood at 2,321.98 million and at 610.21 million in 2020.