Not only these three statements, but several other actions by the highest in the land as also by the political leaders need to be put under the scanner. 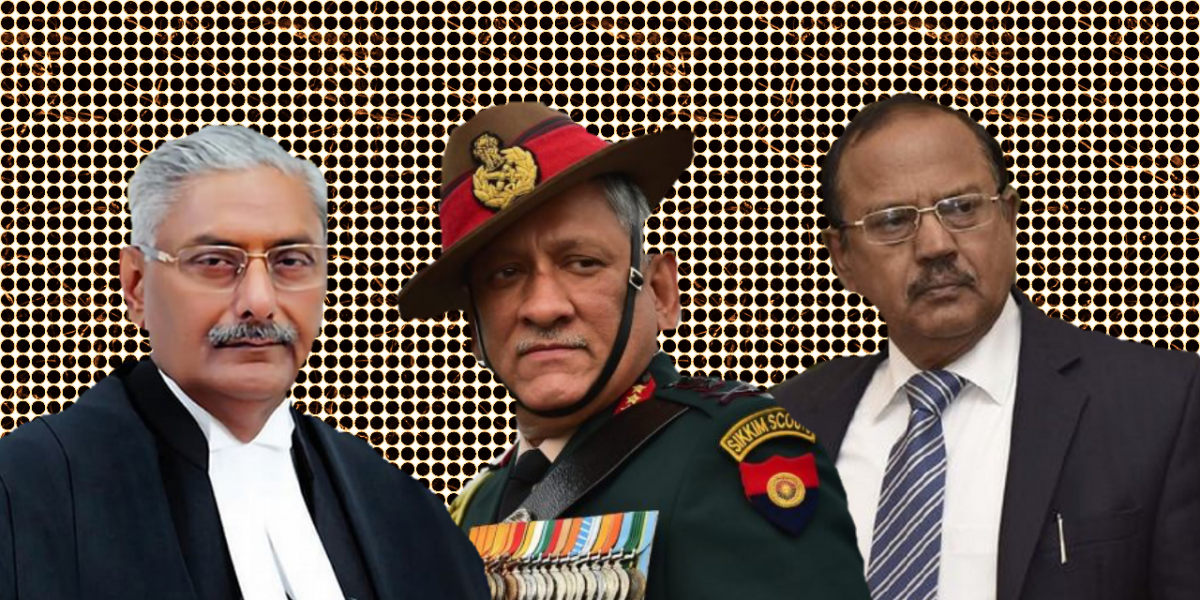 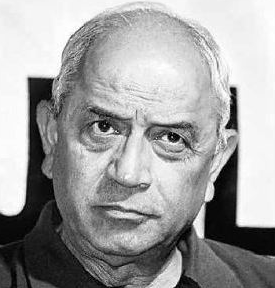 Constitution Day – which India marked last week – had a special resonance this year given the extent to which the ‘Idea of India’ and the Constitution are in danger of being undermined.

I recall that day in 1949, when as young 15 year olds, a number of us joined the Inter Services Wing of the Armed Forces Academy in Dehra Doon – when youth in newly independent India had an opportunity to join the armed forces and serve the country. It was a heady time. We were filled with both idealism and hope when the new Constitution was accepted on November 26 that year and came into effect on January 26, 1950. Yes, there was fire in our bellies – and a resolve to serve our people, protect the republic and ensure justice, liberty, equality and freedom for all.

I retired as head of the Indian Navy in September 1993, after serving 44 years in uniform.

Since then I have been living in a village here in the Konkan region – doing some farming, and remaining engaged in public life on a wide range of matters. These have included being vocal about farmers’ issues, human rights violations, politicisation of the armed forces and above all, the growing intolerance and communalisation, targeting and attacks on minorities especially Muslims, and the imposition of draconian laws which not only curtail civil liberties but are undermining the spirit of the Constitution.

Our responsibility as citizens is indeed to be proactive on many of the above concerns as an essential part of keeping our democracy vibrant and healthy, and to call out what is inconsistent with constitutional dharma so to speak. This applies especially to those of us both in and out of uniform or from the civil services. We live in a milieu where national security concerns are invoked all too often as a means to avoid scrutiny and to justify the lack of transparency. National security must above all ensure human security – in every sphere. When we take an oath to abide by the constitution, we also swear to uphold the rights, well-being and dignity of every citizen.

It was not without reason that the preamble to our constitution begins with the words “We the People”, and taken together with Article 1, which clearly iterates that “India that is Bharat, shall be a Union of States”, this leaves us in no doubt as to the vision and intent.

Recent developments have however disturbed me enough to share my thoughts through these columns. I refer, specifically, to recent statements made by three leading personalities/institutions – which go against the fundamental principles of our constitution.

1. National Security Advisor Ajit Doval addressing the passing out parade of police officers at the Police Training Academy at Hyderabad on November 11, 2021.

2. Chief of the Defence Staff Bipin Rawat making comments at a widely publicised event organised by the Times Now Group on November 10 and 11, 2021.

3. Chairman of the NHRC Arun Mishra present at the Annual Debate organised by the Assam Rifles under the aegis of the National Human Rights Commission on November 9, 2021.

At each of these events, deeply troubling messages have been communicated to the public, and further amplified by the mainstream media. That these were delivered within a few days of each other cannot be entirely coincidental. As thinking citizens it behooves us to connect the dots and analyse the implications for our fragile democracy at this stage.

It is with this in mind that I am sharing the following concerns and questions.

The NSA is among those seen to be closest to the ‘Powers that Be’. While addressing IPS probationers at a passing out parade in the Police Academy at Hyderabad on November 11, he reportedly said that “the new frontier of war was civil society”, and equated this to the ” fourth generation warfare”. The freshly minted young police graduates are being openly told that since “civil society can be suborned, manipulated, subverted and divided and thus hurt the interests of the nation”, it is their duty to deal with them. He also implied that the ‘electoral process’ is not paramount, and what is important are the laws made by lawmakers which the police must enforce ruthlessly.

Question: Is the NSA therefore encouraging the police to treat people as the enemy of the state? And is this not directly in contravention of all that the Constitution of India represents?

Around the same time, at a Times Network Summit titled “Celebrating India @75, Shaping India @100” it was alarming to read reports that the CDS virtually told the audience that he thought “lynching” was a good thing. He lauded the public of Jammu and Kashmir for joining the battle against terrorists by being ready to inform on and “lynch” them. It seems that the senior most soldier in the country was justifying unilateral action by citizens against anyone who held a gun and was ‘suspected’ of being a ‘terrorist’ or a ‘militant’. By extension this could then apply anywhere else in the country.

Question: Does the General need to be reminded that those of us in uniform are governed by our respective Army, Navy or Air Force Acts, and in no way can we recommend or condone the dispensing of summary justice. Is the CDS as the senior most military leader in India therefore culpable of “‘incitement to violence”?

The NHRC has been mandated to work to uphold and protect human rights across the country. India is a signatory to the Universal Declaration of Human Rights (UDHR), 1948, proclaimed by the United Nations General Assembly on December 10, 1948, held in Paris.

Question: Granted that the NHRC has been unthinking in its choice of debate topics over the years but as a former judge of the Supreme Court, did it do the present chairman any credit to preside over a debate with the leading  question, “Are human rights a stumbling block in fighting evils like terrorism and naxalism?” Does not such a formulation throw up some troubling questions regarding the position taken by the NHRC on this question?

Role of the state and its security apparatus

The more serious issue that needs to be addressed is whether these have been random, mindless and disconnected statements or are they part of a wider construct (ideological and/or political) which we are increasingly seeing in action?

There have been a number of well-argued articles by some senior military officers and former civil servants, that have taken issue with these positions and views expressed above. For the most part, they have addressed either the statement of the NSA, or the CDS. Few have examined them together.

In my considered view, not only these three statements, but several other actions by the highest in the land as also by the political leaders need to be put under the scanner.

Connecting these apparently scattered and disconnected dots provides a disconcerting picture of the present reality and state of our democracy and civil liberties.

The other recurring and disconcerting trend of senior military commanders being visible at widely publicised non-military events – as recently happened in Uttar Pradesh at the inauguration of an expresssway and other functions – has also raised uncomfortable questions about whether the services might have ended up unwittingly(?) serving and promoting the interests of political parties.

Many of us veterans had, in an open letter in 2019, pleaded with the chief election commission (CEC) that parties be warned against politicising the armed forces. Despite this warning, this tendency has now become even more blatant.

Also read: The Policeman and the General Are India’s New Theoreticians of Democracy and Human Rights

Summing up recent trends, we have seen an endless parade of events, decisions, abusive actions and language, from calling the protesting farmers ‘andolan jeevis‘ and ‘parjeevis‘ to openly treating them as terrorists, Maoists and Khalistani separatists, to blatant discrimination against minorities from Kashmir to the Northeast, spreading of hate messages, and the widespread suppression of journalists and all dissenting voices. These have emanated at various times from various sources in the party in power across the country.

Taken together, these trends are matters of serious concern for those of us who have also held the highest office in the armed forces. These do not augur well for democracy, for law and order, nor for maintaining social equilibrium in our diverse and plural society. Furthermore, these will only add to the growing and widespread sense of fear and insecurity amongst the citizens of this country – especially those most vulnerable – despite constitutional pledges to the contrary.

These kinds of statements made by responsible leaders, if uncontested, give further substance to the widespread perception that there is both overt and covert support to those taking the law into their hands from the highest level. Also, that the new normal of democracy now no longer tolerates either dissent or difference of opinion.

The highest court in the land has issued directives that several of the anti-democratic and anti-people laws like sedition, the Unlawful Activities Prevention Act (UAPA), the National Security Act (NSA) and Public Safety Act (PSA), even CAA and NRC, must be reviewed urgently and that there should be no misuse by any of the state’s agencies.

Chief Justice of India N.V. Ramana has, on many occasions, stressed that the institutions of government and judiciary must make human rights central and give it highest priority. He has also called for a nationwide sensitisation of police officers.

This sits uneasily in the context of the address from the NSA to police trainees when he openly suggests that civil society is the real threat and must be dealt with ‘ruthlessly’. Already we have seen sub-divisional magistrates telling the police to “break the heads of protesting farmers”. A recent report by the National Campaign Against Torture – a platform for NGOs working on torture in India – has highlighted how torture continues to remain a favoured tool in the hands of the police to extract information and confessions, or sometimes just to victimise oppressed sections of society.

As one of the senior-most service veterans alive today, I do believe it is my responsibility to ask the NSA, CDS and indeed the chairman of the NHRC to clarify what they mean by these recent statements. I would also urge them to reassure the people of this country that their rights will indeed be honoured and respected, their freedom of speech as guaranteed in the constitution will be honoured, and that no one, not even the police or the military, has the power or authority to lynch or torture anyone in custody under any circumstances, or to deprive people of their liberty without due process of law.

We the People are intended to be the creators, the shapers and the owners of this land, its resources and to enjoy in equal and fair measure the rights and freedoms that we have all been assured. Our job as honest and responsible citizens is to stand up and be counted and the forces of law and order in turn must be courageous enough to resist blatant violations of their mandate and code of honour and conduct.

And we the people need a strong and independent judiciary as an important ally. To quote a former Supreme Court judge, “Unless we have a judiciary that stands up, speaks out, and introspects, our Constitution will become another piece of Document which we will keep on discussing on 26 November.”

Admiral (retd) L. Ramdas is the former chief of the Indian Navy.