The Congress is currently the single largest party in the state with 14 MLAs, while the BJP has 12 in the 40-member Assembly. 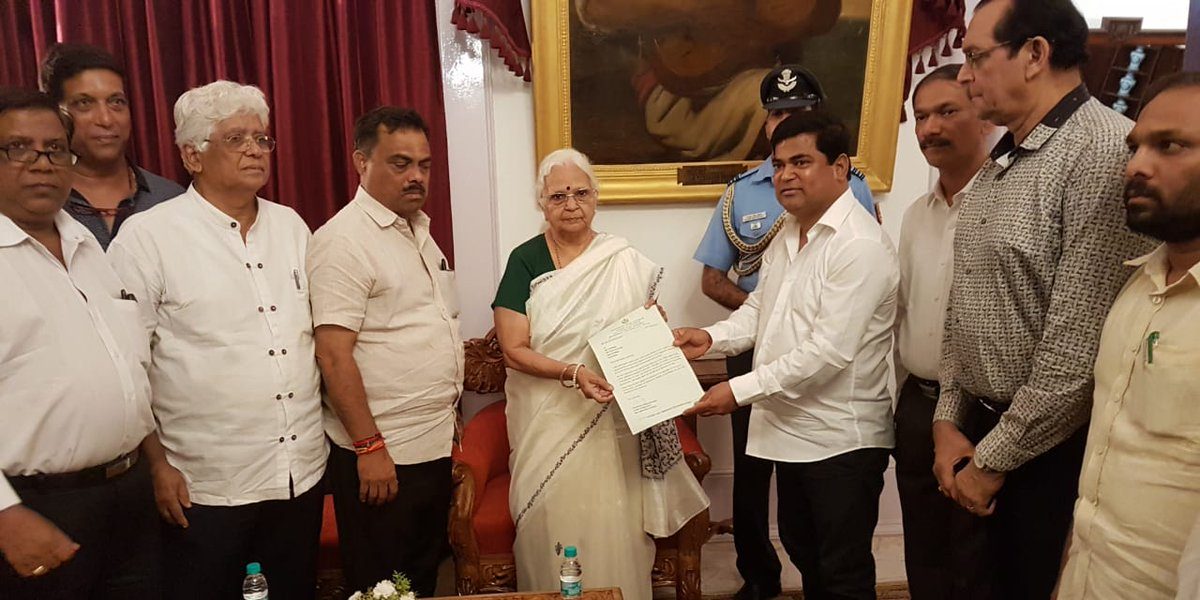 Panaji: A day after Goa Chief Minister Manohar Parrikar’s death, Congress MLAs met the Governor of Goa, Mridula Sinha on Monday and staked their claim to form a government in the coastal state.

All the 14 Congress MLAs, led by the Leader of the Opposition, Chandrakant Kavlekar, went to Raj Bhawan and handed over a letter to Sinha, saying that as the Congress was the single largest party in the Assembly, it should be allowed to form the government.

“We are saddened by the chief minister’s demise, but before his final rites are performed, a new government has to be formed…The governor has acknowledged that the Congress is the single largest party and she said she will get back to us,” Kavlekar told reporters here.

The opposition party had earlier written to Sinha, staking a claim to form the government on Friday and then again on Sunday.

Before heading to the Raj Bhawan, Kavlekar said, “We are a majority party in the House and still have to struggle to get the appointment. We demand that we be invited to form the government under the circumstances, where the (BJP-led) government does not exist after Parrikar’s demise,” he said.

Chandrakant Kavlekar, Congress: We met the Governor&staked claim to form government as we are the single largest party in the state. We have 14 MLAs and we should be given the chance to form the government. We have told that we will prove majority. Saddened by demise of Goa CM pic.twitter.com/vuBtmDd74M

Asked about the possibility of the Assembly being kept in suspended animation, he said, “When the Congress is staking a claim, that question does not arise.”

The Congress is currently the single largest party in the state with 14 MLAs, while the BJP has 12 in the 40-member Assembly.

The strength of the House has now been reduced to 36 due to the demise of BJP MLA Francis D’Souza earlier this year and the Chief Minister Manohar Parrikar on Sunday along with the resignations of two Congress MLAs Subhash Shirodkar and Dayanand Sopte last year.

The Goa Forward Party (GFP) and the Maharashtrawadi Gomantak Party (MGP) have three MLAs each, while the NCP has one. There are three independents as well.

The GFP, the MGP and Independents were a part of the Parrikar-led government.