Clashes Erupt in Darjeeling Between Gorkha Janmukti Morcha and Police

The Gorkha Janmukti Morcha was protesting against the government's decision that Bengali will be compulsorily taught in schools. 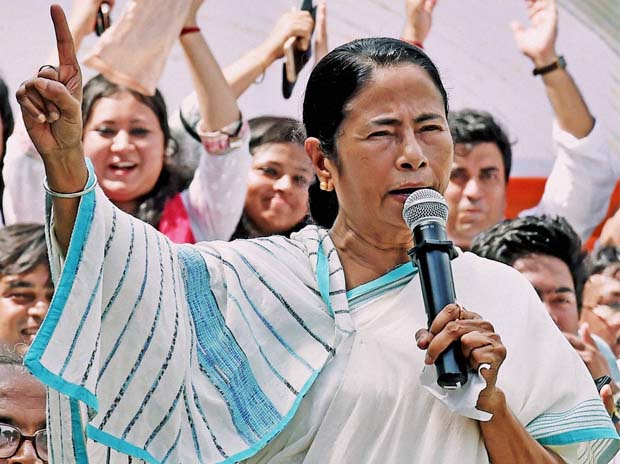 Clashes erupted in Darjeeling today when Gorkha Janmukti Morcha (GJM) supporters set fire to several police vehicles, a government bus and attacked the police with stones and bottles to protest against the compulsory teaching of Bengali in schools.

An army spokesperson confirmed on Thursday evening that two columns of soldiers have been dispatched from Sukna to Darjeeling to control the situation.

West Bengal chief minister Mamata Banerjee had announced last week that Bengali has to be compulsorily taught to students up to class 10 in schools in Bengal. The GJM had vowed to protest against it as soon as the announcement was made.

The chief minister was chairing a meeting of the state cabinet at the Raj Bhavan in Darjeeling when thousands of GJM supporters assembled to agitate near the venue. They first raised slogans to protest but clashes erupted when Banerjee came out to address the media waiting outside the meeting. They burnt her effigy and started throwing stones at the police. The police retaliated with a lathicharge and tear gas shells to control the crowd.

Many GJM protesters were injured but the number is yet to be confirmed, reported the Hindustan Times. GJM president Bimal Gurung said that he will announce a major agitation programme shortly.

Banerjee has called for an emergency cabinet meeting tomorrow, in wake of the clashes; reported ANI.

During the clashes, Banerjee was barely a kilometre away, addressing the cabinet meeting in the hills of her state after 45 years.

According to Hindustan Times, the chief minister, in her cabinet meeting, told her colleagues that there was no necessity to attach much importance to GJM’s continued protest. “They are trying to make an issue out of a non- issue and giving importance to their agitation will just highlight them” she said.