To Speak Out or Not, That is Not the Question for India’s Civil Servants, Retired and Serving

The government likes its babus compliant and complicit, and will go to any length to ensure they stay that way. 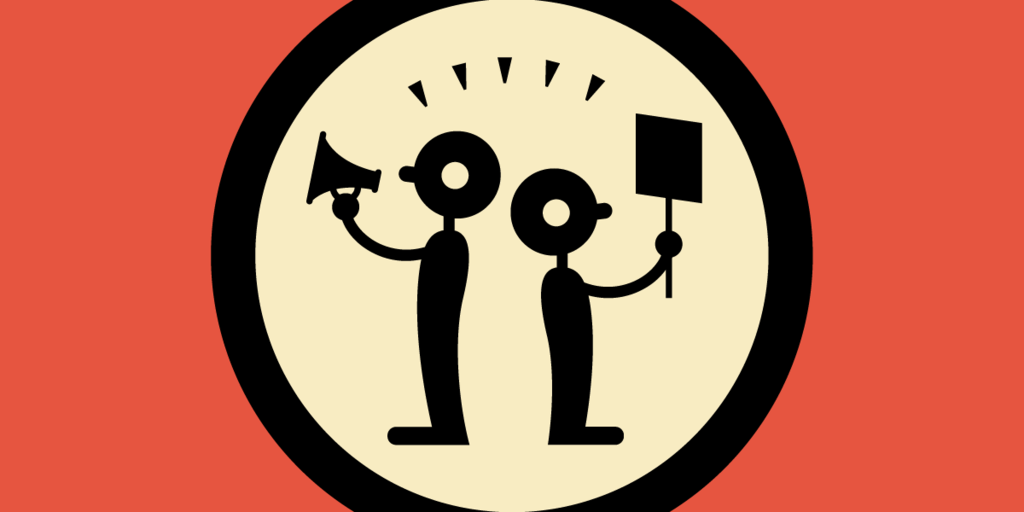 Periodically, retired senior Indian civil servants, diplomats, policemen, spooks and soldiers, amongst others, collectively write anguished ‘open letters’ to either the prime minister or president detailing the ills afflicting the polity and offering suggestions for implementation.

Their letters draw three kinds of reactions. For citizens upset over government policy, and of course for the opposition, critical statements by eminent retirees are seen as a welcome and necessary corrective, especially at a time when the actual institutions mandated to exert checks and balances have fallen silent.

But for supporters of the government, these letters are seen as motivated by an unwarranted sense of self-importance stemming from the authority the authors wielded during decades of service, which they miss.

And then there are the cynics, with no particular skin in the game, who point out that the signatories of these letters include some individuals who, whilst they were in office, did little or nothing to remedy the very problems they are now so exercised over. After all, it’s a well-established maxim on the seminar and conference circuit that most civil service and military retirees are quick to proffer bold and innovative solutions to institutional problems that they themselves never tried to implement during their years in service.

Expectedly, the politicians in power do not bother to listen to the advice of pensioners. As one former secretary-rank officer appositely put it, many retirees grow cojones once out of office but it’s far too late for them to make something of them. And yet, the current government is clearly discomfited by their actions, recognising that the letters and articles they write generate bad publicity.

Until recently, the response of the powers that be has been somewhat benign: a rival set of retirees, typically less illustrious, is wheeled out with letters and articles of their own, who then run down the first group and offer fulsome praise for whichever official policy needs defending.

But now the government has gone a step further, amending the Central Services Pension Rules to threaten former intelligence and security officials who offer their views on topics within the “domain” of their old employer with the scrapping of their pension.

On May 20, the Constitutional Conduct Group wrote a sharply worded open letter to Prime Minister Narendra Modi on his mishandling of the COVID-19 pandemic ravaging India.

The stellar list of signatories included two former Union health secretaries who were highly regarded by public health experts for their excellent stewardship of the ministry a few years ago. One of them had the cojones, while in service, to cross swords with his minister, and was promptly transferred to another ministry. So when a letter that the two of them endorse pulls up the Centre for directing ‘super spreader’ events like recent state election rallies and the Kumbh Mela and for its complacency in failing to provide adequate hospital facilities for virus-infected patients alongside oxygen, ventilators and palliative drugs, the observations made cannot be lightly brushed aside. “Even more inexcusably,” the letter notes, “no advance planning was done to secure adequate stocks of vaccines, despite India being one of the major vaccine suppliers to the world.”

The group suggested a series of 10 urgent measures to try and alleviate the continuing emergency. These included swiftly inoculating all Indians free of cost, enhancing virus testing, providing economic and nutritional assistance to the indigent, easing of unwarranted restrictions on non-governmental organisations and adopting an overall rational, data-driven and professional approach to the pandemic. “History,” the letter boldly concluded, “will judge our society, your government and above all, you personally, on how effectively we handle the crisis.”

In most other democracies, such a letter from former members of the ‘establishment’ or ‘deep state’ would have created major ripples. The Donald Trump administration was regularly buffeted by statements and letters from retired heavy hitters, especially on questions of foreign policy and national security. The letters didn’t bother Trump, but they found a sympathetic echo across the ‘establishment’ and helped erode the credibility of his presidency.

The problem with the current dispensation, however, is that the prime minister is not interested in advice from professionals, retired or serving.

India’s senior-most bureaucrats quickly realised after 2014 that the regime expected them to function as ciphers and even propagandists for a political cause and not as advisers upholding the interests of the state. So, when the serving health secretary is not encouraged to function as a professional and proffer sensible advice on, say, the Kumbh Mela, the retired bureaucrats are surely tilting at windmills.

Role of the ‘establishment’

Though India prides itself on the steel frame of its bureaucracy, originally modelled along the lines of the civil service in the United Kingdom, the ‘establishment’ in India never developed the institutional heft necessary for the job. And this is not a failure of the past seven years but of the past seven decades. True, the challenge to India’s institutions has never been so grave as it is today and needs all hands on deck – including retired ones – to keep the ship of democracy afloat. But it is the little leaks and cracks that successive generations of officials either ignored or tolerated or even encouraged that have allowed the breach to become so dangerously wide.

Thanks to this steady erosion – in the functioning of the IAS, IFS, Police and even armed forces but also in other ‘estates’ like the judiciary and media – there is in India no ‘establishment’ that can serve as a corrective to the unconstitutional excesses of the current regime.

This is quite unlike what exists in mature democracies like the US or Britain. There, the ubiquitous ‘establishment’ privately, but subtly still influences, and impacts major governmental decisions and policies. The establishment in the US, for example, was able to push back against some of the greatest COVID-19-related excesses of President Trump. The high turnover among cabinet members dealing with national security also point to contestation, even if not always successful.

A hush-hush, albeit forceful establishment is equally operational in varying degrees in several European states like France, Germany and Ireland, and other Commonwealth countries like Australia and Canada. It is also prevalent in other world democracies that still cherish unbiased advice from experienced veterans with no stake in the official pie.

The term ‘establishment’, popularised by British journalist Henry Fairlie in the mid-1950s referred to important, influential and ‘meritorious’ individuals, other than those in office, who together managed England. Besides the obvious lot of royal family members, hereditary aristocracy and landed gentry, clergymen, bankers and industrialists, the English establishment especially included retired senior civil servants and armed services personnel, alongside Oxbridge dons, lawyers and freemasons, all of whom periodically signed off, in major measure, on critical aspects of national policy.

To be sure, the establishment is not a democratic construct. It can even be termed anti-democratic, especially when its members gang up to undermine policy changes backed by the electorate that weaken the influence and wealth of big business. In the UK, the establishment backed policies that undermined the interests of the nation and people – such as joining the US invasion of Iraq in 2003. But what it does ensure is the professional implementation of policy and the assertion of statecraft in the face of individual whimsy.

This understated, but hugely daunting British power elite emerged during, and supervised, their country’s affairs over centuries of colonial dominance. Even today, this below-the-radar assemblage remains relevant, operating much like earlier from smoke-filled lounges in London’s exclusive clubs, the drawing rooms of secreted English country homes or on rambling walks on the Moors. Many fascinating instances of the Establishment’s workings, for instance, are detailed in the novels of John Le Carre, himself a former MI6 spook.

The US too has a well-entrenched establishment elite of retired civil servants, servicemen and spooks, in addition to university academics, think-tankers, multinational executives and environmentalists, alongside members of elite East Coast families. This disparate bunch, responsible for influencing and at times even formulating diverse US policy, alternated between serving various administrations in Washington, pursuing their vocations and serving in think tanks that, unlike their shabby and unprofessional Indian equivalents, were taken seriously as part of the omnipresent Establishment. Much of the US establishment’s role in national security and diplomacy has also been keenly and entrancingly portrayed in Hollywood movies, to a high degree of accuracy.

In Canada, on the other hand, the establishment began as a hybrid of the British and US models, before emerging in the mid-20th century as a mix of prominent business leaders, clergymen, retired politicians and civil servants and a handful of media moguls. Australia and Ireland too had similar cabals in their respective establishments, but with smatterings of cultural and religious notables.

Back in India, the influence of retired bureaucrats is in inverse proportion to the power they jointly exercised in office, Consequently, many senior officers spend their final laps in service lobbying the government for employment after retirement, simply because they dread the attendant anonymity. The offers, invariably, come with strings attached. Post-retirement sinecures invariably necessitate a blind endorsement of official policy, however flawed. The rot has now spread from the bureaucracy to the Election Commission and even the judiciary.

So, it is that so many of today’s officials, retired and serving, appear willing partners in the most misguided and disastrous of official endeavours. You can see them defending the indefensible on television news channels, night after night, attempting outrage management or even worse, remaining ‘neutral’ in the face of quackery, political mismanagement, communalism, violations of law and common sense.

Perhaps those among the serving who do not go on to become members of this official commission or that, or governors, or even ministers, will, when they retire, regret the role they played during the pandemic and will finally tell the government what needs to be done. But history will remember them for their silence at a time when they should have spoken out. Remaining neutral is not an option.

To paraphrase Martin Luther King, the hottest place in Hell is reserved for those who remain neutral in times of conflict. Or as he more succinctly put it: in the end we will remember not the words of our enemies, but the silence of our friends. “There comes a time,” he says, “when silence is betrayal.”