At least three opposition ruled states – West Bengal, Punjab and Kerala – have said that they will not implement the new citizenship law.

New Delhi: Despite weeks of protests by thousands of citizens and students across India, the Centre issued a gazette notification on Friday night announcing that the provisions of the Citizenship Amendment Act (CAA) came into effect on January 10.

The CAA, which has led to widespread protests in the country, grants citizenship to individuals who are Hindu, Sikh, Buddhist, Christian, Jain, or Parsi and who entered India from Pakistan, Bangladesh, or Afghanistan by the cut-off date of December 31, 2014.

Amid the chaos that has engulfed India after the two houses of parliament passed the controversial Act mid-December, the Narendra Modi government has continued to assert that no Indian citizen needs to worry about the law – despite the fact that the Act itself is in violation of the constitution as it singles out one religious community when it is implemented alongside the National Register of Citizens.

At least three opposition ruled states – West Bengal, Punjab and Kerala – have said that they will not implement the new citizenship law.

The protests got a fillip when the Delhi Police and Uttar Pradesh Police stormed into universities to contain students agitations. The use of violence against students has been widely criticised.

From civil servants to actors, other civil society members and eminent personalities, there has been no dearth of voices speaking up against the Act and demanding justice for the violence being perpetrated against protesting students and in Uttar Pradesh. The fact that only the BJP-ruled states used violent means to quell the protests has also been widely panned. 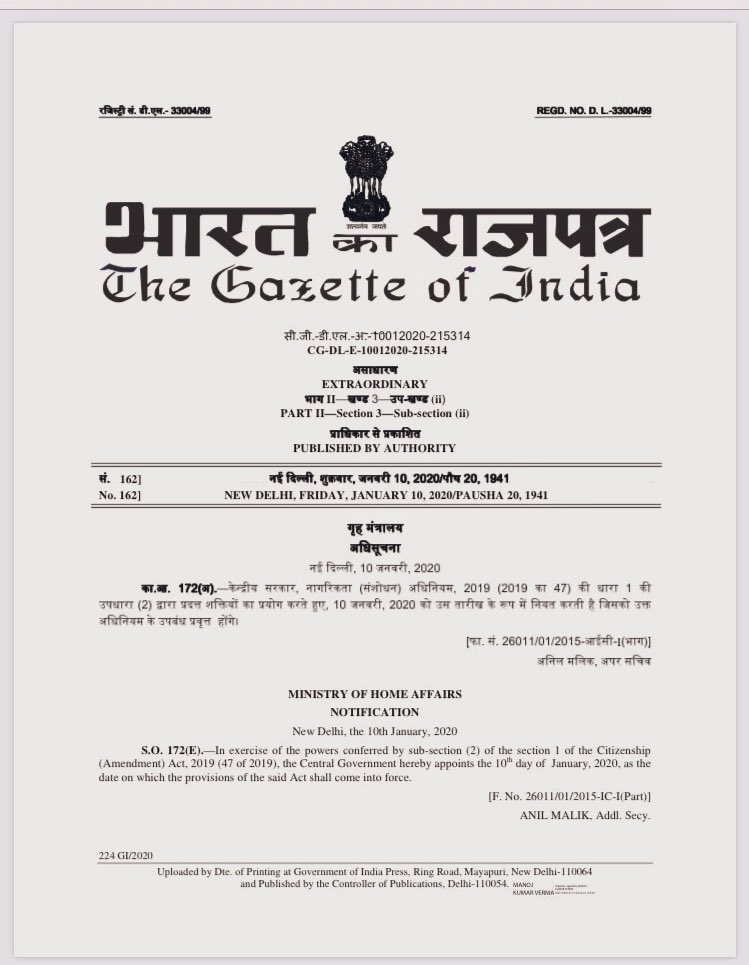 The gazette notification on the Citizenship Amendment Act issued by the government on the night of January 9, 2020.