"An early completion of the disengagement process could lead to the de-escalation of forces in Eastern Ladakh, which would hopefully lead to restoration of peace..." Harsh Vardhan Shringla said. 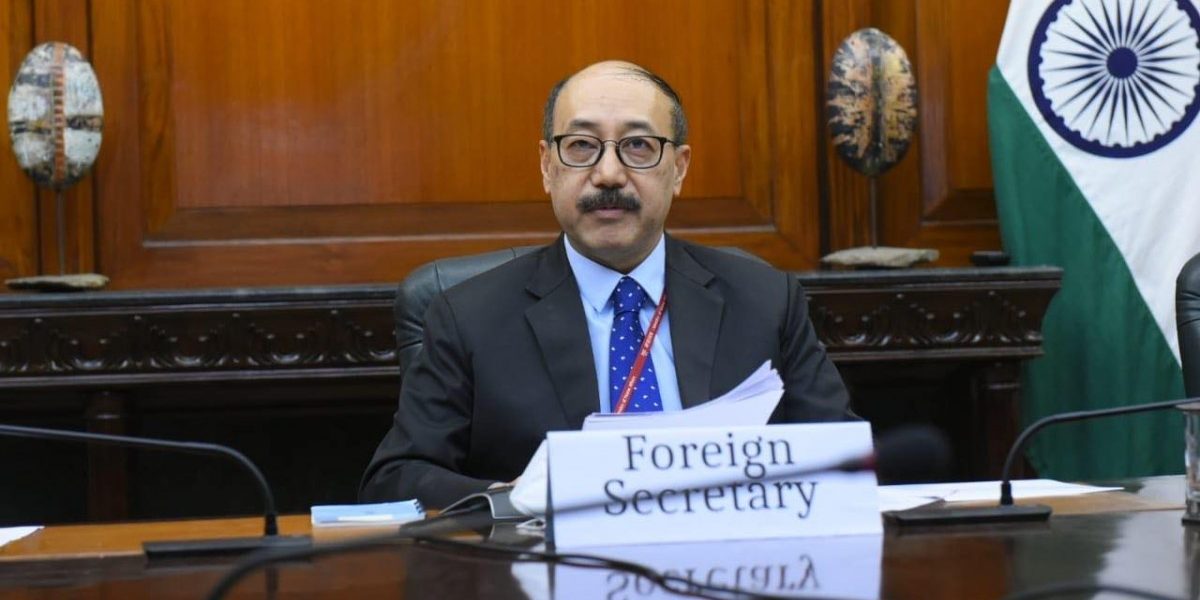 New Delhi: China’s attempts over the last year to unilaterally alter the status quo in Ladakh were in violation of bilateral agreements and inevitably impacted the development of ties, foreign secretary Harsh Vardhan Shringla said on Wednesday and noted that early completion of the disengagement process could lead to the de-escalation of forces there.

Noting that the rise of China and India’s proximity brings its own implications, Shringla said Chinese attempts over the last year to unilaterally alter the status quo in Ladakh have “seriously disturbed” peace and tranquillity in the border areas.

“These acts are in violation of our bilateral agreements and have inevitably impacted the development of the bilateral relationship. We have nevertheless maintained dialogue to peacefully resolve the situation,” he said.

“An early completion of the disengagement process could lead to the de-escalation of forces in Eastern Ladakh, which would hopefully lead to restoration of peace and tranquillity in the border areas and facilitate overall progress in the bilateral relationship,” he said.

India and China were locked in a military standoff at multiple friction points in eastern Ladakh since early May last year. However, the two sides completed the withdrawal of troops and weapons from the North and South banks of Pangong lake in February following a series of military and diplomatic talks.

The two sides are now engaged in talks to extend the disengagement process to the remaining friction points.

India has been particularly pressing for disengagement of troops in Hot Springs, Gogra and Depsang.

According to military officials, each side currently has around 50,000 to 60,000 troops along the LAC in the sensitive high altitude sector.

There was no visible forward movement in disengagement of troops in the remaining friction points as the Chinese side did not show flexibility in their approach to this issue at the 11th round of military talks.

In his remarks, Shringla also said India has an enduring friendship with Russia and that friendship continues to be strengthened.

“We will give particular attention to building a 21st century relationship with Europe and a new and transformational partnership with a United Kingdom that has just exited the EU,” he said.

Noting that India’s engagement with Africa has been reinvigorated, Shringla said this is reflected in the stepped up exchanges at the political level and enhanced economic engagement, including through India’s Lines of Credit.

“We are also committed to intensifying and deepening our engagement with the Global South,” he said.

As part of the Think West policy, relations with Gulf countries have acquired new dimensions in the last few years, he noted.

“We also remain committed multilateralists and believe that human centric globalization must underlie the reformed multilateralism that will inevitably arise in a post-pandemic world,” Shringla said.

Pointing out that India is currently in the UN Security Council for a non-permanent tenure, he said India’s priorities in the Security Council include working to bring innovating and inclusive solutions to foster development; pursuing concrete action for effective response to terrorism; reforming multilateral systems; bringing a comprehensive approach to international peace and security; and promoting technology with a human touch as a driver of solutions.

Asserting that Indian diplomacy for this era is based on five pillars, Shringla said the first pillar is that it is Indian in thought.

He said the second pillar of Indian diplomacy is its multipolar focus and asserted that India places its Neighbourhood First, “we Act East and we Think West and we have revitalized our approach to these policies”.

The third pillar of India diplomacy is its actions as an international force multiplier for the government, he said and also highlighted how India helped several countries in the early days of the Covid pandemic by providing essential medicines, vaccines and other Covid-related assistance.

“This generated immense goodwill for us and was reflected in the support and assistance we received from our partner countries during the second wave. We will continue to share our resources, experience and expertise with others, to the best of our abilities,” Shringla asserted.

“Our efforts at rebalancing include our endeavour to participate in the search for solutions to common problems,” he said.

Shringla also said that India is an open society and a democracy, and asserted that these were values that will remain at the heart of Indian diplomacy.

“Diplomatic strategies are similar. They do not lend themselves to neat and tidy categorization of problems and solutions. They require constant adjustments and course corrections,” he said.

“It is possible, however, to point the ship of state in a broad direction and I have attempted to describe that direction. We will certainly face turbulence. As and when it happens, we will be able to find our bearings from our values and our aspirations and our desire to not only contribute to solving the problems of today but to build the world of tomorrow,” the foreign secretary said.