Is the Centre Quietly Trying Do Away With the Post of Chief of Defence Staff?

“It’s quite apparent from its apathy that the government simply does not want a CDS,” said an Army officer, referring to the post remaining vacant even nine months after General Bipin Rawat's demise. 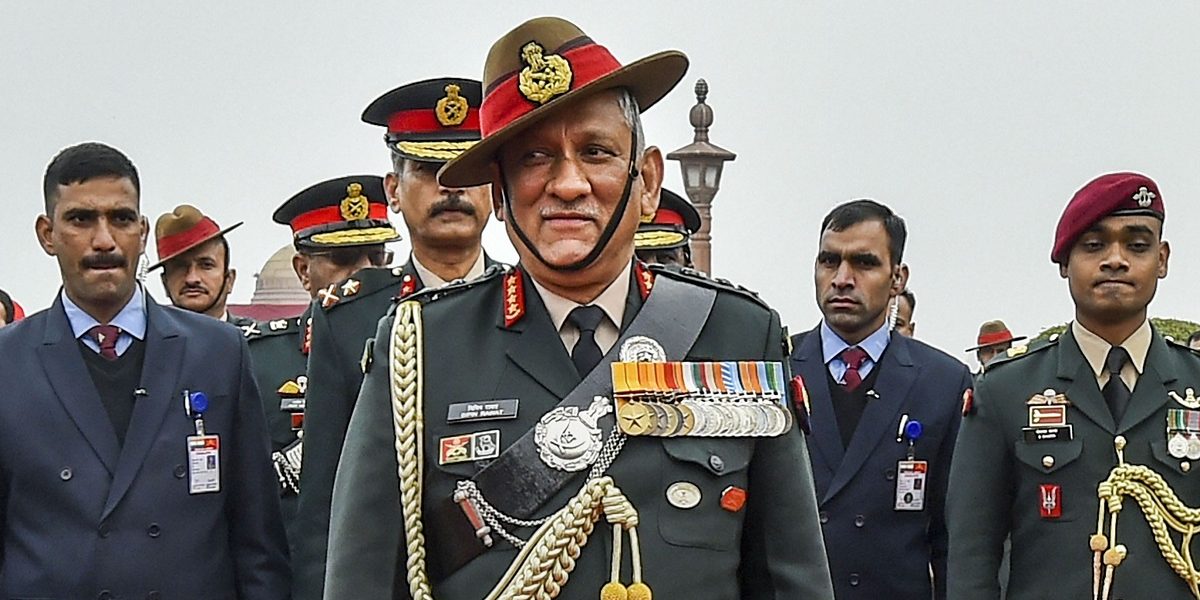 Chandigarh: Over nine months after India’s first Chief of Defence Staff (CDS) General Bipin Rawat died in a helicopter crash, it’s a near-certainty in military circles presently that the government is highly unlikely to nominate his successor.

Several senior retired and serving service officers, security officials and analysts reasoned that having not appointed a CDS to follow General Rawat till now, the government has ‘quietly’ decided to do away with the top military post that was aimed principally at streamlining the country’s higher defence management.

“It’s quite apparent from its apathy that the government simply does not want a CDS,” said a two-star Indian Army officer. “Having created the appointment after decades of deliberation, its reluctance to name a CDS candidate indicates that it finds the post entirely expendable,” he stated, declining to be named.

Having failed to shortlist either of the three service chiefs for the post of CDS after General Rawat’s demise in December, 2021, the government had broadened its selection pool through a June 7 notification. This fiat rendered all serving and retired three-star officers, aged 62 years or below and from any of the three services, eligible to become CDS for three years.

Furthermore, this directive potentially expanded the choice of CDS to over 100 people, but despite this amplification, no one had made the cut – even though a couple of army officers were being talked of in the fauji langar as potential hopefuls some months earlier, but not subsequently.

“Such an evident shortcoming in selecting a CDS reveals either flawed promotion procedures in the respective services or even worse, a distressing lack of confidence by Prime Minister Narendra Modi’s BJP-led government in the upper echelons of the armed forces,” said a retired three-star Indian Air Force (IAF) officer.

“It’s a major morale dampener for the forces that no one was found suitable to be the country’s top soldier,” he added, preferring to remain anonymous.

Moreover, some analysts pointed out that General Rawat’s outspokenness and forthrightness on several sensitive military, diplomatic and political issues, too, had possibly spooked the government into an unwillingness to nominate another CDS.

Of his many foibles, the late CDS had triggered a massive row by disparagingly referring to the IAF as the army’s ‘support arm’ and urging the services to accept indigenously-designed and manufactured defence equipment that incorporated just 70% of their operational qualitative requirements.

Hence, by default, it would appear that the armed forces will, once again, be headed by the Chairman Chiefs of Staff Committee (CoSC) who, in keeping with precedent, would automatically be the senior-most of the three service chiefs – currently Air Chief Marshal Vivek Ram Chaudhuri.

But in this, too, there is seemingly an analogous snag, as ACM Chaudhuri had not been formally nominated the ‘acting CoSC’ after his predecessor, General M.M. Naravane, the Chief of Army Staff (CoAS), retired in April this year. Earlier, however, within a week of General Rawat’s passing, the government had approved General Naravane as the acting CoSC around mid-December 2021, till the government agreed upon a CDS.

But after General Naravne superannuated, the government had, for reasons unknown, failed to ‘officially’ designate ACM Chaudhuri as the ‘acting’ or brevet CoSC to serve as principal advisor on military matters to the prime minister and defence minister, and to coordinate ‘jointness’ between the three services, amongst other sundry responsibilities.

According to the IAF spokesman, ACM Chaudhuri was ‘officiating’ as the CoSC, by dint of being the senior-most of the three chiefs, without the government having designated him as the ‘acting CoSC’.

In military officialese, there is a major difference between ‘acting’ and ‘officiating’ and presumably, the IAF chief, by dint of his seniority, had adopted the latter configuration.

Though primus inter pares (first amongst equals) to the other two service chiefs, the CoSC, unlike the CDS, does not wield any additional power and is assisted in his duties by the Integrated Defence Staff (IDS) that came into being in October 2001.

The IDS was created to function as the secretariat of the future CDS who, in the guise of General Rawat, assumed office 19 years later. And like the CoSC, the IDS, too, is headed in rotation by an officer from one of the three services, albeit of three-star rank.

“By not appointing a CDS for so long, and not even confirming ACM Chaudhuri as the acting CoSC, the government is displaying a cavalier casualness towards the country’s higher defence management,” said a two-star Indian Navy (IN) officer.

“This glaring hiatus at the top of the military chain of command also comes at a time when India’s 28-month long military stand-off with the Chinese along the disputed Line of Actual Control in Eastern Ladakh endures, as does the armed forces materiel-related problems with its Russian-origin equipment, precipitated by the US-led sanctions on Moscow for invading Ukraine,” he added, declining to be named.

A critical position with myriad responsiblities

An assemblage of the CDS’s plethora of responsibilities reveals just how critical the position is. Other than being the permanent CoSC, the CDS was also secretary of the newly-created Department of Military Affairs (DMA), all of which were collectively tasked with managing and re-orienting India’s armed forces.

The CDS was also designated military advisor to the defence minister and to the tri-service Nuclear Command Authority, and was a member of the Defence Acquisition Council overseeing and prioritising materiel purchases. He was also tasked with propagating atmanirbharta (self-sufficiency) in indigenising the manufacture of defence kit to reduce imports, and for rolling out the contentious Agnipath tour-of-duty scheme for personnel below officer rank into the military.

This latter policy had provoked countrywide protests and widespread arson in eastern and northern India, in addition to creating diplomatic fissures with Nepal in conscripting Gurkha soldiers into the Indian army.

Other veterans, meanwhile, said not appointing a CDS also jeopardised the optimisation of scarce military resources and battlefield assets by fostering jointness between the three services and creating Integrated Theatre Commands by the 2023-24 deadline set by General Rawat last year. The furtherance of the tri-service special forces, cyberspace and space commands to counter emerging threats, too, awaited the CDS’s definiteness, and so did the prudent utilisation of respective service annual budgets and furtherance of intra and inter-service network-centric warfare.

However, with the CDS’s appointment seemingly in abeyance, the DMA’s continuance was also potentially problematic, official sources said, as it was functioning without its designated military head and under the aegis of the defence secretary.

Headed by a three-star army officer, the DMA’s remit included human resource management, overseeing civil works or construction of the armed forces’ residential, office and other buildings, and parliamentary affairs. Ministry of Defence (MoD) sources told The Wire that since its inception in early 2020, the DMA has experienced personnel attrition, with several senior civilian officers seconded to it either leaving or seeking transfers as they found their tasks ‘mundane, marginal and peripheral’.

Delivering the Field Marshal K.M. Cariappa memorial lecture in 2000, Subrahmanyam – who was the father of external affairs minister S. Jaishankar and who also headed the Kargil Review Committee – declared that there was “no clear understanding among our leaders, our political class, our bureaucracy, business establishment and intellectuals regarding the nature of the country’s security problems”. 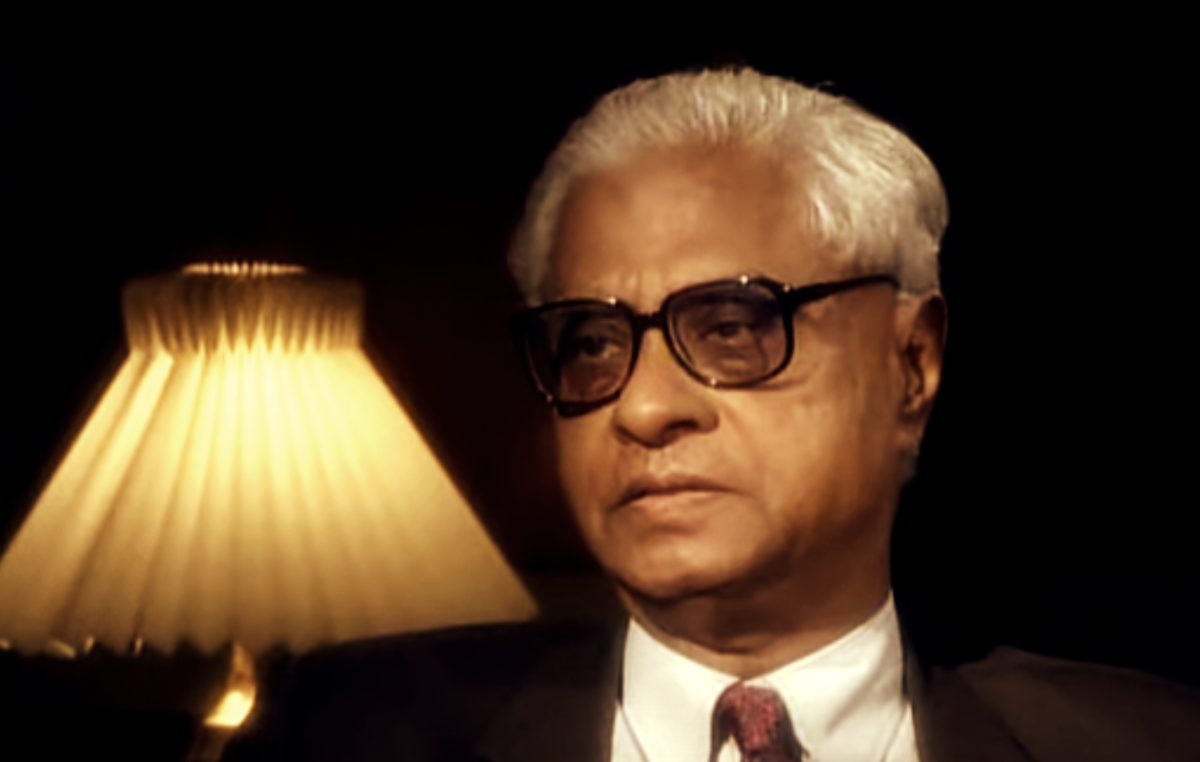 The no-nonsense Subrahmanyam severely castigated the lackadaisical and “lotus-eating” attitude of the generalist civil service and the military in this regard. He tellingly stated that the MoD had “burdened itself with the house-keeping functions of the armed forces”, which were best left to them, and was not conditioned and trained to think through long-term international and national security issues.

Therefore, he went on to state, in a situation that remains germane even today, there was not sufficient awareness in the government that India was simply not “equipped to plan long-term national security policy”.

One of the most difficult challenges India faced, Subrahmanyam declared in his withering attack during Prime Minister Atal Behari Vajpayee’s second term, was the general indifference to security on the part of the country’s elite, and that all these shortcomings had become all the more stark after India emerged as a nuclear weapon state in May 1998.

Little had changed in the intervening period, except that the first CDS was appointed, but it seems none is expected thereafter.