How Chhattisgarh Was Able to Contain the Coronavirus

The state's success is not only about political wish and under the radar operation, but also about a set of officers, doctors and medical professionals who have diligently gone about their work with uncommon dedication. 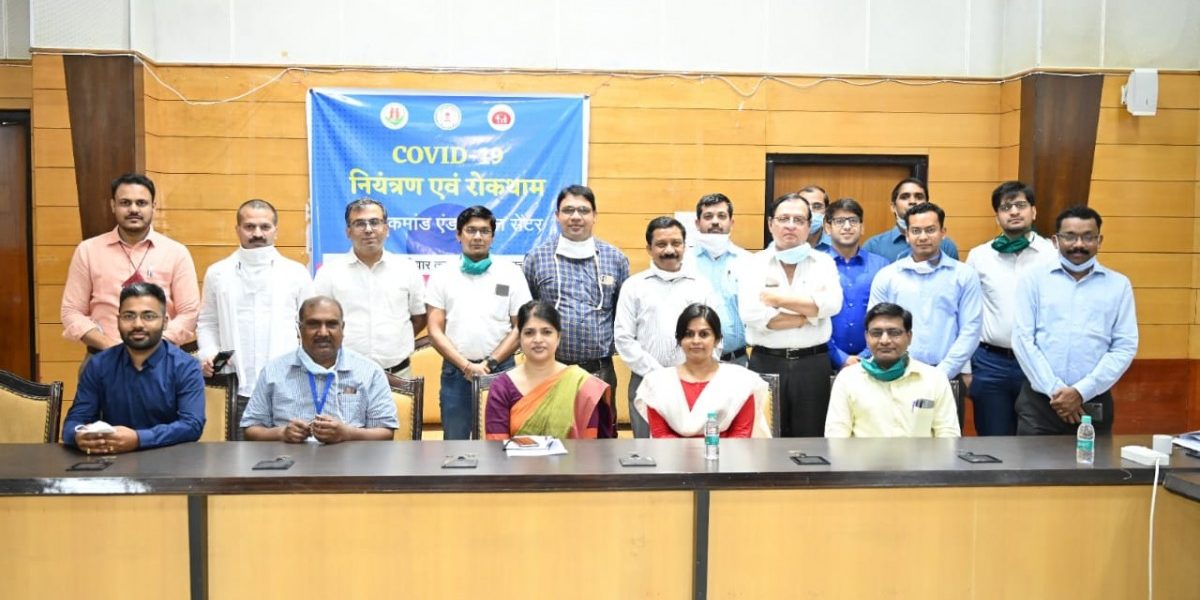 Raipur: On April 30, there were many students and their parents outside the border checkpost near Chilfi valley, which separates Chhattisgarh and Jabalpur in Madhya Pradesh. After the end of the second phase of lockdown, anxious parents from Chhattisgarh wanted their children back home. Chief minister Bhupesh Baghel had issued strict directions not to allow anyone into the state. The parents approached Kamal Nath, who called up Baghel but the latter politely refused to let the students back.

The state’s health minister T.S. Singhdeo was in Bombay, where his sister-in-law was getting tested for cancer, when the lockdown was suddenly announced on March 24. He took a chartered flight back the next day, quarantined himself for 14 days but immediately set about organising his department’s COVID-19 control HQ. He continuously addressed and monitored the situation on an hourly basis through video calls from his house. And still does to this day.

But the story of Chhattisgarh’s success in controlling the pandemic – less than nine cases in the first two months and no deaths – is not only about political wish and low profile, under the radar operation, it’s also about a set of officers, doctors and medical professionals who have diligently and methodically gone about their work with uncommon dedication. Led by health secretary Niharika Barik Singh, the state had protected its citizens with a zeal bordering on devotion. Things have changed a little after migrants were allowed to return and the borders had to be opened.

Now, the number of cases in the state has gone past a thousand, though the number of active cases remains under 900. The spike has come in the past two weeks, with most patients being returning migrants or their family members. Considering that 46 trains have brought in 17,000 migrants and flights have brought in another 4,000, and another estimated 50,000 have arrived by road, the number of people who are testing positive is minuscule. This is because processes had been put in place much in advance. While these numbers have been made available by the government, it is estimated that close to 4.5 lakh workers migrate out of the state for work and nearly 2.5 lakh have returned, mostly after the second lockdown phase.

Chhattisgarh, unlike Kerala, does not have the advantage of a huge number of trained hospital staff and nurses. Neither does it have a well-stocked district and primary health centre networks. Nor is it very rich in resources in the private sector health delivery.

“Very early on, I had decided that our only chance was prevention. Testing, distancing, contact tracing and systemic isolation of patients and suspected cases,” says Barik Singh. It began as early as February 3, when she returned from a coronavirus related conference in Delhi and immediately ordered the setting up of a 100-bedded isolation facility near the Raipur airport. Her cheerful second in command, Priyanka Shukla, followed up on each instruction and ensured delivery. Together, they built a team of departmental officials who were immediately set up in the central command centre chosen by Singhdeo at the centrally located Circuit House. 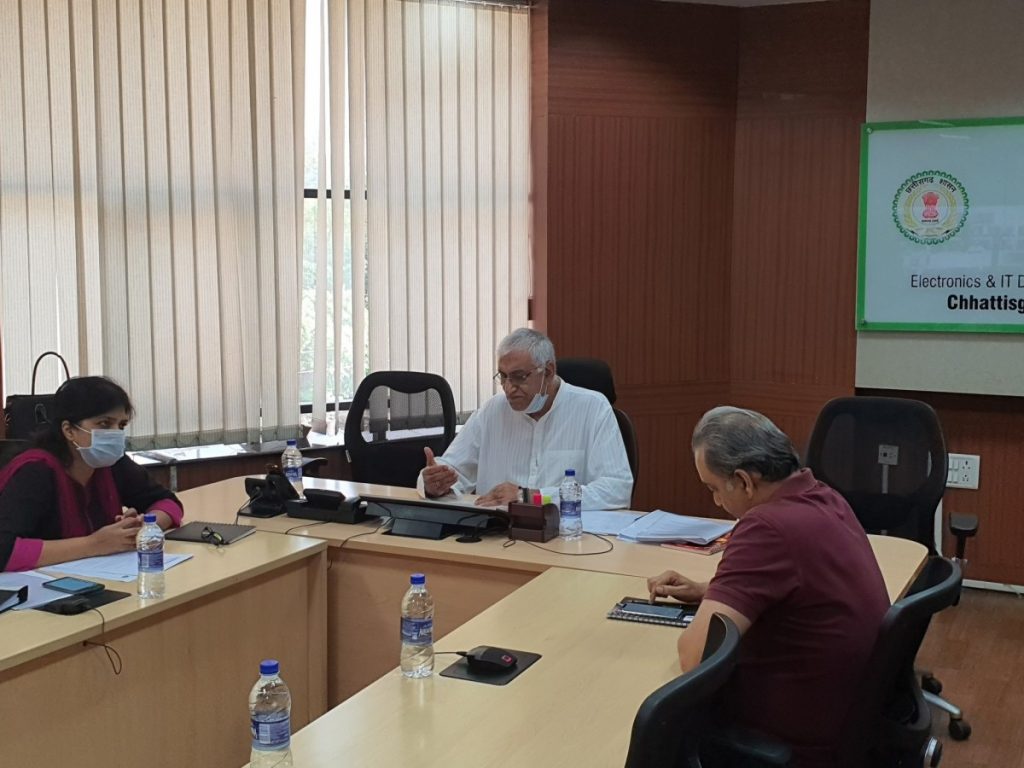 The command centre started collecting all the available data and information, from district collectors and CMO officials. It also started sending instructions and guidelines to everyone on the coronavirus and how to take preventive measures, to increase awareness. In the early days, not much was known at the ground level, so Barik Singh’s team weaned out all available information and instruction from the Internet. District collectors were guided on how to set up isolation centres, how home quarantine can be ensured and eventually, designating hospitals and wards for COVID-19 patients. Partnering her is the indefatigable team of doctors at AIIMS, Raipur which does the testing as well as treatment.

As cases spike, efforts stepped up

When cases began increasing, she stepped up efforts by taking over the 100-bedded Railway Hospital in Bilaspur and 50-bedded hospital in Raipur. A hundred bogies provided by the Railways have also been turned into wards which can accommodate up to 1,800 patients. The biggest facility, however, has been planned at the indoor stadium in Raipur, where nearly 3,000 patients can be admitted. Everything from beds, plyboard partitions to slippers and clean toilets have been planned for the patients.

The early success was no fluke. Barik Singh’s team weaned out passenger lists from all airlines for as far back as January 2020. They also approached the local passport office and got a list of 3,000 passengers who had returned from abroad and then travelled to Raipur from various international airports. All of them were tracked down and then tested. They were compulsorily quarantined at home and a couple of them who had returned from London were found to have contracted the coronavirus and were admitted in AIIMS. The lengths to which precautions were taken can be gauged from the fact that Barik Singh also ensured that passengers who sat near these two patients were also quarantined.

The same practice was followed for those who attended the Tablighi Jamaat in Nizamuddin. About two dozen people who had returned from the Markaz and gone to the Katghora town, where some other people also contracted the virus. The entire locality of about 1,500 people was contained for 15 days. The result was that not a single death occurred over a two-month period. About nine people have now lost their lives in the past week, but the number of returning migrants for the forthcoming Kharif season is so great that there is only so much a tiring administration can now do.

Every morning, Barik Singh leaves her home at 10 am after a frugal breakfast eaten alone in the guest room of her official residence. She holds a meeting with her entire team and reviews the status at the command centre at 11 am without fail. She then speaks to every one of the 27 district collectors, either on phone or through video conference. Singhdeo joins the meeting when he is in town. Not only is the situation and patient count reviewed, it is meticulously compiled and transparently relayed to every media outlet on a daily basis. The health secretary’s team has held out over more than two gruelling months. 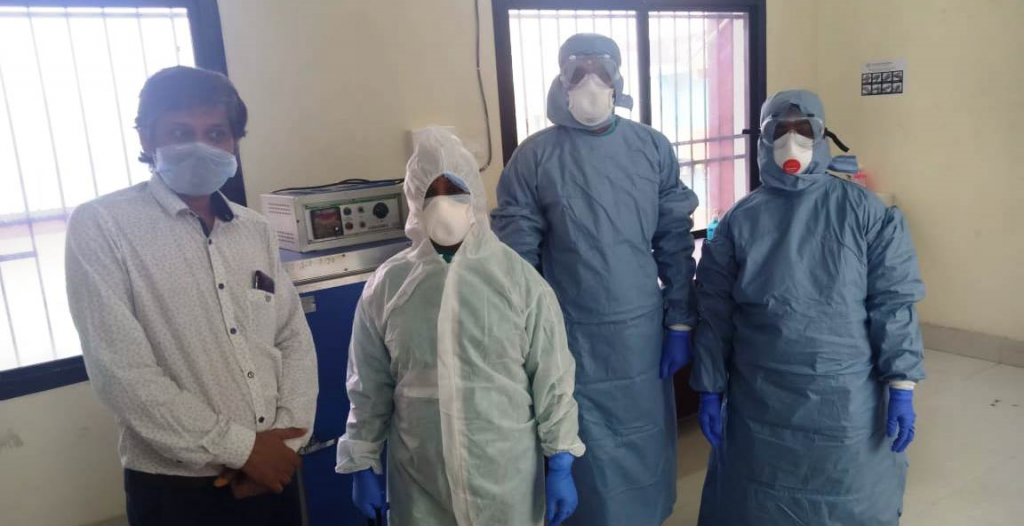 She returns home later at night. Her food is kept on the table in the guest room. She has not entered the main house nor held her teenaged daughter for months. She keeps a safe distance from her husband and parents—the latter fall in the vulnerable group owing to their age and immunity issues. Being in the thick of things, she is particular about following the advice she hands out to others. The entire command centre is sanitised almost on an hourly basis and every precaution from masks to safe distance is followed. No one from the health department has contracted the virus so far, unlike in other states.

“The lockdown has been lifted, migrant workers have returned and the cropping season has started, we are bound to see more cases now and this will be the real test of our preparation,” she says. Nevertheless, what she and her team have achieved with quiet dedication and detailed planning as opposed to cribbing over lack of test kits and facilities should be a guide to other states struggling to contain the virus.