They were picked up for holding the protest without permission, police said. 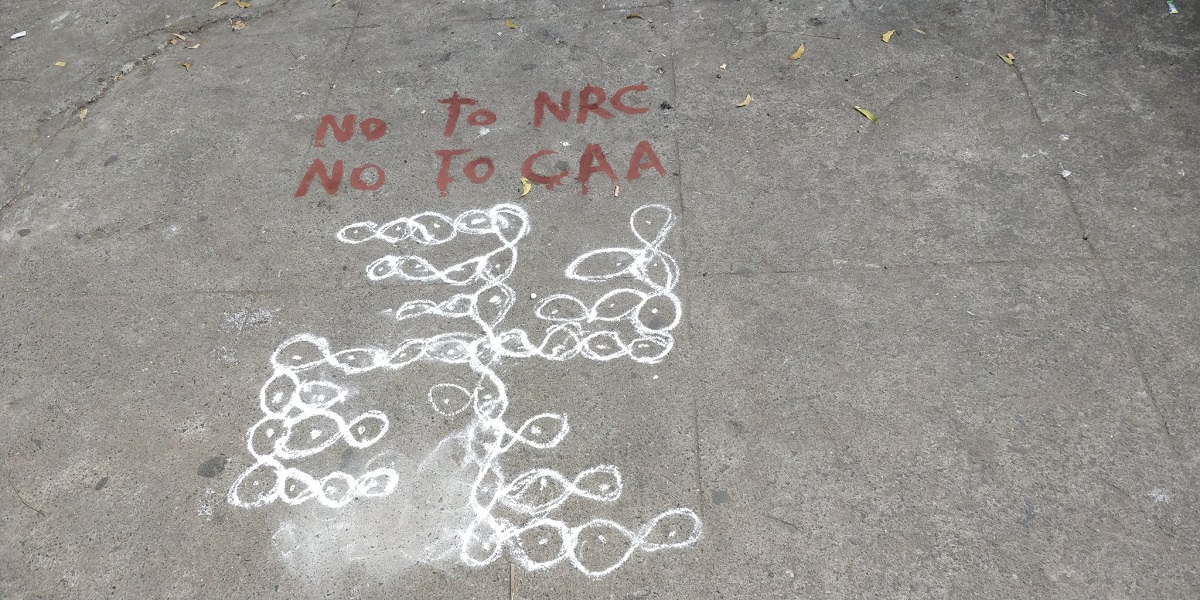 The rangoli drawn by the protestors. Photo: Twitter/@gayatrikl

They were picked up for holding the protest without permission and causing inconvenience to others, a senior police official said adding they were later let off.

Protests against the Citizenship (Amendment) Act (CAA) are continuing in several parts of Tamil Nadu for the past several days.

On Sunday, the group of eight held a protest in the Besant Nagar locality of South Chennai.

They used the kolams to express opposition to the CAA and National Register of Citizens and National Population Register and raised slogans “No to NRC” and “No to NPR” before police took them into custody.

“We warned them and later let them off,” the police official added.

Those detained alleged they were manhandled and said their phones were snatched by the police.

7 including a boy has been detained by Chennai police for staging Kolam(Rangoli) protest against #CAA_NRC_NPR in Besant Nagar. pic.twitter.com/nwkXw08FVN