Centre's 'One Last Notice' to Twitter to Comply With IT Rules

The Centre said failure to adhere to the norms will lead to the platform losing exemption from liability under the IT Act. 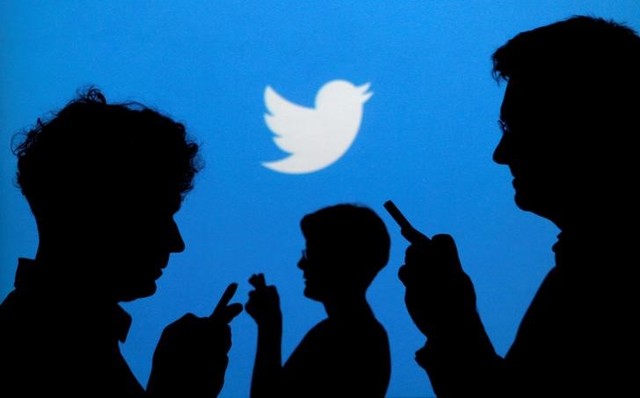 People holding mobile phones are silhouetted against a backdrop projected with the Twitter logo in this illustration picture taken in Warsaw. Credit: Reuters/Kacper Pempel/Illustration/File Photo

New Delhi: The government on Saturday issued a notice to Twitter giving it one ‘last chance’ to “immediately” comply with the new IT rules and warned that failure to adhere to the norms will lead to the platform losing exemption from liability under the IT Act.

The Ministry of Electronics and Information Technology (MeitY) said that Twitter’s refusal to comply with the rules demonstrated the site’s “lack of commitment and efforts towards providing a safe experience for the people of India on its platform”.

“Despite being operational in India for more than a decade, it is beyond belief that Twitter has doggedly refused to create a mechanism that will enable the people of India to resolve their issues on the platform in a timely and transparent manner and through fair processes, by India based, clearly identified resources,” the IT ministry said.

The ministry said that though with effect from May 26, 2021, “consequences follow” given Twitter’s non-compliance with rules “however, as a gesture of goodwill, Twitter Inc is hereby given one last notice to immediately comply with the rules, failing which the exemption from liability available… shall stand withdrawn and Twitter shall be liable for consequences as per the IT Act and other penal laws of India”.

The notice, however, did not mention a specific date to comply with the rules.

The IT ministry in its notice observed that the world’s largest democracy had been among the first countries in the world, outside the parent country of Twitter Inc, to enthusiastically adopt the microblogging platform.

“Users who are abused on the platform or are harassed or are subject to defamation or sexual abuse or become victims or a whole range of other abusive content must get a redressal mechanism that the same people of India have created through a due process of law,” the IT ministry asserted.

The people of India, who use Twitter, “deserve and demand” a fair mechanism to address their grievances and resolve their disputes, it said.

“Leave alone proactively creating such a mechanism, Twitter Inc is in the inglorious bracket of refusing to do so even when mandated by law,” the ministry said in its notice to the company.

MeitY further confronted Twitter saying it was dismayed to note that the platform’s responses to its letters neither address the clarifications sought, nor indicate full compliance with the rules.

“It is clear from your responses that till date Twitter has not informed about the details of the Chief Compliance Officer as required under the Rules,” it said.

The ministry has made it clear to Twitter that such non-compliance will lead to “unintended consequences” including Twitter losing exemption from liability as intermediary under the IT Act.

Twitter has an estimated 1.75 crore users in India, as per data cited by the government recently.

The row over Twitter’s handling of certain messages had recently blown up into all-out war of words between the Centre and the social media platform.

The government had earlier slammed Twitter’s remarks on alleged intimidation and threat to free speech and said that the microblogging platform had sought to undermine India’s legal system, through its actions and deliberate defiance. The IT ministry had termed the company’s stance as an attempt to dictate terms to the world’s largest democracy.

Twitter had previously drawn flak after it marked several tweets by ruling BJP leaders on an alleged strategy document of Opposition to target the government over COVID as containing ‘manipulated media’, triggering a sharp rebuke from the government.

The government had earlier asked Twitter to “stop beating around the bush” and comply with laws of the land.

The microblogging site on Saturday removed and later restored the verified blue tick on the personal account of Vice President M Venkaiah Naidu.

Officials of the Vice President Secretariat said the personal Twitter handle of Naidu was inactive for a long time and the Twitter algorithm removed the blue badge.

The new IT rules for social media companies that came into effect last month mandate large platforms like Facebook and Twitter to undertake greater due diligence and make these digital platforms more accountable and responsible for the content hosted by them.

The rules also require significant social media intermediaries – providing services primarily in the nature of messaging – to enable identification of the “first originator” of the information that undermines the sovereignty of India, the security of the state, or public order. The new IT rules require significant social media intermediaries – those with other 50 lakh users – to appoint a grievance officer, nodal officer and a chief compliance officer. These personnel are required to be resident in India.

Under the new rules, social media companies will have to take down flagged content within 36 hours, and remove within 24 hours content that is flagged for nudity, pornography etc. The Centre had said the new rules are designed to prevent abuse and misuse of platforms, and offer users a robust forum for grievance redressal.

Non-compliance with the rules would result in these platforms losing their intermediary status that provides them immunity from liabilities over any third-party data hosted by them. In other words, they could be liable for criminal action in case of complaints.