In the backdrop of the grave financial crisis that state governments are facing currently, Kerala finance minister K.N. Balagopal said his state's net borrowing limits have reduced by Rs 4,000 crore. 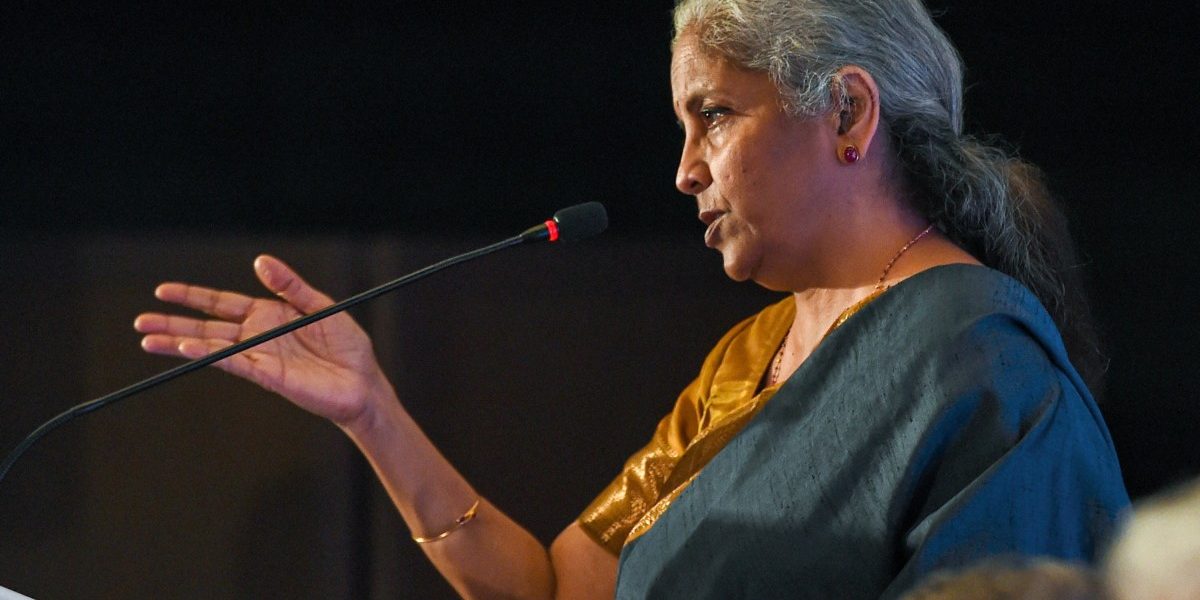 K.N. Balagopal, the Kerala finance minister, recently wrote a detailed letter to the Union finance minister Nirmala Sitharaman in the backdrop of the grave financial crisis that state governments are facing currently. The letter states that the Union Ministry of Finance has arbitrarily, in the name of off-budget borrowing, made a reduction of approximately Rs 4,000 crore in the net borrowing limits of the state.

According to Balagopal, in all, the Kerala government alone would have to contend with a reduction of Rs 23,000 crore in the financial resources available to it for financing the budget in the current financial year, which would seriously impact the government’s ability to finance its welfare expenditure, including for targeted schemes for the poor, for housing, education, and healthcare.

The letter also raises some serious issues with respect to the governing dynamics of Centre-state federal relations when it comes to allowing autonomy to states like Kerala to manage their own fiscal position vis-à-vis the Centre, and with respect to the constitutional interpretation of clauses provided under Article 280, often referred to by the Finance Commissions for regulating sub-national borrowings.

“Article 293(3) of the Constitution fetters the state’s power to raise loans. Under this provision, if there is still any part of a loan made to the State by the Government of India or in respect of which the Government of India has given a guarantee, State is forbidden from raising ‘any loan’ without the consent of the Union Government. The words ‘any loan’ in this chapter must be read in light of the accepted canons of Interpretation of Statutes.”

In simple terms, the words ‘any loan’ appearing in Article 293 (3) must be read as any loan advanced by the Union government. This was reasonably well settled in the 1987 Supreme Court judgment of Chandra Mohan vs State of UP (1966). Any different interpretation of the words ‘any loan’ would cut at the root of the nation’s federalist core, which is part of the basic structure of the constitution.

The Union government’s coercive attitude remains consistent in its treatment – and interpretation of clauses – with other non-BJP ruled states too. Recently, the Telangana and Tamil Nadu governments too made similar observations about the need to preserve constitutionally safeguarded state-autonomy in being able to manage its fiscal priorities (including for borrowings made).

Article 283(2) confers on the states the powers of regulating its Public Account under law made by the legislature of the state. The Public Account of the states reflects its “internal financial transactions where constitutionally the State plays the role of a banker to itself.” As Balagopal rightly argues:

“..Without a valid legal or financial basis, Government of India, by deciding to arbitrarily exclude amounts in the Public Account in assigning the net borrowing ceiling, has attempted to make serious inroads into the constitutional financial powers of the State Governments while at the same time seriously impairing the ability of the State to manage its liquidity from time to time.”

This seems contemptible and is likely to lead to longer term conflicts in the federal relations between other BJP and non-BJP ruled states.

Another key bone of contention for state governments is the fact how the (Union) Ministry of Finance has now stipulated that along with balances maintained in the Public Account of a state government, all borrowings of state government entities receiving budgetary support from the state budget will also be taken into consideration while setting the borrowing limits of the respective state government.

While the Union government has failed to consistently share its outlay-ed plan of fiscal compensation (from GST and other sources) with most states, it is now imposing additional restrictions to minimise state-capacity to borrow to finance their needs, through differed interpretations of existing constitutional provisions. At the same time, it does not impose any such limits on its own borrowings by taking into account the borrowings of the agencies set up by it.

Further, the scope of Article 293(3) and (4) are limited to the state as defined under Article 1 (1) of the constitution. It cannot be extended to include the debt of government agencies, including companies and statutory bodies. It must also be emphasised how under the given federal-state financial architecture in the constitution, the constitutional structure for making any such recommendations is the Finance Commission.

“None of the previous fourteen Finance Commissions have made any such recommendation that could serve as the basis for the decision made by the Department of Expenditure. It would be (therefore) wrong to interpretatively and selectively use Article 293(3) to undermine the federal character of the Constitution.”

To put into context, it must be realised that during most of the last two years, despite a pandemic wreaking havoc on almost all states’ fiscal positions, exacerbating the public debt levels of states and that of the Union government, the Modi government offered little direct support for the most affected state governments to meet their financial needs.

Any assistance offered was in the form of liquidity support with the opportunity to borrow through the RBI or Centre, if the need arises. As we see from Balagopal’s letter here too, the loss of (fiscal) autonomy to state governments is further likely to make state governments even more skeptical of any Union-offered support, which is unfortunate, given the troubling macro numbers available on Union and state-deficits, debt, and other liabilities (see below). As Pinaki Chakraborty argues in EPW, on the fiscal consolidation story between 2020-21 (the first year of the COVID-19 pandemic) and 2022-23, the fiscal challenges for the Union-states have eased but remain present as they navigate economic recovery in uncertain times. The reasons are many.

First, it is difficult to predict the impact of the ongoing war between Russia and Ukraine on the fiscal situation as we move to the fiscal year 2022–23. Second, between 2020-21 and 2022-23 (BE), the reduction in the revenue deficit has been substantial, that is, from 7.3% to 3.8% of the GDP. Third, compositionally, revenue deficit continues to be more than 55% of the fiscal deficit and management of such a deficit has a few important considerations for revenue expenditure, that is (i) interest payments and (ii) allocation under various centrally sponsored and central sector schemes. In 2021-22 (RE), interest payment is 25.7% of the revenue expenditure and 39.14% of revenue receipts.

As a percentage of the GDP, it increased from 3.1% to 3.6% of the GDP during 2012-13 to 2022-23 (BE). This implies corresponding reduction in the fiscal space for primary expenditure for discretionary development spending. Within the discretionary development spending, changes in allocation within the centrally sponsored schemes’ (CSSs) basket receive a great deal of attention after every budget.

However, the fundamental point, as per Dr. Chakraborty, is that resources flow to the states in the form of CSSs are still substantial. Aggregate allocation under centrally sponsored and central sector schemes as per the 2022-23 (BE) is 3.83 lakh crore and the interest payment cost of the union government is 9.56 lakh crore. Beyond scheme-wise allocations, it is also important to consider the CSS allocation as an issue of macro-fiscal management at the union and state levels, especially when it is contributing to a high revenue deficit of the union government and binding state resources for matching contributions, thereby increasing states’ deficit.

In managing the swelling fiscal deficit and public debt levels (including of fiscally weak states), the public expenditure composition and fiscal priorities must be more clearly understood, due to differed constitutional assignment of functions for the Union and state governments. Most redistributive expenditures – critical for welfare outcomes – are in the functional domain of states.

A contraction of such expenditure at the state level can have adverse distributional consequences, with a regression being already observed in performance outcomes state-level performance on access to education, healthcare, social security, particularly for the vulnerable and marginalised sections. Welfare driven expenditure needs aren’t part of ‘revdi’ politics but more about securing a government’s basic responsibility to its people and the larger citizenry.

Hence, state governments (irrespective of their party affiliation) need all the support they can get at this point to either borrow ‘more freely’ under a mutually agreed fiscal roadmap for their developmental needs, or be otherwise supported to manage their finances on their own, or through borrowing financed support offered by the Union government.

In either of the scenarios, fiscal cooperation and transparent functioning is vital for protecting state’s fiscal space and enhancing macroeconomic stability. There is no room for an ‘ad hoc’ ‘arbitrary’ decision making mechanism, nor selective partisan constitutional interpretations, which might trigger more direct confrontation between State governments and the Union Ministry of Finance going forward.