The move has come within weeks of former Union minister and senior BJP leader Yashwant Sinha demanding that the Centre initiate peace talks in the Valley. 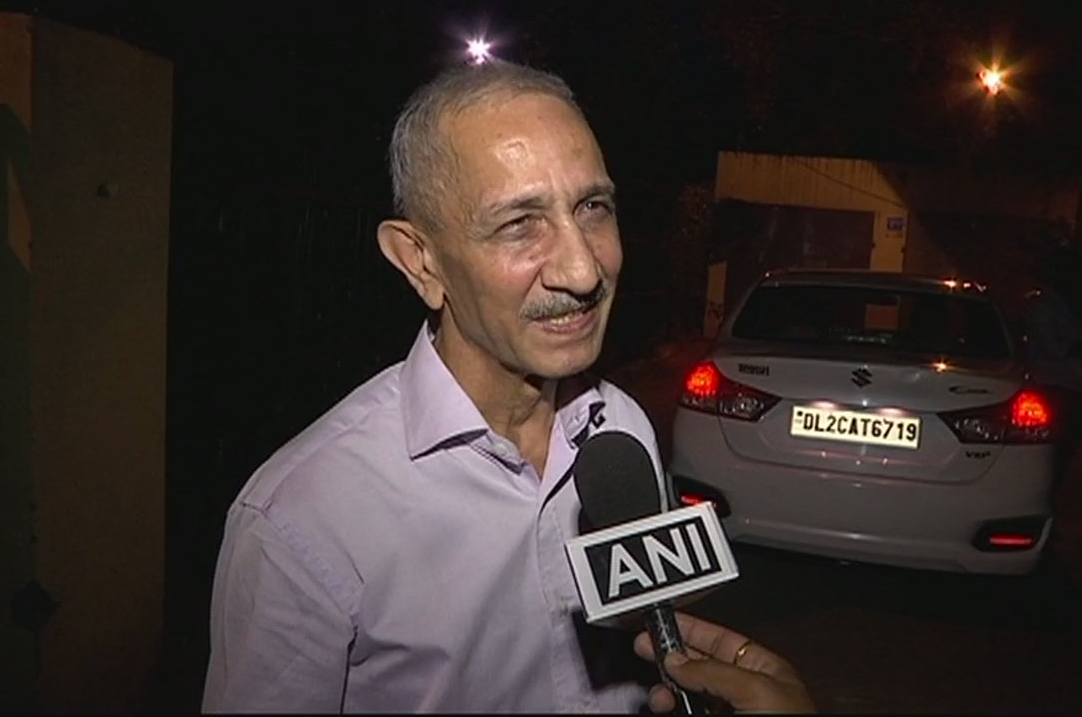 New Delhi: Union home minister Rajnath Singh’s announcement appointing former Intelligence Bureau director Dineshwar Sharma as its “special representative” in Kashmir, comes within weeks of senior BJP leader Yashwant Sinha demanding that the Centre initiate talks in the Valley. The home ministry that said the move was to start a “sustained dialogue” process with all stakeholders, has however overlooked Sinha’s key demand – that the process be made time-bound, otherwise it would not evince the kind of interest it should.

Sinha has been at the forefront of engaging all stakeholders in the state and led several delegations of civil society representatives there since the killing of Hizbul Mujahideen militant Burhan Wani led to a major uprising in July 2016. Sinha had categorically demanded that any dialogue process that the Centre undertakes should be time bound or else it will not encourage people of the state to participate actively.

Earlier, in an interview to The Wire, Sinha had also explained why India’s policy from Kashmir to Pakistan was wrong. The group of concerned citizens led by him had also urged the Centre to start talks in Kashmir saying “recent statements hold promise for the Kashmiris“.

The demand for a time-bound approach appears to have been deliberately overlooked by the Centre. The home minister, while noting that Sharma has been tasked with the responsibility to hold talks with all sections of people and organisations, made it clear that no time-frame has been set for him “as the issue was sensitive”.

Holding the rank of cabinet secretary, Sharma would be at liberty to speak to whosoever he chooses, Singh said, while replying to a query on whether he would also hold talks with the Hurriyat Conference. He will be leading the fourth official initiative of the Centre to hold dialogue with all stakeholders in Kashmir.

In the past, former Union minister K. C. Pant, former bureaucrat N. N. Vohra, who is now governor of the state, and a three-member panel comprising former bureaucrat M. M. Ansari, academician Radha Kumar and late journalist Dileep Padgaonkar have led the process in the state.

Taking questions on whether 1979-batch Indian Police Service officer Sharma was competent enough for the job, considering many luminaries had earlier failed in achieving tangible results, the home minister said:

“What’s wrong in that. He is an apolitical person having no political affiliation which is his greatest advantage. Besides he is well aware about the internal security situation of the country.”

On whether the recommendations of the latest group would also meet the fate of their predecessors, Singh said: “Please take it from me that whatever we do, we will do with saaf neeyat aur neeti (good intentions and clear policy).”

He also demanded that the initiative not be pre-judged. “Our announcement shows how serious we are about initiating dialogue,” he said, adding that “the Centre has shown conviction and consistency on the Kashmir issue and carrying forward this policy, we have decided to begin a sustained dialogue policy for Jammu and Kashmir.

Singh noted that the move was also in line with Prime Minister Narendra Modi’s address from the Red Fort on independence day, where he had stated that the problem of the state could be solved “neither by bullet, nor by abuses but by embracing the people”.

Singh said the decision of the special representative has been taken after holding a “series of meetings” with various political parties. He insisted that all of them were “clear that the process of dialogue should begin in the Valley.”

The Congress however was quick to criticise the latest initiative of the Centre. Its senior leader and former Union minister P. Chidambaram tweeted: “With appointment of interlocutor, I hope government has finally admitted ‘muscular approach’ has failed in J&K.”

With appointment of interlocutor, I hope government has finally admitted 'muscular approach' has failed in J&K.

He further said that the initiative was a victory for those who had all along been advocating a political solution in the state as the government has been forced to change its approach from “No talks” to “Talks with all stakeholders”.

Another senior Congress leader Manish Tewari said the appointment of the special representative was indicative of realists prevailing over the hawks in the government.

Aptt of interlocutor in J&K is indicative that realists in Govt have prevailed over Hawks.Hard Power is not an end but means towards an end

However, Jammu and Kashmir chief minister Mehbooba Mufti lauded the move through a series of tweets. She said the initiative was the need of the hour and in keeping with the prime minister’s assertion on how Kashmir’s problem could only be resolved through sustained dialogue with stakeholders in the state.

Welcome the initiative of Union Government, appointing an interlocutor for leading a sustained dialogue with stakeholders in Jammu & Kashmir.

Dialogue is a necessity of the hour and the only way to go forward.