Why Haven't All Vacancies in Central Information Commission Been Filled: RTI Activists

Despite 37,000 cases pending before the panel, three vacancies would still remain after the recent round of appointments.

as the chief information commissioner of the Central Information Commission (CIC).

Stating that the appointment of Sinha, who was administered the oath of office by President Ram Nath Kovind on Saturday, and the appointment of three other information commissioners to the CIC was a “welcome” move, since the Commission was earlier headless and working at less than 50% capacity, Anjali Bhardwaj and Amrita Johri of Satark Nagrik Sangathan said this was “seriously affecting the functioning” of the panel. 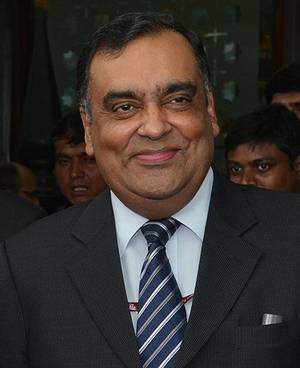 Disappointment at all posts not being filled

The rights activists said they were, however, disappointed that all vacant posts have not been filled in the CIC. Following the retirement of the chief of the CIC, Bimal Julka, on August 26, 2020, and another commissioner demitting office at the end of September 2020, as many as six posts, including that of the chief, were lying vacant.

Even after four posts have been filled, three vacancies still remain, as Sinha was earlier serving as the information commissioner in the Commission.

“Three more vacancies in the posts of information commissioners persist. It is unfortunate that despite vacancies arising due to routine retirement of incumbent commissioners, the Central Government has been consistently failing in ensuring timely appointment of commissioners,” they said in a statement.

They pointed out that over 37,000 appeals and complaints are currently pending before the CIC and that the appointments have been made after an application for urgent hearing was moved before the Supreme Court.

The petitioners in the case before the Supreme Court also highlighted that the directions of the apex court for making the appointment process transparent were violated.

The Supreme Court, they said, had in its February 2019 judgment given comprehensive directions to ensure transparency in the appointment process (Anjali Bhardwaj and Others vs Union of India and Others). “It directed that the names of the members of the search and selection committees, the agenda and minutes of committee meetings, the advertisement issued for vacancies, particulars of applicants, names of shortlisted candidates, file notings and correspondence related to appointments, be placed in the public domain,” they said.

Further, the two activists said, the court in its final directions also noted, “it would also be appropriate for the Search Committee to make the criteria for shortlisting the candidates, public, so that it is ensured that shortlisting is done on the basis of objective and rational criteria.”

Barring advertisement, other information not in public domain

They said contrary to what the apex court desired, only the advertisement for vacancies was made available in the public domain. The other information, including the criteria, was unknown.

In fact, they added, the Department of Personnel and Training (DOPT) even denied this information under the RTI Act, stating that, “The information relating particulars of the candidates applied is exempted under section 8(1)(j) of RTI Act, 2005. As the process of selection is yet to be completed, it would not be conducive to furnish such information in the manner it is sought. No such practice is followed in any other equivalent high Level appointments of Government.”

“The denial,” Bhardwaj and Johri insisted, “is not in keeping with the law as there is no provision under the RTI Act to deny information merely because the selection process is underway, especially in light of the fact that there are specific directions of the Supreme Court on transparency in the process of appointment.”

The activists also charged that the lack of transparency in the selection process for appointments to the CIC raised doubts in the minds of the public and undermined faith in the institution.

They also raised the issue of the leader of opposition Adhir Ranjan Chowdhury giving a dissent note during a meeting of the Selection Committee, which is chaired by the prime minister, and raising the issue of non-compliance with the Supreme Court directions. He also highlighted that one of the information commissioners who has been appointed, had not even applied in response to the advertisement and his name was ‘sky-dropped’.