If Modi Govt Is So Big on National Security, Why Won't it Make Crucial Defence Appointments?

The post of Chief of Defence Staff has lain vacant for over five months, while Defence Secretary Ajay Kumar has been doubling as the Secretary Defence Production since November 2021. 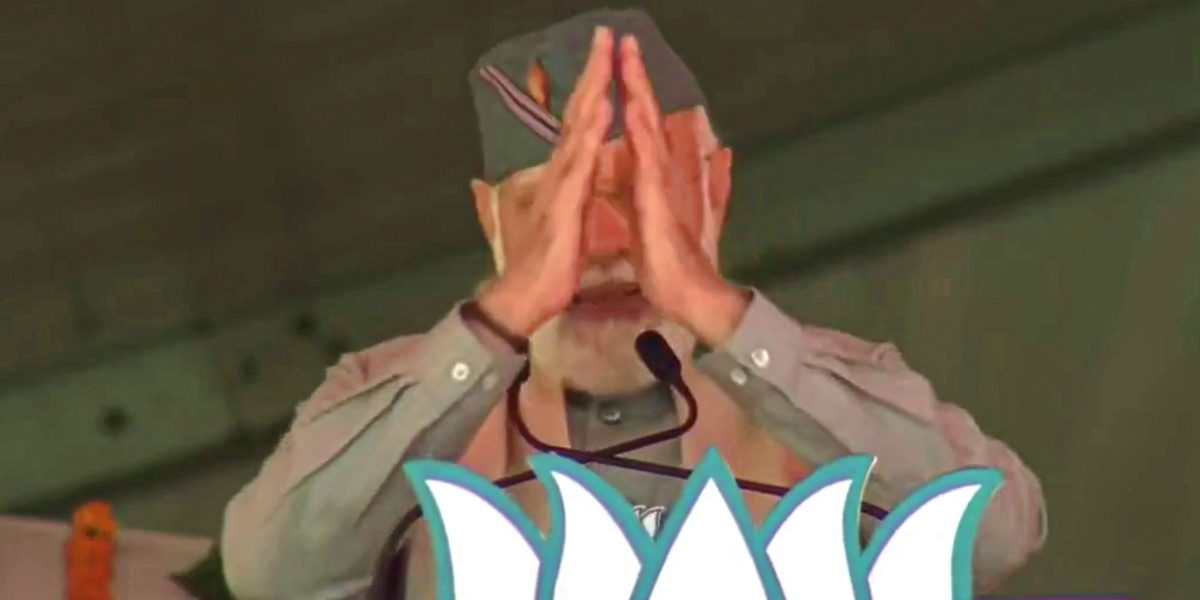 New Delhi: The overt muscular patronage expended by Prime Minister Narendra Modi’s Union government to the country’s military and the overall defence establishment appears to be in inverse proportion to the attentiveness it pays and the timeliness it displays in making critical appointments to both.

The post of Chief of Defence Staff (CDS) has lain vacant for over five months, after the incumbent General Bipin Rawat died in an Indian Air Force (IAF) helicopter crash in Tamil Nadu last December, while Defence Secretary Ajay Kumar has been doubling as the Secretary Defence Production since November 2021. The former assumed charge after Raj Kumar, the sitting Secretary Defence Production in the Ministry of Defence (MoD) was repatriated to his parent Gujarat cadre.

“Both positions are crucial, and not having filled these vacancies is a sign either of unconcern by the government or the lack of suitable candidates for either job, or possibly both” said a retired two-star Indian Army officer. Neither option reflects positively on the human resources available within the system or on the appointers, he stated, declining to be identified for commenting on such a delicate matter.

The urgency of nominating a new CDS has been repeatedly highlighted in security and military circles and in the media in recent weeks, at a time when India faces enduring challenges along its disputed borders with China and Pakistan.

The country’s military is also confronted with an incipient crisis brewing over equipment deliveries from Moscow, alongside back-up service, maintenance and spares for its predominantly Soviet and Russian materiel, following US-backed sanctions on Russia for invading Ukraine. These embargoes threaten to imminently jeopardise over 60% of Russian equipment in service with the Indian military.

Equally vital is the appointment of the Secretary Defence Production to further the government’s Atamanirbharta (self-reliance) initiative in military equipment in order to reduce import dependence, especially for replacements for Russian kit. According to the MoD website, the Secretary Defence Production is responsible for “matters pertaining to defence production, indigenisation of imported stores, equipment and spares, planning and control of departmental production units of the Defence Public Sector Undertakings”.

In short, Atamanirbharta is this missing Secretary’s remit.

And while there is no credible explanation as to why the CDS appointment has been continually delayed, some media reports have suggested that one reason could be that Prime Minister Modi remains ‘unimpressed’ with his service chiefs. Writing recently in Business Standard, military analyst Colonel Ajai Shukla (retired) declared that after attending his first Combined Commanders Conference (CCC) in Delhi in September 2014, the Prime Minister reportedly told some confidants that the country’s three military chiefs ‘were lacking in imagination’.

Colonel Shukla goes to state that the following year, the briefings the Prime Minister received from the service chiefs at the CCC in 2015 were, yet again, ‘hackneyed’ and resulted reportedly in Modi berating them for their lack of future vision.

The former army officer added that by 2018, a disillusioned Prime Minister’s Office (PMO) had lost interest in appointing a CDS, but after prevailing convincingly in the 2019 general elections, the Bharatiya Janata Party (BJP) government ended up vindicating its promise and selected General Rawat as the country’s topmost military officer in December that year.

But General Rawat’s untimely demise, Shukla declared, had relegated the matter back to the ‘start line’.

“It’s quite obvious by now that the delay in appointing a CDS infers the lack of a competent serving or retired service chief who the government believes can deal with the myriad responsibilities the post incorporates, of which securing tri-service jointness is the foremost,”  said a two-star Indian Navy (IN) officer.

This does not reflect well at all on the services promotion processes, he added, a state of being which ironically supports the Modi’s poor assessment of India’s service chiefs, as claimed by Shukla.

It’s an open secret in the services that armed forces promotions, in their complex pyramidical structure, often become brutal at higher levels, with a multiplicity of devious tactics employed by the officers concerned to secure more brass on their shoulders or gold thread on their sleeves and epaulettes. Hence, cunningly undermining rivals, using political leverage and resorting to other questionable tactics to get to the top of this precipitous pyramid were not unknown and, in recent years, have become even more dire and fierce.

The Faustian bargain between soldiers and politicians, too, had intensified, and its well known in military circles that many senior service personnel were increasingly identifying themselves with the Hindu nationalist BJP-led administration which, in turn, unashamedly sought to exploit military achievements for political gain. A host of senior serving and retired military officers acknowledge that since 2014, ‘political expediency’ has been factored into several of their tactical operational plans and wider strategic decisions.

The resultant symbiotic relationship has suited both parties.

Ruling party politicians had successfully exploited what passed for military gains to take on the election campaign trail, in order to project the BJPs robust handling of national security issues. In turn, the self-centred and pecuniary-minded soldiery, in most instances, was rewarded with promotions whilst in service or lucrative employment after retirement, or in some cases, both.

Meanwhile, one other explanation in the ‘fauji langar’ and in media reports over the postponement of the CDS’s appointment is the reported ‘rethink’ the government is considering over the overall responsibilities associated with this post, all of which had accrued to General Rawat upon his elevation.

As CDS, General Rawat was also secretary of the newly created Department of Military Affairs (DMA), permanent chairman of the Chiefs of Staff Committee and military advisor to the defence minister and to the tri-service Nuclear Command Authority.

Responsible for prioritising materiel procurement for all three services, the CDS was also a member of the Defence Acquisition Council, which monitors acquisitions and the overarching Defence Planning Committee, headed by the National Security Advisor (NSA) and responsible for delineating India’s military and security policies.

These reports had speculated that the government was considering divesting the CDS of the post of Secretary DMA, thereby relieving them of a bureaucratic and procedural workload and leaving them to concentrate exclusively on military matters. The commentaries had suggested that the possibility of making the three-star head of the tri-service Integrated Defence Staff as Secretary DMA, but operating under the CDS’s tutelage, was reportedly under governmental consideration.

They also speculated that procedures were being ‘tweaked’ to include the possibility of appointing retired four-star and even three-star officers as the CDS in a rank-conscious hierarchical milieu.

But some senior officers said that such a move, once again, revealed the haste in which the CDS appointment had initially been executed, with little thought given to detail and as to how the incumbent officer would, in reality, field his multiple responsibilities.

“Appointing the second CDS without explicitly delineating his operational and administrative responsibilities will only perpetuate a position which has revealed several drawbacks since it came into being,” said Amit Cowshish, former MoD acquisitions advisor. Clarity is desperately needed to make this work efficiently and the government has had five months in which to deliberate these issues, he added.

In the meantime, it is ironic that with repeated talk by the MoD of indigenising India’s military needs, alongside multiple incentives and joint ventures in the pipeline, the Secretary Defence Production, who is the point person responsible for making it happen, has been simply missing for six months.

Most MoD and industry officials are agreed that there seems to be no dearth of civil servants to fill the vacancy; but perhaps in this instance too, like that of the CDS, there is a dearth of capability and talent on offer.