In a letter to Union finance minister Nirmala Sitharaman in June 21, and IRS official alleged Mody had put her under 'tremendous pressure' to drop 'proceedings' in a 'sensitive case'. 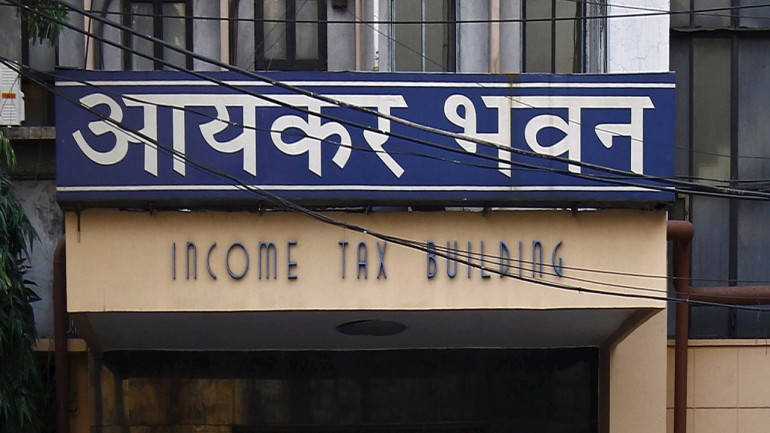 In what is an equally incriminating charge against the Narendra Modi government, the official said that the CBDT chairman tried to entice her to fall in line by claiming that he had secured the top position only because of a “successful search” operation against an opposition leader.

According to The Indian Express, the Chief Commissioner of Income Tax (Unit 2) in Mumbai, Alka Tyagi, whose office was handling some of the biggest corporate cases of India, alleged in her complaint to the Union finance minister Nirmala Sitharaman that Mody put her in “tremendous pressure” to drop “proceedings” in the “sensitive case”. She sent her complaint to the minister on June 21, less than a month after the Modi government was sworn-in.

She sent “an almost identical complaint” against Mody to the Prime Minister’s Office, the Central Vigilance Commission and the Cabinet Secretary, sources confirmed to the Indian Express.

Despite the complaint, the Union government extended Mody’s tenure for a year on August 29, 2019. It appears that Mody succeeded in shunting Tyagi out. On Thursday, Tyagi, who was supposed to take over as the Principal Chief Commissioner of Income Tax,  was posted to the National Academy of Direct Taxes in Nagpur as Principal Director General of Income Tax (Training).

Earlier this month, Tyagi had garnered attention nationally after a break-in was reported in her Mumbai office.

In her nine-page complaint, reviewed by Khusboo Narayan and Ritu Sarin of the Indian Express, Tyagi pointed out multiple irregularities committed by Mody. She alleged that Mody had “admitted” to her that “a successful search supervised by him in the case of an opposition leader, firmly secured him in his position as chairman (CBDT) and (that) he could take unfettered action against some officers too”.

Tyagi alleged that Mody informed her that proceedings which were initiated against the “sensitive assesses”. She said the instruction from the CBDT chairman to her came in the last week of April/early May 2019, in which he said that “this work should be completed before the end of May 2019″.

“This direction was shocking but it was conveyed repeatedly, despite the difficulty I expressed to him,” Tyagi wrote in her complaint.

“Mody gave instructions that ‘there should be no record maintained of the fact that he was in any manner, involved in this sensitive case (which Mody asked to close) even for consultations and that it should be ensured that nothing in this file should ever show his linkage, in any manner to this case,” the Indian Express reported, adding that the CBDT chairman put her under “tremendous pressure” to “close this file at any cost”.

In her complaint, she also spoke about how “initial notices” were filed in the said case. She said that before the notices were filed, “it was a herculean task to convince him (the Chairman) that once such information was received, the initiation of the action was mandatory, failing which the careers of the dealing officers would be jeopardised, probably resulting in vigilance proceedings being initiated against them.”

“Even after this, Mr P.C. Mody directed that the draft of the notices would be approved by him. Here again, he failed to accord approval till the very end, despite being aware that he was jeopardising our careers,” she said.

She wrote in her letter to the finance minister that she had “never dreamt” of revealing such details but was forced to do so because of the CBDT chairman’s “manipulative and unscrupulous” functioning.  She also accused Modi of “getting complaints manufactured against officers who do not succumb to his demands.”

Tyagi also alleged that “Mody called her for a meeting at around 8.45/9 pm in his office in North Block” but she ignored his request.

Some of the high-profile assessment cases that Tyagi’s  Mumbai office was handling are the Deepak Kochhar-ICICI Bank case, notices sent to members of Mukesh Ambani’s family under the Black Money Act, the Jet Airways case and so on.

She reasoned that “as a lady officer in the department for 34 years and having experienced the mala fide intentions of such odd hour one-to-one meetings, which are possible to be held at other times too,” she chose not to meet the CBDT chairman.

In her career, Tyagi has held various important positions in the Income Tax department, along with 11 years outside it – as western zone director of the Narcotics Control Bureau and Chairman and Managing Director of the state-owned Hindustan Diamond Co.

Her complaint also listed the vigilance case against her. The vigilance matter was initiated against her with a 2016 enquiry by the Enforcement Directorate (ED) into “some large transactions” in banks accounts of her family members wherein she too was a signatory.

She said that her husband, V. Raman Kumar, a former IRS official who is now a non-resident businessman sold his Nasdaq-listed firm, Mmodal, in 2012. She added that the ED, after a thorough check, “did not find any forex violations and referred the case to the tax department for further enquiry”

“Subsequently, the then CBDT member ( investigation) conducted an ‘exhaustive’ enquiry and found that all credits and debits handled by her were ‘accounted for’ and that ‘the entire taxable income arising from these transactions had been offered for tax’ by her family members,” The Indian Express said.

She also said in her complaint that since she was a government officer, the case was referred to the CBI which found no violation by her.

“The CBI referred the case to the cadre controlling authority of CBDT to see if there was any procedural violation by Tyagi in disclosing these transactions. However, that report too did not find any deficiencies and her vigilance file was put up for closure in 2018,” the daily reported.

When The Indian Express got in touch with Tyagi, she refused to divulge details and said she did not have any knowledge of the complaint letter. The newspaper also sent a detailed questionnaire to Mody and awaits his response. The Union finance minister Sitaraman was also unavailable for comment. The interim CVC Sharad Kumar also declined comment. However, an official confirmed to the daily that since there was no Vigilance angle, Tyagi’s complaint was kept in CVC records.