The official's termination came after a Lokpal court directed the CBI to probe allegations against him of the embezzlement of crores of government funds and 'quid pro quo' deals with a private firm. 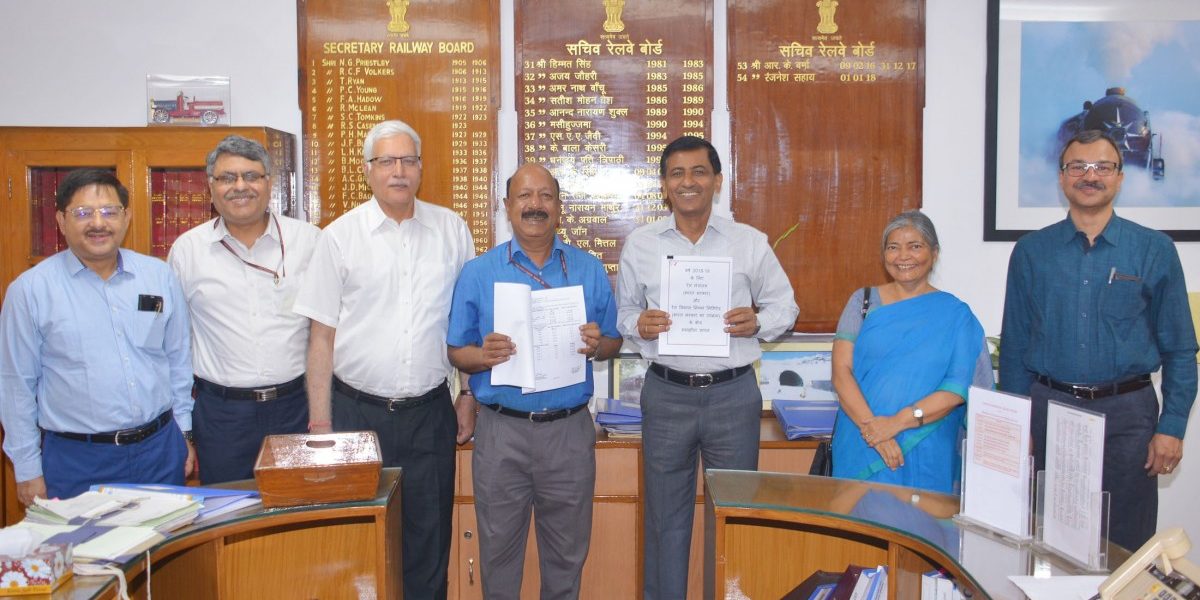 Satish Agnihotri (5th from left) when he was chairman and managing director of the Rail Vikas Nigam Limited, in 2018. Photo: Press Information Bureau.

New Delhi: Satish Agnihotri, managing director of the National High Speed Rail Corporation Limited (NHSRCL) has been dismissed from his post following allegations of past financial impropriety and corruption.

The Railways Board, in a letter to the NHSRCL on Thursday, July 7, notified the termination of Agnihotri’s office and that he will be relieved “with immediate effect”, the Indian Express reported.

Director of projects at the NHSRCL, Rajendra Prasad, had been given charge of the post for three months.

While the Railways’ order did not cite specific allegations against Agnihotri, one month prior, on June 3, a Lokpal court had directed the Central Bureau of Investigation to investigate charges of corruption against him, including misappropriation and embezzlement of crores of government funds and a quid pro quo deal with a private firm.

The NHSRCL is a joint venture between the Union government and the government of the respective state in which a project is being undertaken. Its projects include the touted Mumbai-Ahmedabad bullet train project, expected to be completed by 2028.

The charges have been levied against Agnihotri for alleged acts during his tenure as chairman and managing director of the Rail Vikas Nigam Limited (RVNL), a public sector unit of the railways ministry.

Agnihotri was with the RVNL from 2010-2018, after which he retired. Thereafter, in July, 2021, he was called out of retirement and appointed managing director of the NHSRCL. However, within months of his appointment, on September 30, a complaint was lodged against him and another RVNL official at a Lokpal court, alleging the above-mentioned financial impropriety.

The complaint alleged that Agnihotri and the other official had “misused their official position and diverted Rs 1,100 crore in an unauthorised manner to Krishnapatnam Rail Company Limited (KRCL), a private company, out of the funds received from the Ministry of Railways,” the newspaper quoted the complaint as saying.

Importantly, the KRCL is owned by the Navayuga Engineering Company Limited (NECL), in which the RVNL, too, has a stake.

Further, Agnihotri was alleged to have awarded valuable, multi-thousand crore contracts to the NECL in a quid pro quo arrangement wherein he was made the CEO of the company after his retirement from the RVNL in 2018, without waiting for the stipulated ‘cool-off’ period of one year. The complaint also alleged that the company allotted him a house in Delhi and also awarded his daughter a job at the company in return for the contracts he awarded.

Apart from his alleged dealings with the NECL, Agnihotri was accused of having embezzled government funds by manipulating ‘Performance Related Pay’ metrics, such as by setting easy targets for PSUs to hit and securing an ‘outstanding’ rating to maximise the benefits under PRP.

In light of this complaint, on June 3, the Lokpal court directed the CBI to investigate the allegations against Agnihotri in order to ascertain whether or not any offences are made out under the Prevention of Corruption Act, 1988.

The court gave the investigative agency six months to submit its probe report.

Further, the division bench asked the Department of Public Enterprises to reevaluate the Performance Related Pay police for PSUs when work is nominated to them from government ministries and departments.