In 2014, a section of the media had quickly coloured the narrative surrounding the 'rescue' of hundreds of children with various Islamophobic interpretations. 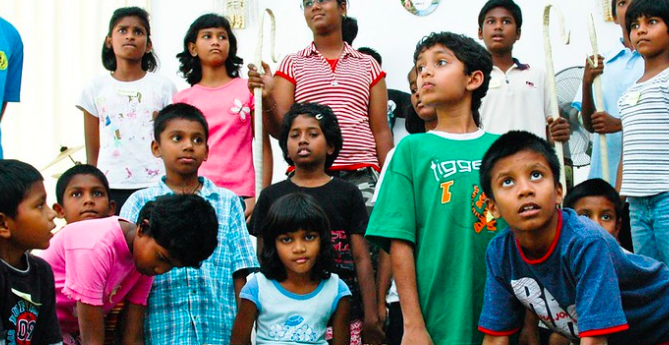 A few days ago, the Central Bureau of Investigation (CBI) submitted, at a CBI court in Ernakulam, its closure report on an alleged inter-state ‘child trafficking’ case, in which the agency had investigated orphanages run by a Muslim management in Kerala.

On May 24, 2014, in Kerala’s Palakkad, the Railway Protection Force (RPF) apprehended 455 children, including 226 boys and 229 girls, who were travelling by train along with more than 40 adults, including the parents of some children and employees working at orphanages in northern Kerala. All of the detainees were natives of Bihar and Jharkhand.

The group was heading towards two Muslim orphanages at Mukkam, in Kerala’s Kozhikode district. Authorities had alleged that the children were being trafficked from their villages in north India to Kerala.

After apprehending the children in Palakkad, the RPF handed them over to the local Child Welfare Committee (CWC).

Among the children, those who had an ID card from an orphanage in Kozhikode were transferred to the Kozhikode Child Welfare Committee (CWC). While some children were sent to their parents, 119 children from Jharkhand and 39 from Bihar, were sent to Godda and Patna CWCs respectively (some of them later resumed studies, while others didn’t).

A police case was registered against four persons, who were accompanying the children, under IPC 370 (5), which deals with human trafficking. Four more persons were also booked later.

It was for this case that the CBI had now submitted its final report, after four years of investigation.

Dismissing charges of ‘human trafficking’ amongst others and allegations against the accused and the orphanages, the CBI probe found something else. Its final report said:

“… it is clear from the testimony of the parents/ guardians of the minor children that there was no angle of pressure, coercion, exploitation, abduction … and in fact they had themselves sent their children to Kerala in the light of a ray of hope that their children would get quality education, good food and other facilities free of cost”.

However, this was not merely a story of an allegation and a criminal investigation.

The children’s detention and subsequent legal actions paved the way for a section of media in the state to spew venom against minorities and their institutions. The developments also shattered the dreams of several poor children and their families.

Back in 2014, when the incident occurred, a section of the media and state machinery portrayed it as an incident of illegal child trafficking. Some media outlets also quickly coloured the narrative surrounding the incident with various Islamophobic interpretations.

Additionally, all the accused in the case – either the relatives of the children or employees of the orphanages – spent nine months in jail, before being released on bail.

‘They came for good food and education’

So who were the children and why had they travelled all the way to Kerala?

The children belonged to poor families from Bihar and Jharkhand. They had heard about institutions in Kerala where both modern and religious education was offered for free, along with accommodation, food, and health care. They already had students studying there and adult members working there. The report submitted by the CBI supported all these claims. The report said:

“investigation has revealed that Mukkam Muslim Orphanage was established in 1956 and registered under Society Act … is also registered with Kerala Orphanage Board [sic] and Kerala Wakf Board … orphans, poor and needy children are provided with all facilities such as food, accommodation, dress, uniform, medical treatment, study material, etc. at free of costs. This orphanage has won two national awards from Govt. of India.”

The probe has found two minor faults on the part of the management by the orphanages: their failure to register the institutions under the Juvenile Justice Act, and their lack of effort to get an official permission to enroll children from other states.

However, the CBI team visited the children’s families and the students who had already studied in the orphanages. It also made a detailed investigation about whether the children had ever faced any kind of exploitation or harassment. The report said:

“… neither at the time of transportation/ journey of the children from Bihar and Jharkhand to Kerala nor during the stay of old inmates in the orphanage, any kind of exploitation was noticed by any witness. During investigation, this aspect has been taken care of and in spite of best efforts, no pressure/ coercion/ use of threat/ use of force/ practice of fraud or deception has been noticed/ established.”

Under the Mukkam Muslim Orphanage, there were separate orphanages for boys and girls. While the boys’ orphanage could, according to the CBI report, accommodate 500 children, the girls’ one could admit 1,000 occupants.

The institutions ran on donations, government foreign grant, such as Red Crescent of UAE. “… funds from donors were majorly contributed as part of Zakat (Zakat is an Arabic word which is meant for everyone following Islam to share a part of one’s earning every year for the up-liftmen [sic] of poor and downtrodden as per Islamic Law, Rules and Conventions),” said the CBI report, adding that these orphanages renew their registration from time to time.

Explaining its findings on how the families from far places got convinced to send their children to the orphanages in Kerala, the CBI report said,

“… the parents of children have stated that they belong to very poor families … Having come to know from fellow villagers whose children were already studying in the orphanage at Kerala, they got impressed. It was basically because of the performance of the children already studying there and free of cost education, boarding, lodging and other facilities to the children [sic]”.

Muqthar, a journalist from Kerala with the newspaper Suprabhatham, recently travelled to Bihar and reported on the current condition of many of the children. He reported that many of them no longer go to school, and are living in penury.

“The CBI closure report exposed a heinous propaganda,” Muqthar told The Wire. “I could trace around 40 students who were sent back. Among them, only four continued studying,” he said.

Muqthar reported on how poor parents in some of the backward villages had dreamt of sending their children to Kerala. These families were convinced, after seeing children from their own neighbourhood travelling to orphanages in Kerala, of positive change in their lives, Muqthar had reported.

Also read: How Propaganda Manufactured a Fear of Muslims as ‘Terrorists’ Within Me

Kerala Muslims have had a long tradition of establishing and supporting orphanages and free educational institutions, which accommodate both orphans and poor children. These institutions have produced and influenced many eminent people in the recent past, including IAS officers, and have also accommodated children from other states, including Jammu & Kashmir.

During the controversy immediately after the detention of the children in 2014, sections of the media in the state functioned as a mouthpiece for the government and abandoned its duty of independently verify serious allegations and report facts. Some went even further and used the incident to spread hate and Islamophobia, by portraying the event as part of some larger conspiracy. Some leading politicians and other public figures also joined the bandwagon and ‘condemned’ the orphanages for the ‘trafficking’ and ‘conspiracy’.